Cary, NC — In a time where his own small business is facing economic hurdles in response to the pandemic, Neal Sugarman knew he had to do something to help fellow business owners.

As a co-owner of International Minute Press, Sugarman said the team came up with the idea to provide signs to Cary restaurants at no charge with the phrase “OPEN Curbside” on them and the hashtag, “DTCaryStrong.”

“The community has been so good to me and so we are trying to help and give back,” said Sugarman. He and his wife Denyce have co-owned the business for over 4 years. 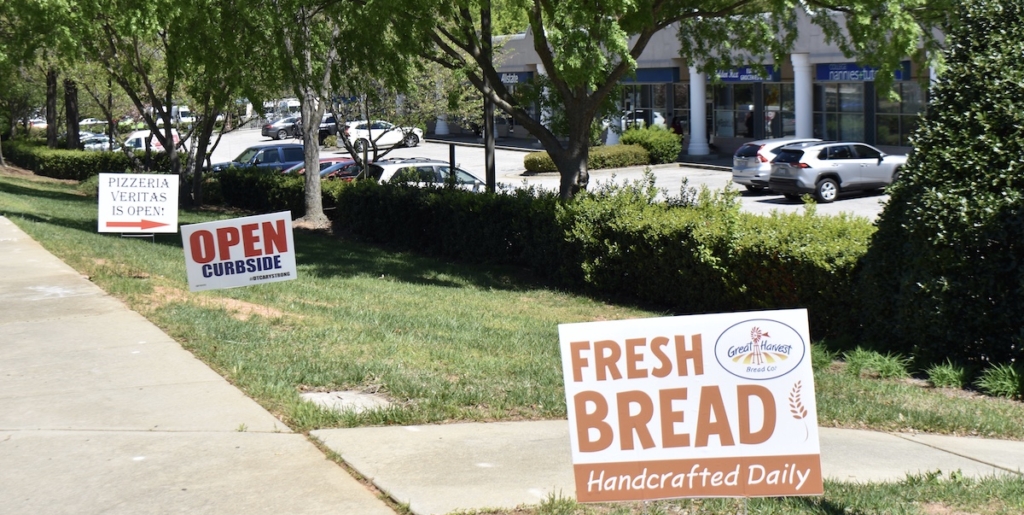 The Open Curbside sign is amongst other local restaurant signs along NW Maynard Road.

The decision to aim their signage toward helping local restaurant owners was an emotional one.

“With these Cary restaurants, I know these people so it started out very personal for me. I eat at these establishments and they’re friends. This all happened so fast for them as though a faucet just shut off and so I felt for them and wanted to do something,” said Sugarman.

Following the March 17 executive order from Gov. Cooper, closing sit-down service at restaurants and bars, many local establishments were thrown into an entirely foreign routine. Some restaurants had to cut down their staff, their menus and some even closed their doors temporarily.

“I was hoping that in doing this, it would bring the spirits up of some business owners that got probably 85% of their business wiped out overnight,” said Sugarman.

Less than 10 days after the executive order upended business as usual, Sugarman announced the free sign offering to a few community Facebook pages. The next day he started delivering the signs to restaurants who requested one and even the ones who hadn’t.

Now, more than 45 signs are dispersed throughout Cary, creating higher visibility for businesses to keep customers coming in or driving up.

“They were very excited and I got to go around and meet new restaurant owners on Kildare and on the Maynard loop,” said Sugarman. 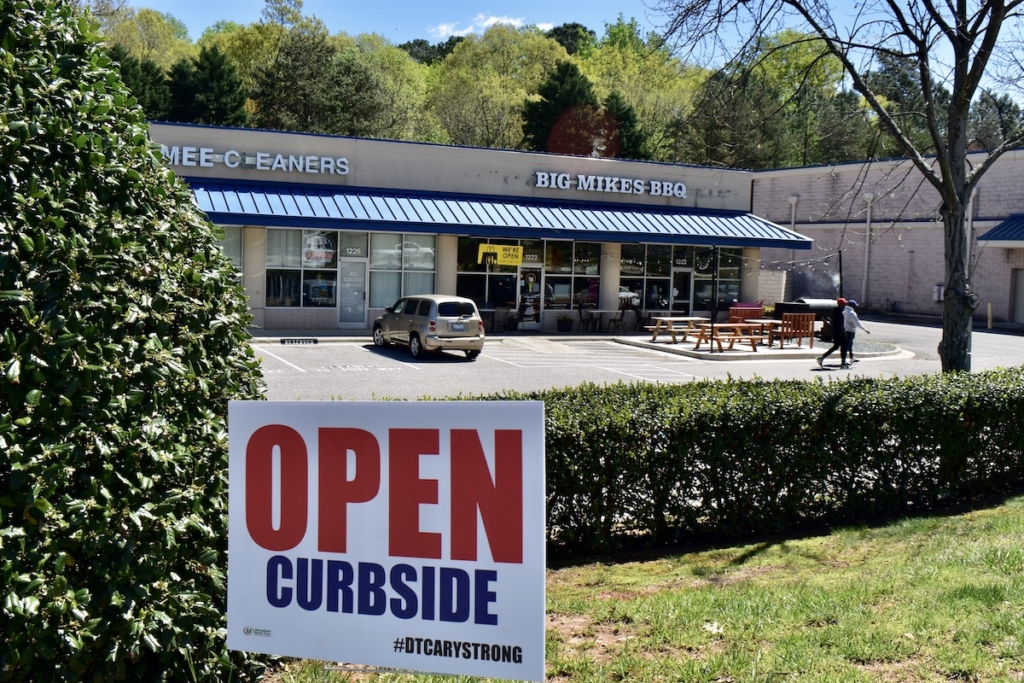 One of Sugarman’s favorite interactions of this project was with Mike of Big Mike’s BBQ who was on Maynard Road when he was making his rounds to deliver the signs.

“He was out with his food truck and I went over there to put the sign down and he said, ‘Hey, that’s a nice sign. How much do you want for it?’ and he was the first person to say that. I said ‘Hey, I don’t want anything other than for you to get a few more customers’ and the guy’s smile just broke out and I could tell it impacted him. It was cool,” said Sugarman.

While it’s been fun for Sugarman to get positive feedback from restaurant owners and locals, he says it’s not at all about the accolades.

“Mainly this was driven by wanting to show some community spirit and to help restaurant owners who are specifically getting pummeled in any small way we can. They’re our customers and our friends,” said Sugarman.

FREE CDC Posters Are Next

According to Sugarman, this community-centered sign project has had an effect on him more than he first realized.

“I want to do more of this whether there’s a COVID-19 pandemic or not, so we’re going to dedicate a certain amount of time to do more things like this going forward,” said Sugarman, who hopes to do similar projects every quarter.

International Minute Press is starting to also take requests from local nursing homes and other businesses who could use printed posters from the CDC website about washing hands and social distancing measures.

“If people, for their businesses, need one of the CDC posters we’d be more than happy to help them so that they can at least get the message out to their residents or their customers,” said Sugarman.

If your business needs these posters or you’re a restaurant wanting to request an OPEN Curbside sign, contact Neal Sugarman by email: neal@impcary.com.