Cary, NC — Today, we’re diving back into the archives for the story of Frank Page, the founder of Cary. 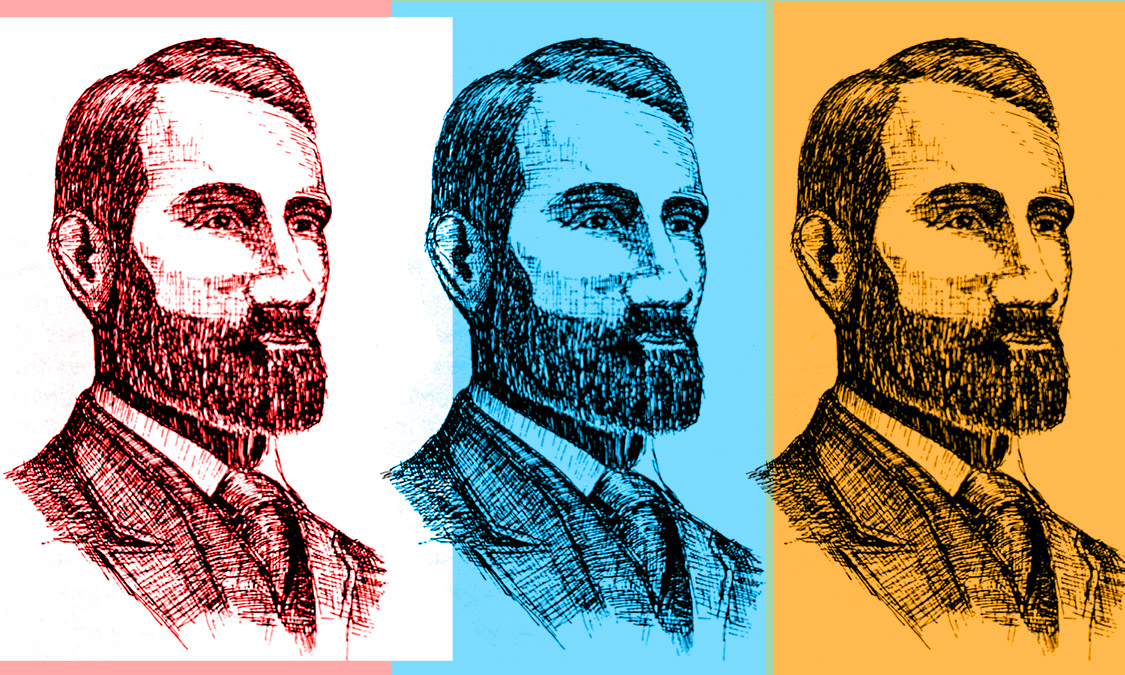 If you’ve ever wondered how the town of Cary came into existence, you’d have to start your search with Allison Francis (Frank) Page.

Page was a big man with strong opinions. According to Tom Byrd in Around and About Cary,

“Frank Page believed in God, high thinking, plain living and hard work. His Methodism was of the most authentic Wesleyan brand. He would not allow employees to curse, and he did not approve of theatre-going, dancing, dicing, and card playing. But his most cherished abomination was alcoholic beverages.”

“He was six feet five at a time when people were shorter on average than they are today. He wore a beard and, frankly, he looked fierce.”

Born in 1824 in northern Wake County, Frank Page’s first job was as a lumberjack, rafting logs down the Cape Fear River. In 1849, he married Catherine (Kate) Raboteau Samuel, and in 1854 they bought 300 acres of land straddling the railroad tracks where Cary’s town hall sits today.

Frank opened a dry goods store, taking advantage of his close proximity to the railroad. In fact, although the tracks ran in front of his house, the closest scheduled stop was the station at Morrisville.

What Page had was a sidetrack, built to allow eastbound and westbound trains to pass each on the single line railroad. Goods and passengers could embark or disembark at what was then called “Page’s Turnout.”

The First Mention of a Place Called Cary

In 1856, the same year the railroad began operating, Page established a Post Office inside the store. It’s the first instance historians have discovered of the name “Cary” to denote the area. Post Office records list a “Cary Post Office,” started on March 25, 1856, with “A.F. Page” as postmaster. Think about that next time you mail a letter.

But Page’s main enterprise was timber. At first, he had a water-powered mill located in the area we now know as Umstead Park. In all likelihood, Page shipped his lumber out of Morrisville Station. By 1863, he had acquired a steam-powered mill and relocated his operation near his house.

According to Burton J. Hendrick in The Life & Letters of Walter Hines Page, Frank thought the Confederacy “a foolish enterprise.” But he owned four slaves and ran his sawmill round the clock for the Confederacy.

The end of the war bankrupted Page, as it did many North Carolina businessmen. Around and About Cary relates an anecdote from the time:

“A destitute family watched one day with bitter amusement while Mrs. Page made a pair of curtains out of worthless $100 Confederate bills.”

Nevertheless, Page was an enterprising man and he began to rebuild his wealth quickly. He won a seat in the post-war North Carolina General Assembly. And by the end of the 1860’s, Page was reaping the rewards of Cary’s first land-boom. The property he purchased for $7 an acre was selling for up to $200.

The new-found prosperity allowed Frank and Kate Page to donate land for a railroad station near his sawmill. In 1868, they built today’s Page-Walker Hotel for train passengers. Frank laid out the central district of the town in 1869. In 1870, he donated the land and some lumber to help found a private boarding school where Cary Elementary sits today. 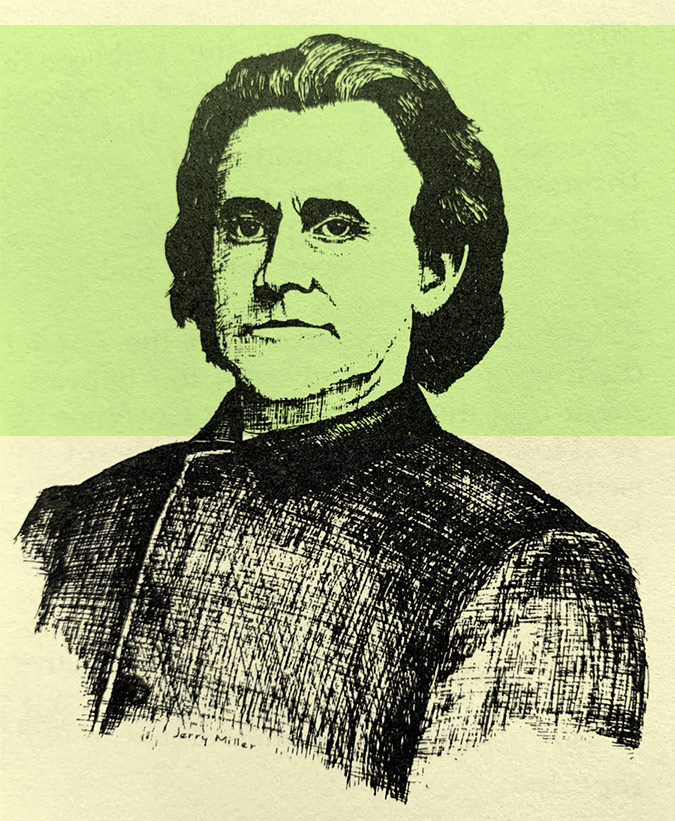 Frank had the town incorporated in April of 1871 and became its first mayor. He named the town in honor of Samuel Fenton Cary, a national temperance leader and politician from Ohio. Legend has S.F. Cary visiting the area on his temperance crusade in the 1850’s, although no records exist to corroborate the story.

A newspaper account in The (Raleigh) Telegram places Samuel Cary in the State Capital during February of 1871 to deliver a series of “grand temperance lectures.”  Cary had been a Union officer, rising to the rank of General. Page named the town after him anyway, his abhorrence for alcohol trumping any bitterness over the war.

General Cary never returned to North Carolina. But as a devout prohibitionist, Page established the town as a “dry” municipality, where the sale of whiskey was forbidden within two miles of town limits, upheld until 1964.

Once again, Page’s fortunes took a turn for the worse, eventually driving him from the town he established to seek his fortunes elsewhere.

Tobacco consumption had skyrocketed after the Civil War. Page saw an opportunity and built a three-story, all brick,  80×80 tobacco factory on the present site of the Fire Administration Building. Unfortunately, the Panic of 1873 swept the country just as the building was completed.

No records show that the factory ever operated. It’s not listed in an 1877 business directory. By 1880, Page was probably in debt for the substantial sum of $10,000.

Frank and his son Robert began looking for new lumbering opportunities in the Sandhills. On February 14, 1880, Page loaded his sawmill on a special train and relocated it to 640 acres in Moore County that he purchased for $3.50 an acre. Page moved the family to his new house Aberdeen in early 1881.

The Pages did well in their new environment. The family expanded their enterprises to include railroading, banking and real estate. In 1884 he sold the Page Hotel to J. R. Walker. Frank had the town of Aberdeen incorporated in 1889. The resort town of Pinehurst is built on 5,000 acres of cut-over Page land.

In 1893, Page moved to Raleigh. According to Samuel Ashe in A Biographical History of North Carolina, Page built the Park Hotel because he wanted to see “a first-class hotel without a saloon” in the State Capital. He also built an opera house, and Page Hall, a dormitory for boys at the Methodist Orphanage.

Kate died in 1897. But Frank, now age 74, was not done living. Surprisingly for such a strict, authoritarian man, Page “took to driving fast horses,” according to Robert Page III, as quoted in Around and About Cary. Even worse, he remarried within 15 months of Kate’s death. The lucky bride was 37-year-old Lula Brookshire McLeod. They purchased the home of A.S. Merrimon, the late chief justice of the North Carolina Supreme Court.

Needless to say, the family was not particularly welcoming to the new Mrs. Page.

Frank died on October 16, 1899, at the age of 75. Despite his last will dictating burial in Raleigh’s Oakwood Cemetery as directed by the second Mrs. Page, Frank’s sons traveled to the Capital, reclaimed the body, and buried him beside his first wife Kate in Aberdeen. 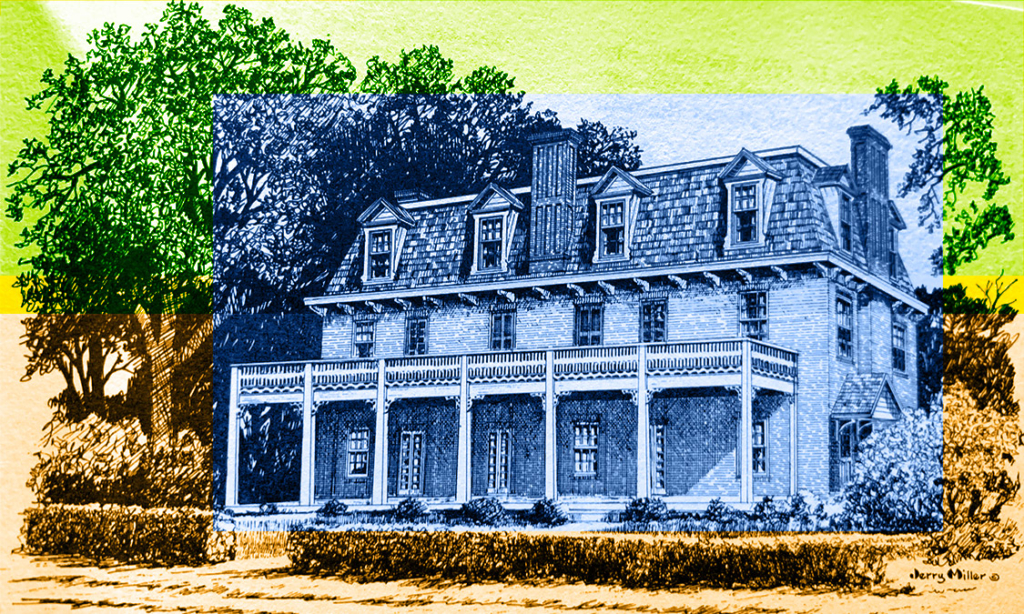 The Page-Walker Hotel (now the Town’s Arts and History Center) stands as the largest physical representation of Frank Page. The Page homestead burned to the ground in 1970. Frank Page’s smokehouse still stands behind the Page-Walker Center.

But Frank Page’s greatest legacy may have been his enterprising spirit. A practical man, he was also a risk-taker and a dreamer, imagining a community where there was just a railroad turnout.

A plaque dedicated to the memory and accomplishments of Frank Page stands outside the entrance to Town Hall.

Republished from CaryCitizen Archives. Illustrations by Jerry Miller. With grateful thanks to Tom Byrd and Jerry Miller for their scholarly work in Around and About Cary, available for purchase at The Page Walker Arts and History Center.