Cary, NC — Cary Towne Center, once slated for redevelopment as mixed-use, is now under consideration for a 239,000 square foot, $193 million indoor sports facility.

Like many malls in America, Cary Towne Center has seen an erosion of its business model, with three of its four department store anchors (Sears, JC Penney and Dillards) closing over the last few years. With ownership changes and the fallout of plans to bring IKEA and Top Golf to the center, plans to wipe the slate clean got in the works early last year.

In 2019, Town Council voted to turn the 87-acre site into a Mixed Use District – businesses, apartments and retail.

When did an indoor sports complex come into the picture?

Plans changed when Wake County put out a request for funding proposals following their 2018 completion of their Destination Strategic Plan.

This Wake County plan outlines a need to strengthen the county’s competitive position as a sports tourism destination. The Wake County and Raleigh leaders involved in the plan agreed to allocate tourism money on an indoor sports stadium and the proposal request was designed to attract developers, governments and other interested groups to apply.

As a result of Wake’s request for applicants, Cary began looking at using the Cary Towne Center land for a community recreational space. In combining the citizens’ desires to see the Cary Town Center site used for something more special and the fact that Cary has been assessing its needs for indoor recreation, specifically in western Cary, Cary put in their proposal.

According to the Town website, “This [indoor sports facility] could be used to supplement and/or replace the aging and outdated Herb Young Community Center.”

“We spent most of our time talking about the multi-purpose recreation venue that the town is proposing to the county. We were also able to look at preliminary renderings. If this venue comes to fruition it will be an amazing place that will serve not only Cary citizens but the communities around us,” said Weinbrecht.

Stegall, in his Town Manager report the same week said, “On Thursday [Jan. 16], we made our formal presentation to the RFP submittal joint evaluation committee for the indoor sports facility.” Stegall went on to say, “Our 15- minute presentation was followed by over an hour of questions. My primary message was that supporting our partners is our top priority. The team expects to make its recommendation to Raleigh and Wake County on February 10 and 11.”

Latest Updates and Next Steps

Graphic of the entry-level floor of the complex.

The Wake County Board of Commissioners and the Raleigh City Council heard presentations earlier this week about the project and will consider the proposed complex at their upcoming meetings.

Both boards must issue their approvals before any spending from the tourism tax can be put toward the project. Cary has requested a sum of $35 million.

According to WUNC, Wake Commissioner Susan Evans had this to say after the Feb. 10 presentation.

“I just want to say how perfect I think this location is. Not only does it help revitalize the Cary Town Center that very much needs some new life, but this is such an accessible location,” said Evans.

Details of the proposal include:

During the February 10 presentation to the Wake County Board of Commissioners, a recommendation was made that the City of Raleigh and Wake County commit funding of up to $2.36 million per year for 25 year. Should this come to fruition, it would total a contribution of $59 million. This would make up just over 30 % of the total estimated cost of $193 million and well surpasses Cary’s requested amount of $35 million.

This is the projected timeline of the project which can be found in Cary’s proposal to Wake County. 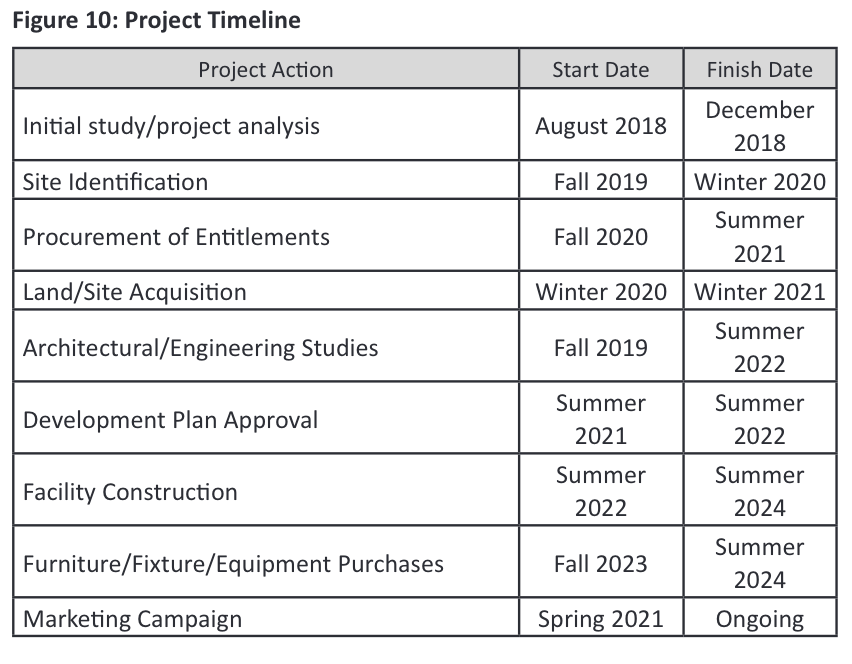 Crucial Meetings in the Coming Days

Monday, Feb. 17 the Board of Wake County Commissioners will meet and Tuesday, February 18 will be the next Raleigh City Council Meeting. If the proposal is approved in both meetings, the boards will work closely with the Town of Cary over the next several months to further solidify development plans. Then, the funding agreement would be brought back to the table for approval by all three entities, the Town of Cary, The City of Raleigh and Wake County.

Story by Ashley Kairis. All renderings courtesy of the Town of Cary. 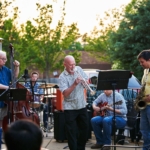 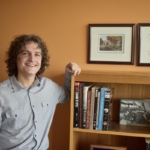