Cary, NC — He’s a father, a husband, and a curly locked, Georgia born music lover. William Lewis, who has called Cary home for 18 years, joined the Town of Cary staff as Cultural Arts Manager in August 2019.

Lewis’ hire followed the retirement of Lyman Collins, who served more than two decades in the role. Collins’ accomplishments in Cary included working on the construction of Booth Amphitheatre and the renovations of the Cary Arts Center and The Cary Theater.

“I wasn’t really looking for a job,” said Lewis, “But Lyman reached out to me to say that he would be retiring and that I should look at this job.”

Collins continually encouraged Lewis to read the job description and once he did, Lewis said it seemed tailor-made for him.

At the time of applying, Lewis had been commuting from Cary to Raleigh for 15 years working at PineCone, the Piedmont Council of Traditional Music. Lewis had worked 4 years as a Program Associate and 11 years as their Executive Director before being offered the gig of Cultural Arts Manager in Cary.

“The more I thought about it, the more excited I got about digging in on my home community,” said Lewis. “It was a moment where I could think about how I could really help improve my own backyard. Now I have a 2.5-mile commute to work.”

In his January 2020 State of Cary Address, Mayor Harold Weinbrecht said, “While Lyman Collins was doing wonderful things in Cary, William Lewis was all over the triangle doing amazing things in Cultural Arts, so that was a great snag on our part to get William as our Cultural Arts Manager and he is going to be fantastic.”

Lewis’ responsibilities include overseeing Cary’s guide programs ranging from festivals and events to public art, classes and camps. He is also tasked with the programming of facilities including Koka Booth Amphitheatre, The Cary Theater, the Cary Arts Center, and the Page-Walker Arts and History Center. 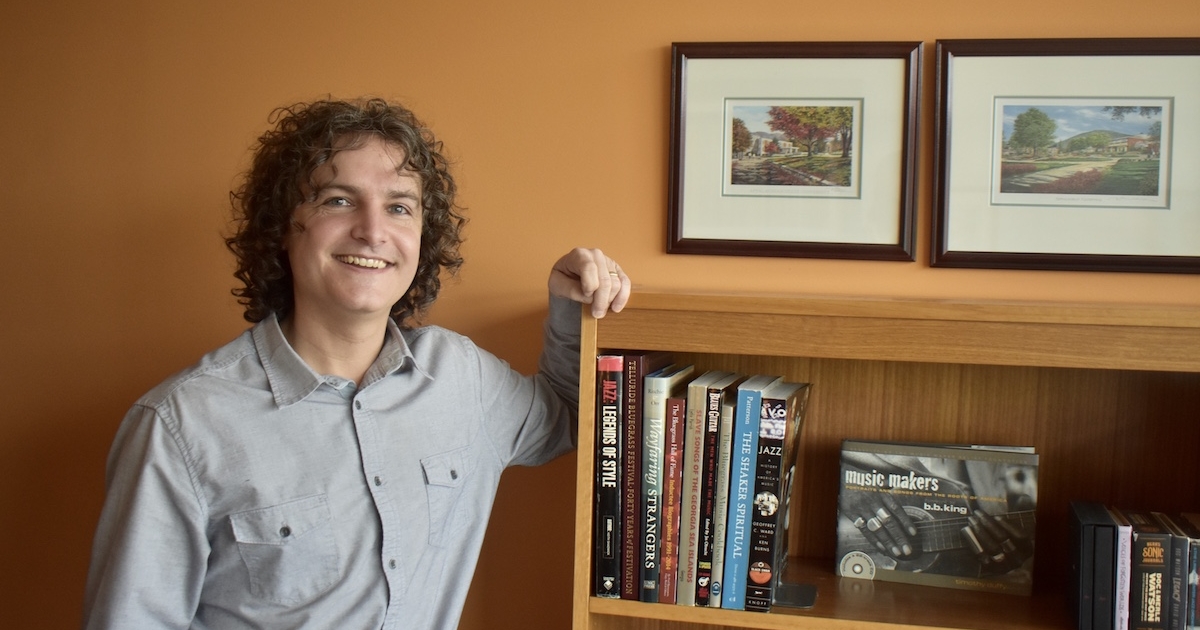 Leaving behind the Greene County farming community he grew up in, Lewis went on to study Cultural Anthropology at Appalachian State. It was there that he got his first formal introduction to Cultural Arts, studying topics of living traditions, music, dance, food and dialect and how they all play into the cultural experience.

“Going from where I was in central Georgia to the mountains of North Carolina was a very distinctive cultural difference. I could see just within that short move of 5 hours that cultural traditions and community values can be very different. That’s what really piqued my interest,” said Lewis. He went on to earn a Masters from UNC-Chapel Hill in their Folklore program before having his “turning point” moment.

He had been on an academic track, fully intending to teach Cultural Anthropology when he took an internship with the NC Arts Council in their Folk Life office. His path was altered by the work he did within cultural tourism, using assets of a particular town and regions to create tourism opportunities. He then started to look at the non-profit sector of cultural advocacy and that led him to PineCone.

“My whole background is based on cultural activity as a connection to people and to place and what it means to your own cultural expression and identity. Through PineCone, I got executive experience in fundraising and program development,” said Lewis, who now is bringing that expertise to Cary.

Speaking to the stance that the Parks, Recreation and Cultural Resources Department has on Cultural Arts, Lewis said, “What I like about the connection that we make between culture and arts is that they aren’t separate. Arts are just one form of culture, but a really important one.”

“I think what I’ve learned about Cary is that Cary’s very proud and very diverse, but also very bold and very progressive in the sense that people can find their place here and nobody is going to box us in,” said Lewis.

Speaking about projects like the upcoming $50 million downtown park and indoor sports center made Lewis smile. He said, “Who does that? Cary does that! And the people support it.”

According to Lewis, the Cary Downtown Park will bring up to 1,000 activities any given year. He views this park as a key opportunity to have an outdoor showcase to highlight the rest of what Cary has to offer.

Everything that is planned under the Cultural Arts umbrella is informed through the community’s input to the Imagine Cary Plan. “We’re not just making this stuff up; these are Cary citizens saying this is the quality of life we want and expect, go deliver,” said Lewis.

While Lewis is very happy with the accomplishments of what has been built and created to make Cary a hub of cultural activities, Lewis says he’d like to see Cultural Arts expanding into the full footprint of Cary.

“In the future, taking those arts experiences into the community across the entire town of Cary is what we have a goal to do,” said Lewis.

This may involve a permanent structure, going into the schools, doing pop-up cultural activities in neighborhoods. Lewis said it could manifest itself in a lot of different ways, but he does see the need for Cultural Arts to get out there and do more for the community as a whole.

The town also doles out grant funding to external, non-profit cultural groups that bring about a variety of events such as the Diwali Festival, Asia Fest, the Ritmo Latino Festival, the Cary Ballet, singers, theater groups and dozens more. Lewis says, “We can do better about strengthening our community partners to make sure that we’re covering the entire town.”

Utilizing his convening and collaborative leadership style, Lewis is hoping to create an environment where his staff has a seat at the table and can feel free to be creative, take smart risks and not be afraid to fail.

“If you have people who work for you, you trust them to do their jobs. You get the best people in the right job doing the best of their abilities, then you can turn them loose and that means that you’ll have some successes and some failures, but that’s just the natural part of any kind of life,” said Lewis.

Lewis encourages all Cary citizens who wish to get involved with Cultural Arts in Cary to engage in some way. There’s the informal method of participating, which is volunteering. There can be up to 3,000 cultural arts activities in a year and those aren’t possible without local volunteers.

For anyone who wants to take their involvement to the next level, there are committees and advisory boards that occasionally have openings. This process is a bit more formal, with applications, an interview process and 3-year terms.