Cary, NC — Since we last reported on the status of the pandemic in and around Cary in July, masks mandates have returned and so too have increased levels of COVID-19 cases at the local, state and national levels.

ICU Capacities In & Around Cary

The source for Cary-specific numbers in previous reports was through the Town of Cary Emergency Operations Center which was activated toward the start of the pandemic. As of June 2021, with the easing of restrictions, these reports ended with the most recent being from June 11, 2021. At that time, the total cumulative case count for Cary was marked at 8,061.

Since then, Cary’s Emergency Operations Center has been reactivated with the new Emergency Order and mask mandates in effect, but no new reports have become available to date. According to a member of Cary’s Public Safety Communications team, the Town was in the process of deciding what metrics to track and had not started compiling reports as of late August.

That said, there are still a few statistics specific to our community out there, one from a New York Times hospital tracker and another through Wake County’s COVID dashboard. 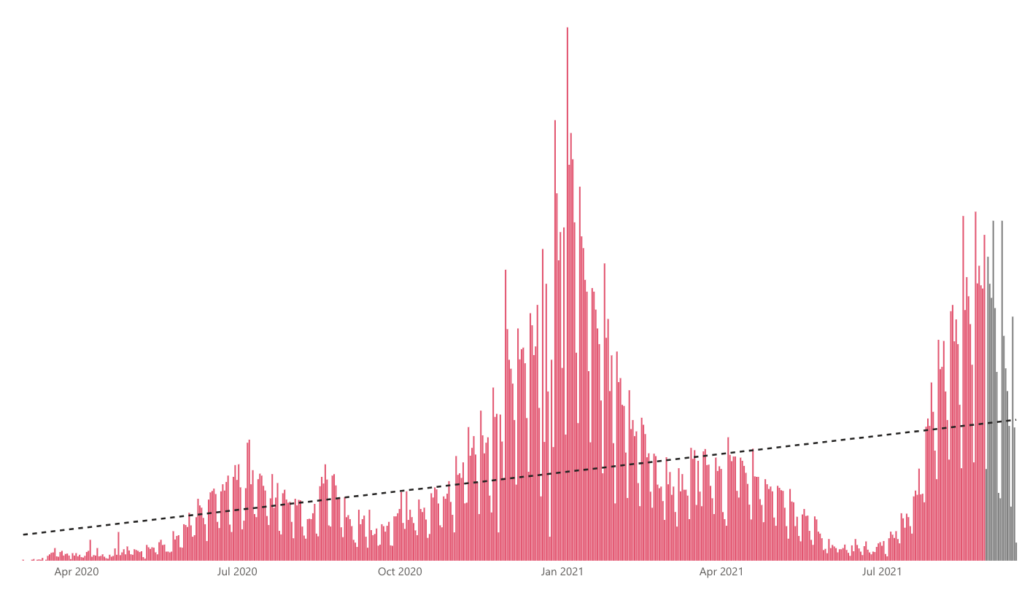 Total cumulative cases in Wake County have reached 119,500, according to the Wake County COVID-19 Dashboard.  Of these total cases, 10,189 were reported in Cary. The above chart shows the upward fluctuation of cases since the surge most recently related to the Delta variant.

On the vaccine front, Wake County has one of the highest vaccination rates for North Carolina, currently at 67% for people at least partially vaccinated and 63% fully vaccinated. Those rates hit a low in early July before ramping back up with the emergence of the Delta variant. For more on this variant, see our last Cary COVID Report.

NC Ranks 6th Highest in the U.S. for Daily Cases

North Carolina has made its way near the top of a list of the U.S states with the highest daily positive case counts. Currently, NC’s average is 6,873 new cases per day.

The highest reported daily average belongs to Texas with 18,222 and is followed by Florida and California, each with more than 10,000 cases per day. Keep track of these trending numbers from the New York Times.

Over Half of U.S. Population is Fully Vaccinated 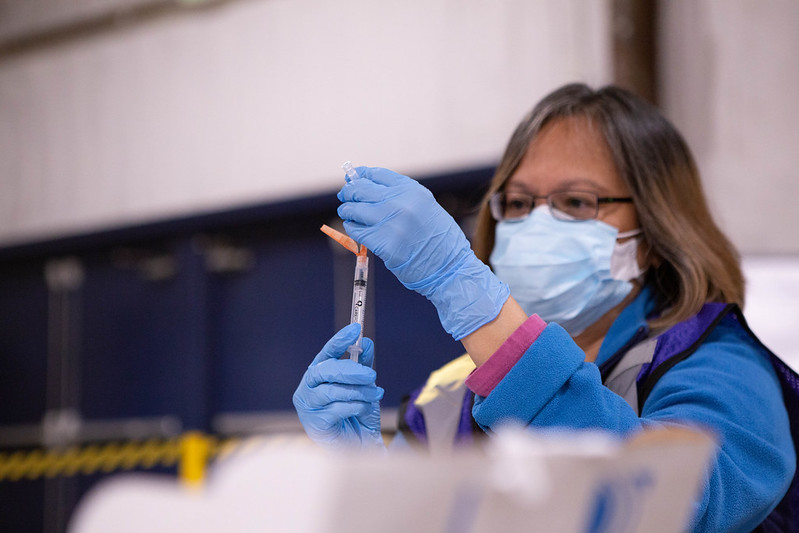 The Johns Hopkins Coronavirus Resource Center reports a fully vaccinated rate of 55% for the United States, representing 179.7 million Americans. Just yesterday, on September 15th, over 800,000 doses were administered in the U.S.

Along with these vaccination rates come the numbers that monitor the toll the virus has taken on the country’s population. For this, the JHCRC also keeps track of the total cases and deaths reported in the U.S. To date, the country has seen over 41 million cases and 667,894 deaths. Of these deaths, over 41,700 were reported in the last 28 days.

To see more COVID information at a national and global scale, we recommend taking a look at: