Then, just 5 days later, she earned her second medal alongside 3 other USA triathletes as they took the silver in the first-ever Mixed Relay Triathlon in Olympic History. 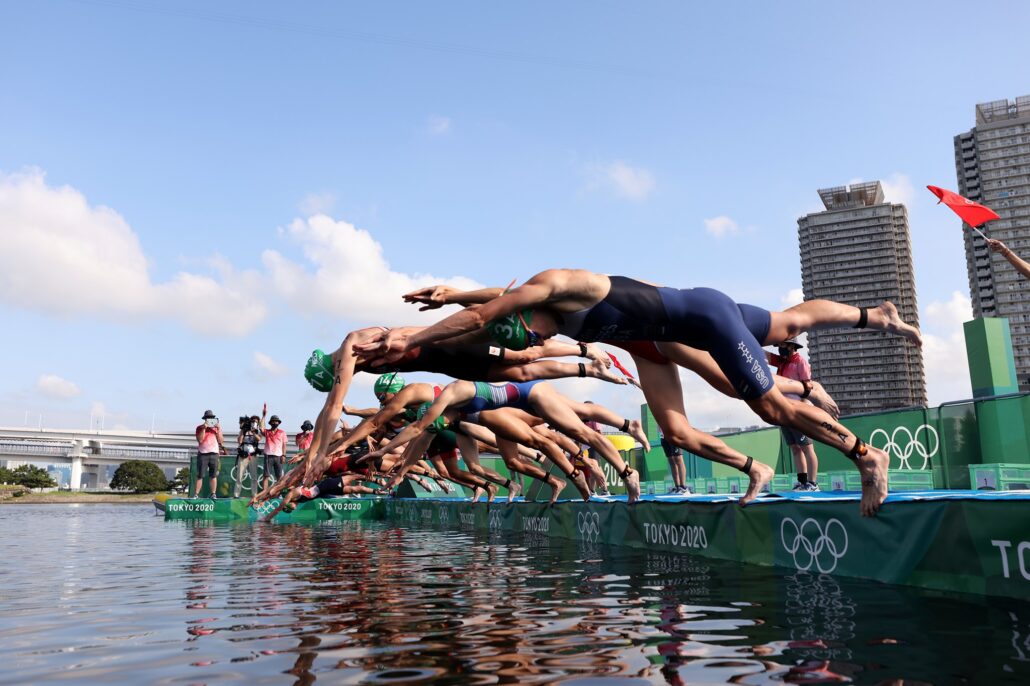 Following her solo victory Monday, Zaferes was selected to take on leg one to get Team USA off to a hot start, which she certainly came through with. The remaining legs and transitions were up to her teammates, Kevin McDowell, Taylor Knibb and Morgan Pearson.

Zaferes did her part to give the Americans a narrow lead on the first leg before the team dropped into fourth by the end of McDowell’s. Once Knibb took over, she gained a position for the team, leaving Pearson in third place going into an extremely tough-looking final leg.

Pearson was up against France’s Vincent Luis and Britain’s Alex Yee. The three transitioned off the bikes to the final sprint together, making it a battle of grit and speed to the finish line.

Yee took the commanding lead to earn Team GB the gold, and thanks to Pearson passing Luis halfway through the run, the U.S. claimed the silver. Timing-wise, it was just seconds that made the difference. 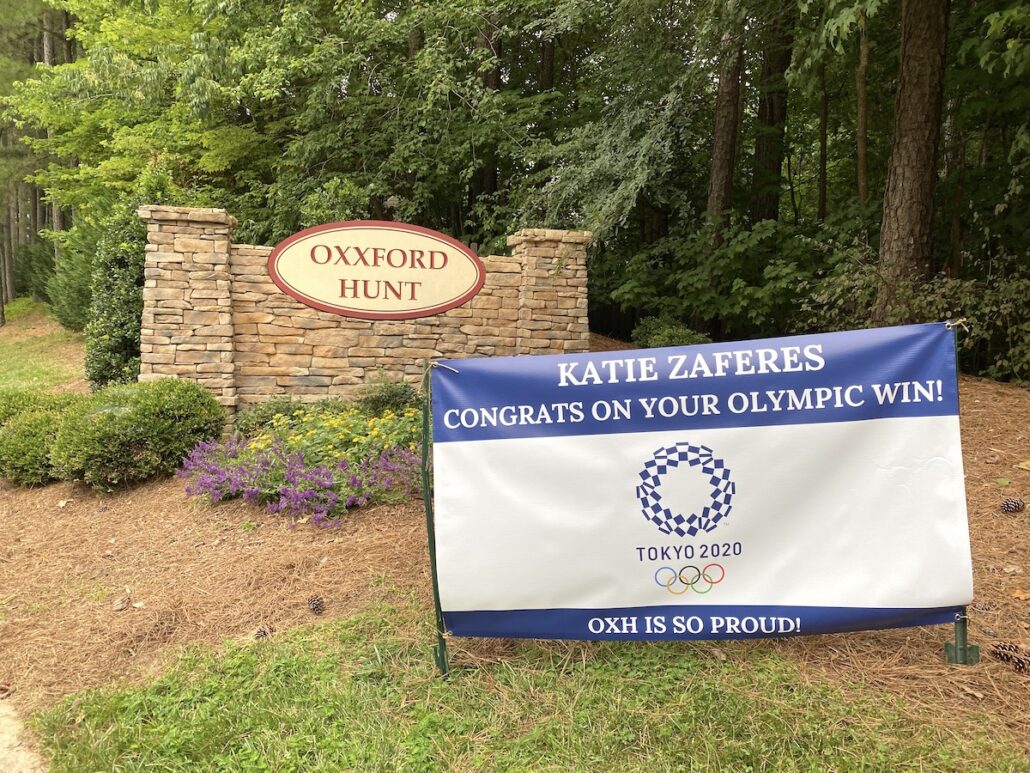 While Katie Zaferes and her husband Tommy Zaferes have not been residents of Cary for very long, they certainly are being celebrated like natives!

On a drive through Cary this week, I passed by a few banners congratulating the hometown Olympian’s success. On top of that, there are many people around the community and the country chiming in on her amazing accomplishments in Tokyo online.