“My father was Connie Reaves and my mother was a Turner. She was born in Cary. My father was born near Sanford. While working on the railroad in Cary he met my mother, so he moved to Cary and they got married. They had ten kids. When I was a child, Cary was tiny.

You could roller skate on Highway 54. Every now and then a car might come by.

When the Cary Colored School burned down in 1936, nobody knew what happened. Some said it was set afire. The same year I was supposed to start first grade there, but it burned down. We had to wait until they built our school. My parents and friends from church joined up, along with Clyde and Lovelace Evans on the black school board, to build a new school. They all worked really hard to get a school built, which is now called Kingswood. I was one of the first children to start there in the first grade.

It was a very small school to start, with maybe three teachers. Then I went to Berry O’Kelly High School in Method.

It bothered me when I had to pass by the white school in Cary to go stand out on Highway 54 in the cold, get on the bus, and go six or seven miles to my own school.

I married Herbert Evans who was a plumber. We had three children. Herbert was the son of James Lovelace Evans. Lovelace bought the land from Highway 54, down Evans Road past West Cary Middle School for $500. Later, he sold the land to the town to build the segregated West Cary High before it became West Cary Middle.

In 1968, a white lady, Margaret Keller, brought all the churches, black and white, together to open a thrift shop to raise money for anyone that needed help. I helped her get the Dorcas Shop started. I love to help folks. We started on Cedar Street, then moved to other locations around downtown Cary until we built the building on Maynard Road. I was the shop manager for fifteen years, and then a day manager. The money raised in the shop pays to help people who need rent, or food, or to pay their bills.

We also started the Carying Place to help folks get homes when they are about to become homeless. It’s run independently now, but I still go there to help. My church, Cary First Christian, works together with the white Good Shepherd church four times a year to feed those families from the Carying Place.

We also work together for Habitat for Humanity. Every fifth Sunday the two congregations get together. We go to their church, then the next fifth Sunday they come to ours. We’ve been doing that for over twenty-five years or more, since before they even had their church building.

You all get to know each other and become a community. That’s the way it should be.” 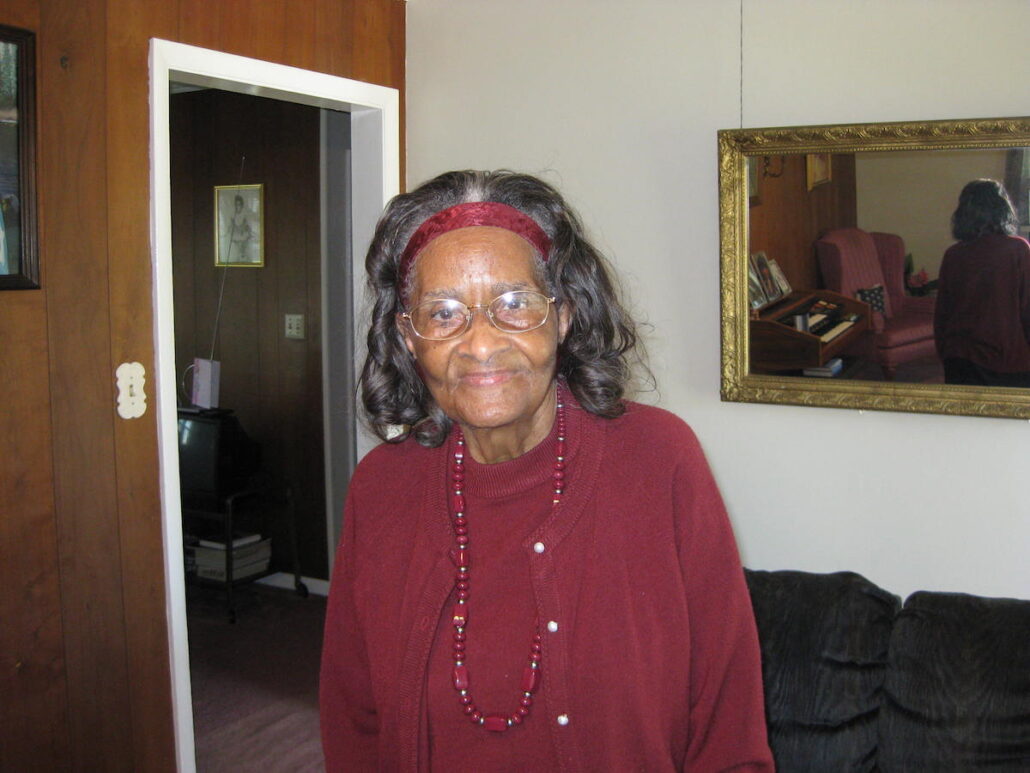