Cary, NC — For any pure hockey fan that watched the first game of the second round between the Carolina Hurricanes and Tampa Bay Lightning, they saw a great game.

Canes fans may not have liked the outcome but the 16,299 in attendance saw two powerful teams play excellent games with Tampa Bay getting the game-winner a little over midway in the third for a tight 2-1 win.

Niederreiter Out For Series 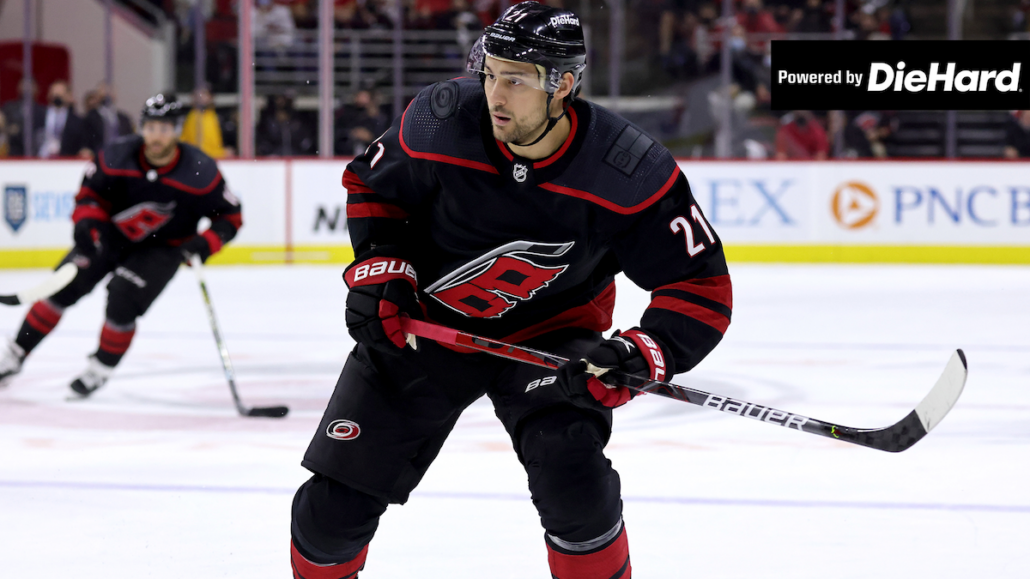 Whatever happened at practice to Nino Niederreiter on Saturday, it was bad enough not only to have him sit out this game but according to coach Rod Brind’Amour, is more than likely out for the entire series against the Lightning.

With Nino out, that means former Lightning Cedric Paquette is back in the lineup. Paquette may not have the scoring touch that Nino possesses but has all of the grit and grind plus maybe a little sandpaper, and playing against your former team always gives you that extra boost, not that Paquette needs it.

With all the legitimate hype surrounding the shenanigans Tampa Bay has done with their salary cap and how they played, and won, against “the system,” many analysts have said Tampa Bay is the team to beat. The Canes and Colorado may not agree, however.

Quick details are the cap is $81.5M, because of a rule (which needs to be addressed by the board of governors in the offseason) that allows for teams to go above the cap during the playoffs with the intent of bringing up minor leaguers to have a bigger pool to practice and fill in when the inevitable injury occurs.

Tampa had their top 2 players out on Long Term Injured Reserve (LTIR) for the season. When a player is put on LTIR, their salary does not go against the cap. When that occurred, Tampa traded for other top players. Miraculously, both players came off LTIR the day after the regular season ended. Now their salary is $98.9M with another $7.5M of 2 more players on LTIR. The Canes cap is just under $79.5M which includes over $2.3M for the buyout of (mistake) Alex Semin. 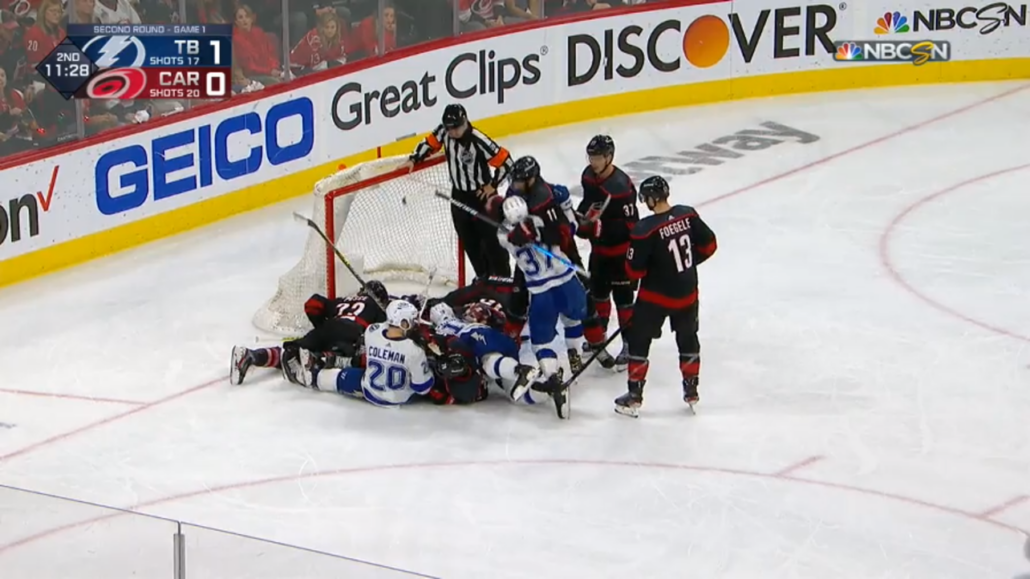 Once the puck drops, there’s not a player concerned about salaries. The only concern is doing their shift to the best of their ability. The Canes started the game on time and were all business. Unlike the first round in which Brind’Amour started the fourth line for all games, Jordan Staal’s line started with the hope of gaining the first possession.

That strategy paid off and the strongman won the initial faceoff with Andrei Svechnikov swiping the puck into the Bolts’ ends to get the Canes off and running. Svech needs a morale booster which for a natural goal scorer is simple, score a goal. He got the first shot off that went wide of All-World, fellow Russian Andrei Vasilevskiy.

The Canes had two prime chances in the first with two powerplays. Roddy shuffled the powerplay units, possibly because he either saw something he wanted to change or knew Tampa Bay would review tapes and wanted to throw them off. The Canes powerplay units are really interchangeable. As Roddy says, this team has talent that he hasn’t seen in a long time.

His changes looked good but didn’t have the ultimate outcome which of course is a goal but the movement on both man advantages was excellent. The powerplays helped the Canes get off 15 shots on net compared to the Bolts’ 12 with Vasilevskiy and Alex Nedeljkovic stopping everything. 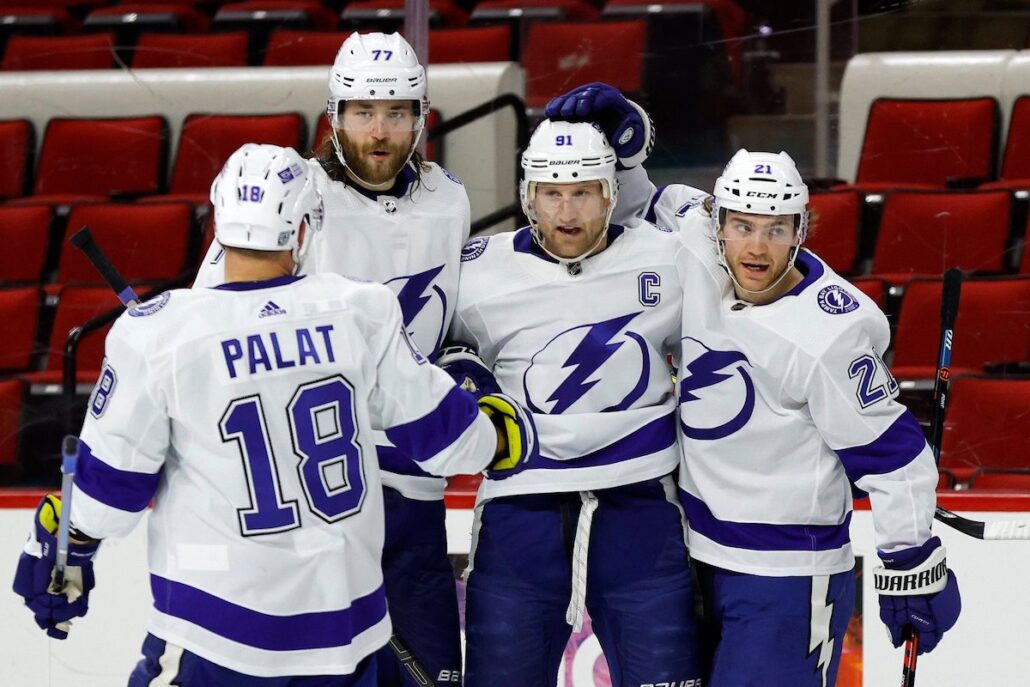 The Caniacs did what they Caniacs do best and that is got loud and got the Canes even more pumped for the game. The Bolts are a big team, real big, but they’re also a highly skilled team.

Nashville was big, not as skilled, and played more of a physical game. The hits in some first round games topped 60 for both teams. Tampa had a game-high 37 hits but those 37 probably felt like 60 from Nashville. Brock McGinn, a player that actually likes a physical game, got called for an inadvertent high stick early in the first. Ginner is also one of the better penalty-killing forwards, so having him off has a double negative whammy.

The PK was looking good having thwarted about 4 consecutive entry tries by Tampa Bay. It was the fifth that resulted in the game’s first score. Tampa enters the Canes zone with 4 across with Victor Hedman passing over to Brayden Point on the right. Point went to the boards with Jani Hakanpaa, knocking Point into the boards and the puck loose.

Nikita Kucherov picked up the puck, passing over to Hedman at the high slot. Point got a step on Hakanpaa and went straight to the net, deflecting a pass from Hedman that Ned partially blocked but squeaked in between the pads. Paquette got a penalty shortly after that goal but the Canes PK came up strong, stopping everything Tampa had, not allowing a shot on Ned.

While on the PK, Ginner and Kucherov were exchanging whacks in the corner with Kucherov going a little too far with a cross-check to the back of Ginner’s neck. Later in the period, Dougie Hamilton’s 12’ reach worked against him as he tried swiping the puck as Point was crossing the Canes blue line and got the skates for a no-questions-asked penalty.

Aggressive play by Jordan Martinook on the man down defense drew a tripping penalty just 48 seconds into Hamilton’s penalty. Neither team could get anything past the netminders with Carolina getting the only shot on net on the 4-on-4 man advantage. Knowing Roddy, he had to like what he saw on the powerplay and would tweak it even further during the second intermission with the hope the Canes would get another opportunity.

Bean Gets First Playoff Goal to Tie it Up 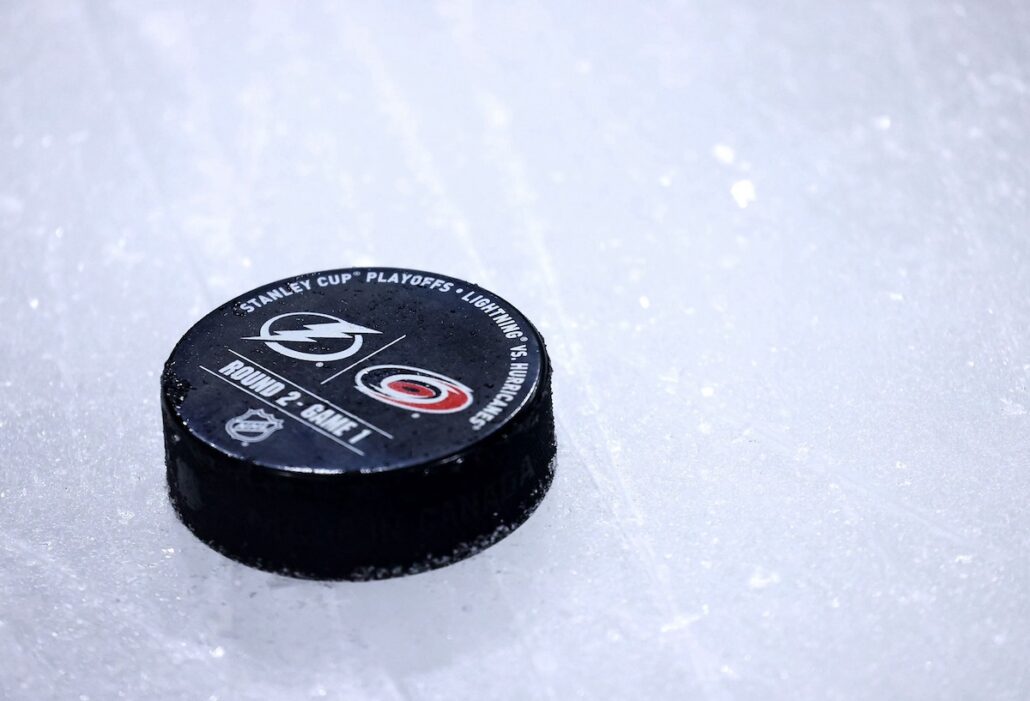 Vincent Trocheck made it 3 consecutive periods for the Canes winning the initial faceoff, giving the Canes the first possession which is key as it was the tail end of the 4-on-4 and would start 1:12 of a Canes powerplay allowing any changes Rod wanted.

The first PP unit was keeping the puck in the Bolts’ end but after a clear, the second unit came out. Jesper Fast won a battle in the far corner, passing up to Jake Bean. Beaner carried the puck to the center, passed down to Svech at the top of the near circle. Svech looked to the inside, didn’t see anyone open and passed back to Beaner. To keep the Bolts on their toes, Beaner quickly passed back to Svech who fed Beaner a pass to his right.

Beaner went to the top center, sending a shot to the goal that, with Fast providing a perfect screen, hit the back of the net to tie the game with just 1:41 gone. A huge goal that energized the Caniacs to sound like a full barn. The Canes had another powerplay opportunity due to an innocent high stick by Anthony Cirelli on Trocheck. The Canes couldn’t put one past Vasilevskiy but did manage to get 2 shots on net. 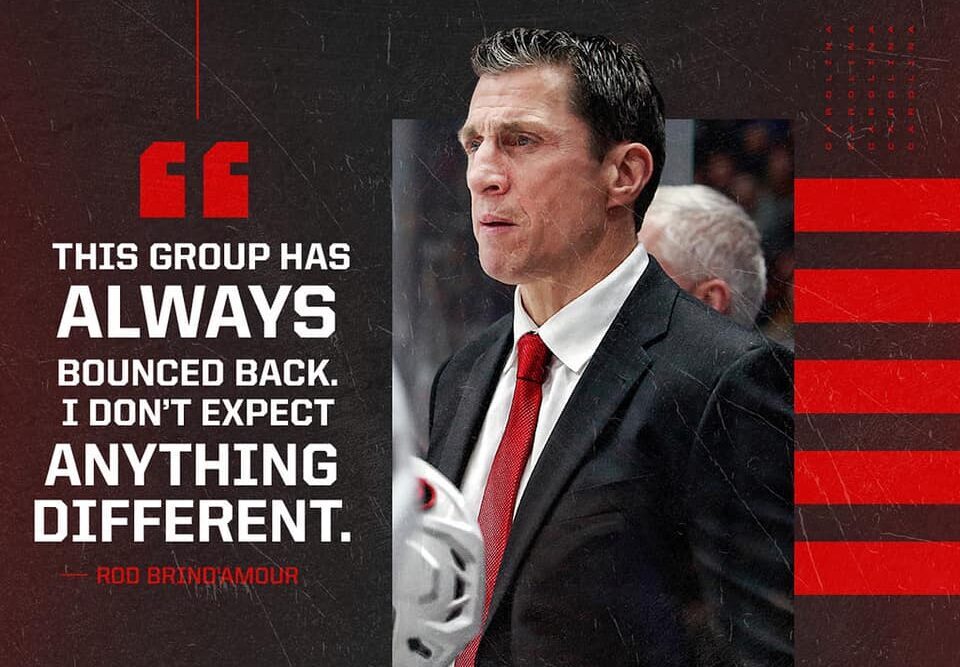 With 7:21 left in the game, Barclay Goodrow picked up a loose puck just over the Canes’ blue line. Brady Skjei was back but Goodrow had speed and faked going right, went left and fired off a shot as he was running out of real estate above the far goal line. Ned bit on Goodrow’s fake to the right, then tried to slide over to the post but apparently got too far back on his heels and didn’t hug the far post. He fell to his knees with the puck going in for a soft goal.

The Canes pulled Ned with just over a minute left and the way they were attacking and getting shots off, I frankly thought it was just a matter of time before the tying goal would pop in. Vasilevskiy, even without his stick, made sure that didn’t happen as the clocked ticked down to 0:00 and the Bolts came out with the victory in game 1. 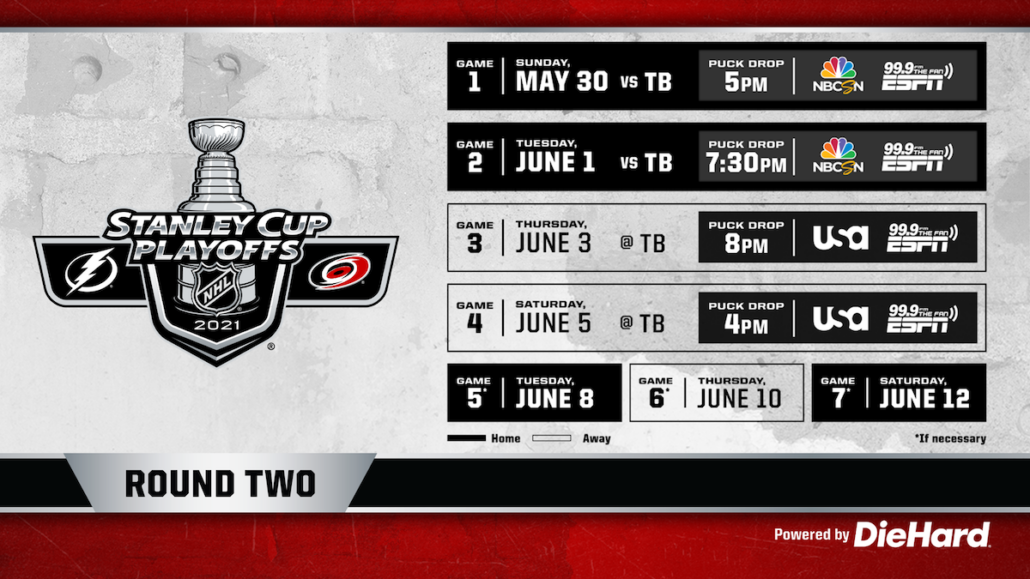