Cary, NC — After years of significant growth, the Town of Morrisville has set its sights on creating its own true downtown area.

Making a big step into getting things started up, the Town has requested proposals from developers for the initial phase of the full Town Center Core. Proposals will be accepted through February 26 with a goal of construction beginning by August 2022.

The totality of the project would be built in several phases at a total estimated cost of $57.4 million. 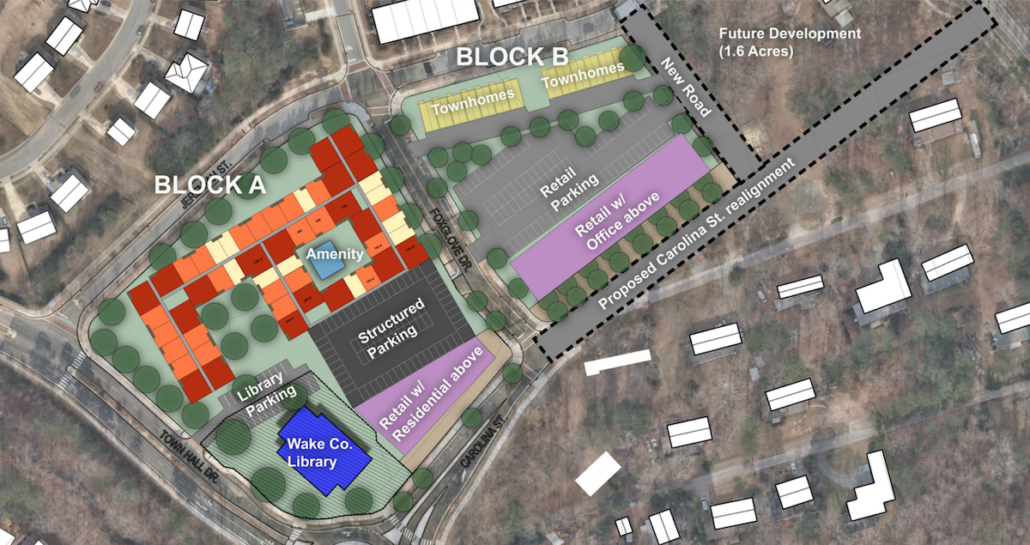 Rendering showing the two blocks of phase 1 to the Town Center Core.

The location set aside for this new downtown is at the corner of Town Hall Drive and Carolina Street, adjacent to Morrisville Community Library.

The site plan (as it stands now) calls for:

Morrisville has acquired roughly 15 acres in this area and Assistant Town Manager of Morrisville, Brandon Zuidema, told TBJ the Town is “currently looking to expand its holdings in the area.”

Additional information on later phases will depend on future land purchases, developer contributions and other factors. 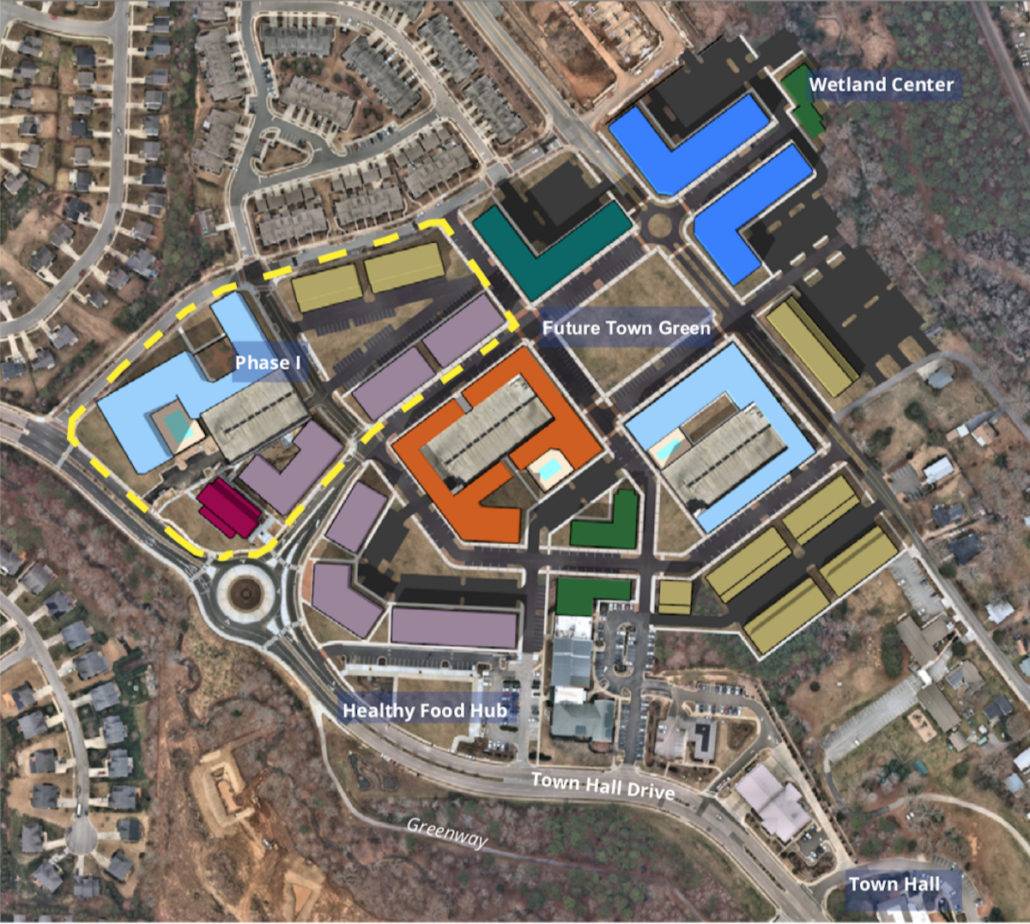 Rending showing the Town of Morrisville’s vision for the full buildout.

For further information, timelines and renderings, see the Town of Morrisville’s Phase 1 RFP.

Story from staff reports. Images from the Town of Morrisville.