Cary, NC — The NC State University Department of Music has pioneered an all-new way to bring concert performance to life in a virtual reality format.

At 6 PM on Thursday, November 12, the free experience called, “Brickyard Broadcast” will premiere online with hundreds of musicians, including the Concert Singers of Cary, performing on a digital Brickyard built by the NC State University Libraries.

What is the Brickyard Broadcast? 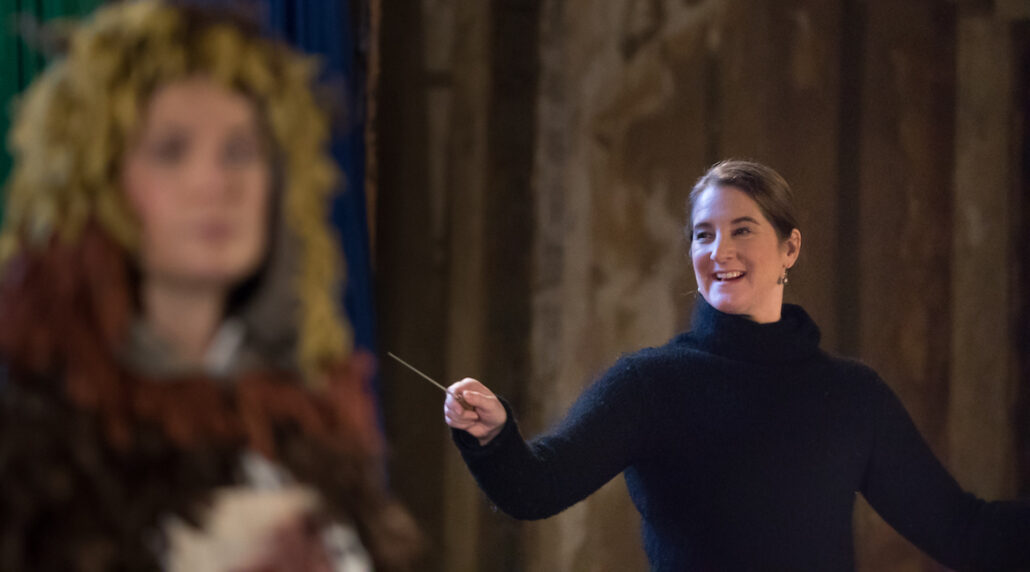 Composer Lisa Bielawa conducts during a scene in a 2017 television opera called “Vireo,” in Oakland California.

In short, it’s a first-of-its-kind concert, combining technology, music, history and people. Creators of the event describe it as a “spatialized work” that will showcase new pieces from composer Lisa Bielawa.

“This is art on the cutting edge — new and innovative. It is meaningful because it is art born out of our present reality,” said Nathan Leaf, Director of both the Concert Singers of Cary and NCSU choirs.

Performing with the Concert Singers of Cary will be the NC State orchestras (Raleigh Civic Symphony and Raleigh Civic Chamber Orchestra) and the NC State choirs (State Chorale, Vox Accalia and Singing Statesmen). 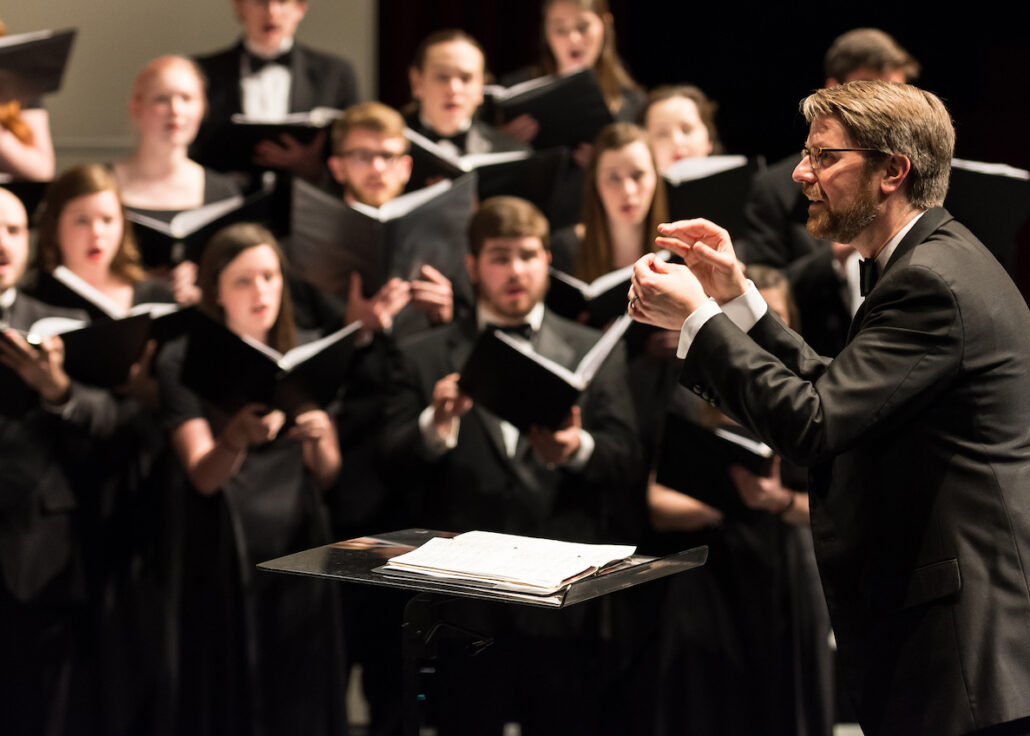 To make the project work, the organizers of the event wanted a large number of participants.

The road to premiere night tomorrow, was long and extensive, filled with challenges and new avenues of virtual performance to explore. At the heart of it, Leaf hopes those who tune in will enjoy the adventure and take a moment to appreciate all the elements that went into it.

“It all works towards the notion that, despite the pandemic, we will still gather, sing, and make music in whatever way we need to until we can do it in person again,” said Leaf.

How it Will Work 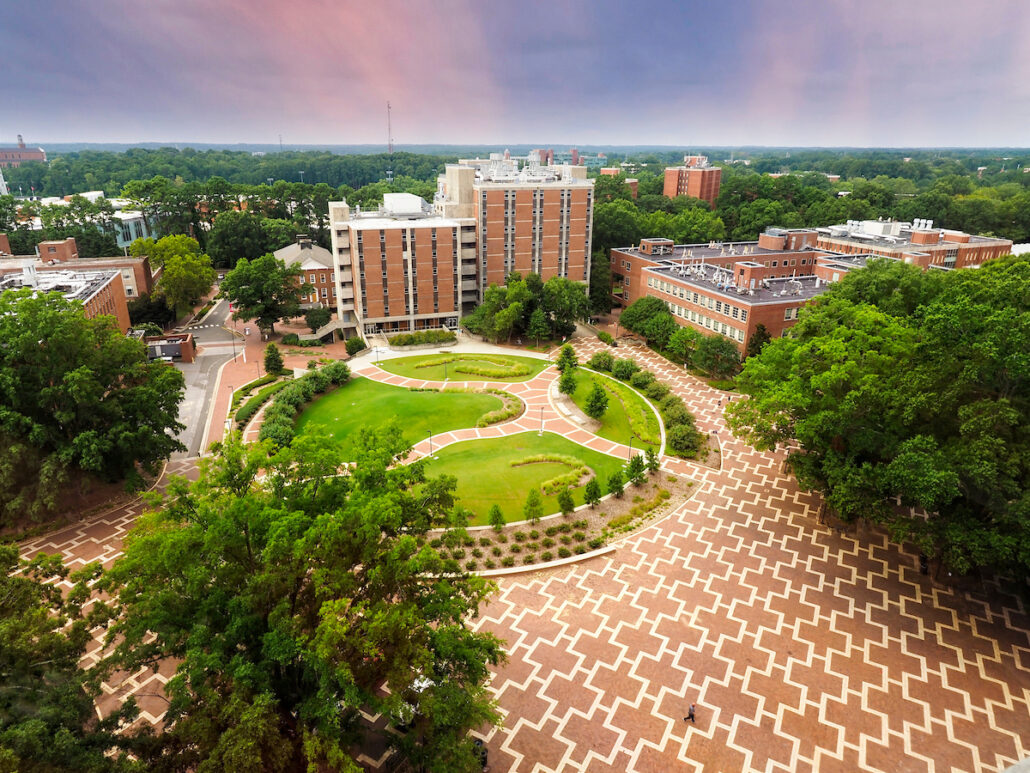 Throughout 2020, musicians have found that synchronicity is nearly impossible while video chatting, even with the best internet connection. So, this event was developed as a piece that does not require it.

“It’s a new way of considering how time works in a musical composition, born out of the challenges of our present circumstances, and presented in a VR creation where we can all gather safely,” said Leaf.

The mind-boggling part of it all is that it will be done entirely in virtual reality on a digital Brickyard built by the NC State University Libraries. Not sure what that even means? Tune in tomorrow to see! 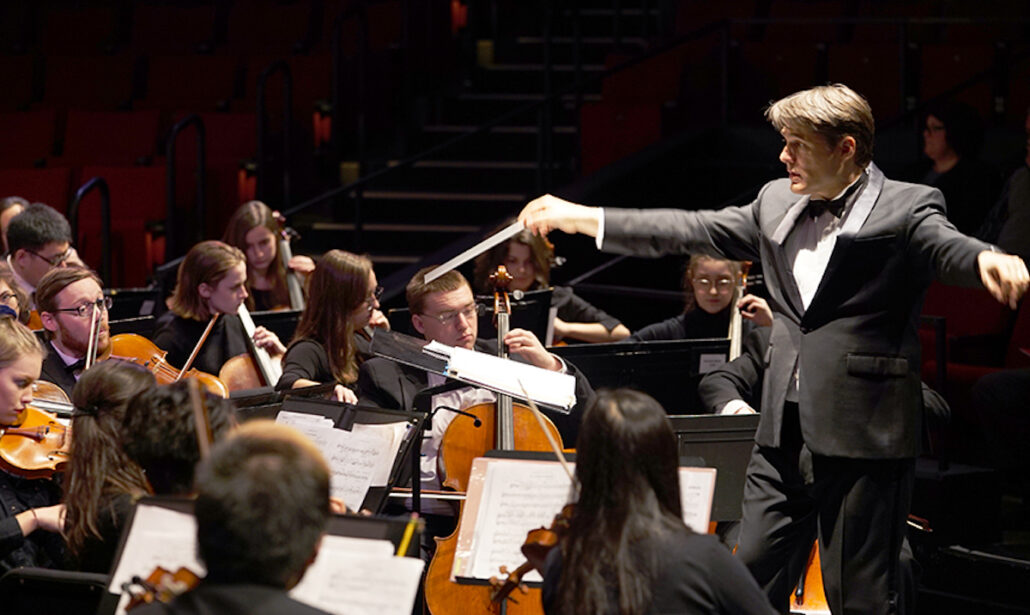 Viewers will then enter the virtual reality Brickyard environment to experience the world premiere of Brickyard Broadcast. Following the performance experience, those interested can join Askim, Leaf and Bielawa again for a question and answer session.

The links to join the live premiere event including panel discussions and the performance will be available on November 12 on the event website.

Access to the virtual experience will remain available following the premiere for a limited time.

The Basics of Biking Around Cary