All of the films being showcased and voted on by viewers are under 30 minutes long and will be played in separate film blocks available on Thursday, Friday and Saturday. After votes are cast, the final day of the festival will be all about screening the “Best of Beyond” award-winning films.

Each block of film is about 2 hours of content, but does not have to be watched in one sitting. The blocks are accessible online each day from 8 AM – 11:45 PM.

The Festival Director, Joy Ennis assures that there will be something for everyone with thrillers, animated shorts and everything in between.

Read more on the films and on the workshops. 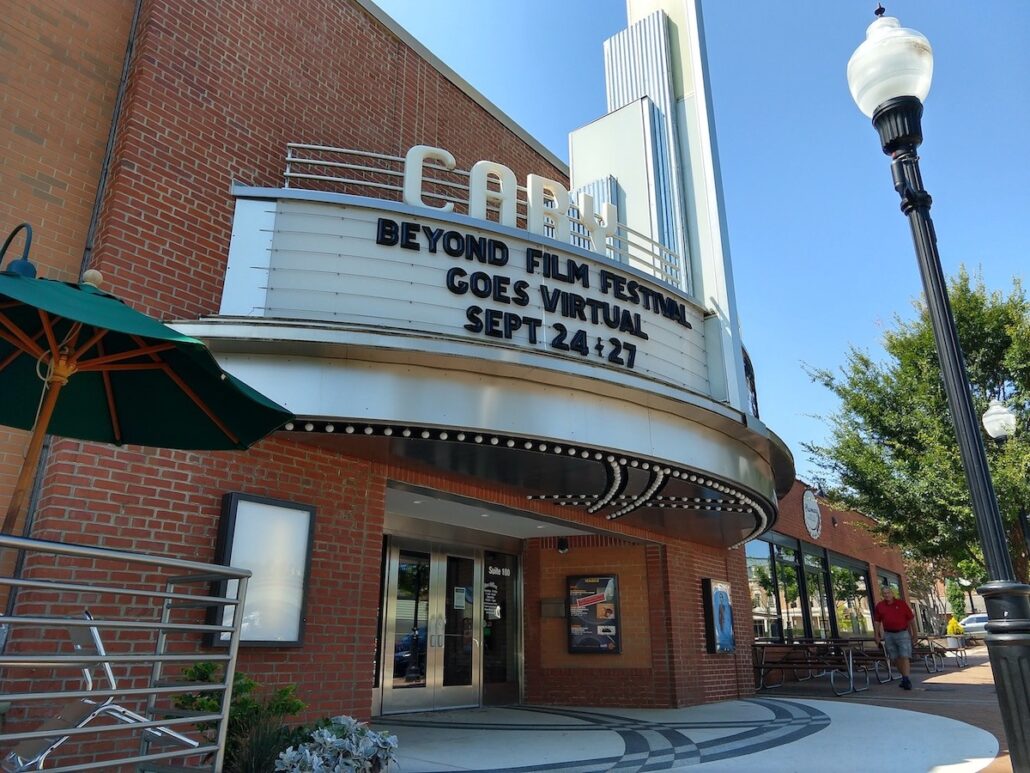 It’s really simple — go to thecarytheater.com to see schedules and to get registered for any workshops. Once the festival is live, it can be accessed directly through the same site under the tab “BEYOND: The Cary Film Festival.”

The films and workshops are free to all, though the festival does make one ask. Those who are able are encouraged to visit the festival’s fundraising website and make a contribution to the Food Bank of Central & Eastern North Carolina.

According to Ennis, this “just seemed like a positive way to spin this whole terrible virus situation.”  So, in addition to viewers enjoying the curated list of short films this weekend, they can also take an active role in reducing food insecurity across the state.

It all begins tomorrow from 8 AM to 11:45 PM on the Cary Theater website.

Register to Vote Before the Deadlines