Four out of the last five weeks have had declining rates of infection in Wake County.

This metric, from The New York Times, shows new cases per 100,000 people in the last seven days by North Carolina county.

Wake County is near the bottom of the list, with 61 per 100,000 over the last week. Here’s a comparative sampling:

See the full list of infection rates in North Carolina counties at NYTimes.com…north-carolina-coronavirus-cases. 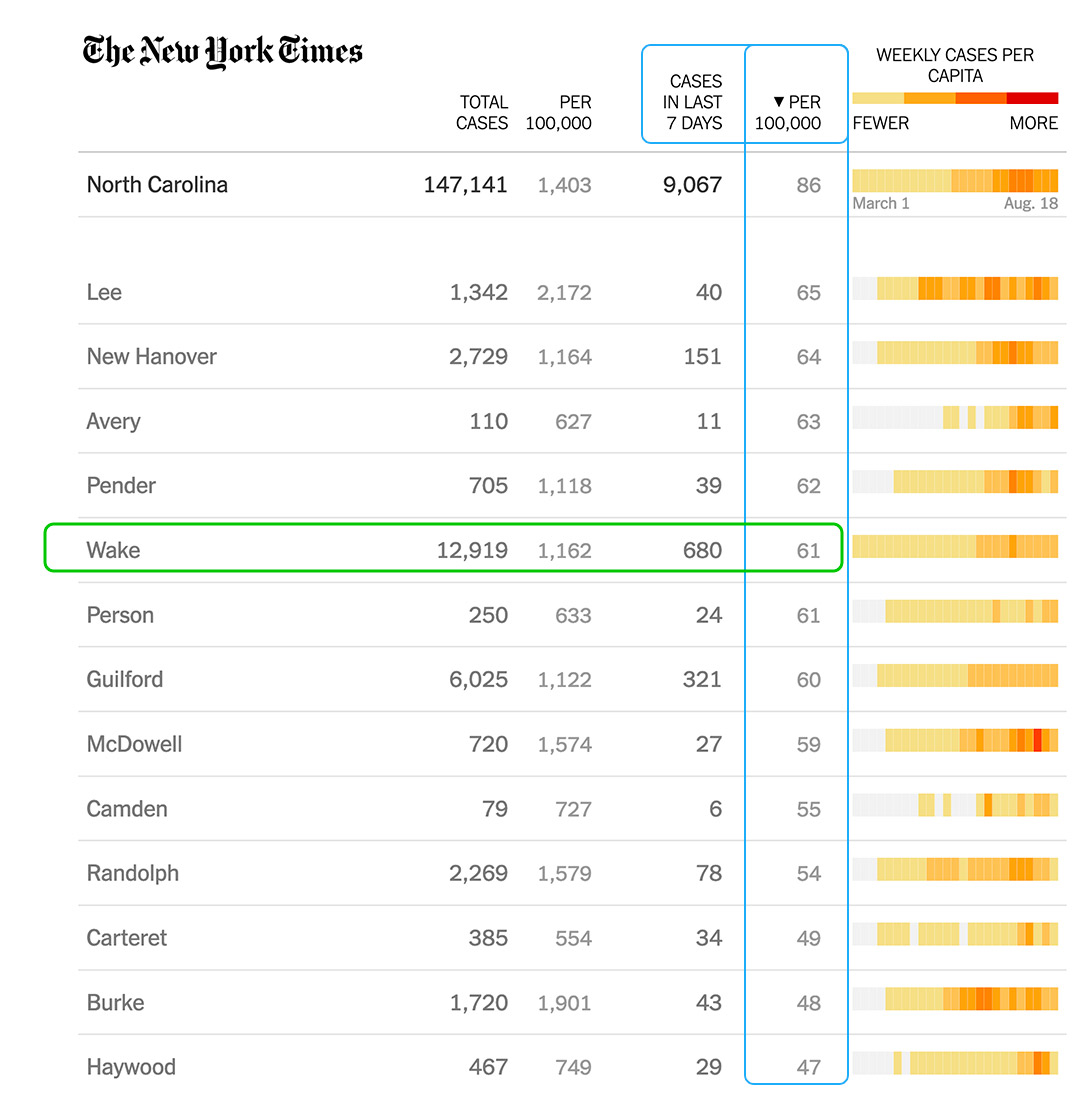 Most of the U.S. states are shown again in green, meaning rates of infection are declining, according to Johns Hopkins. 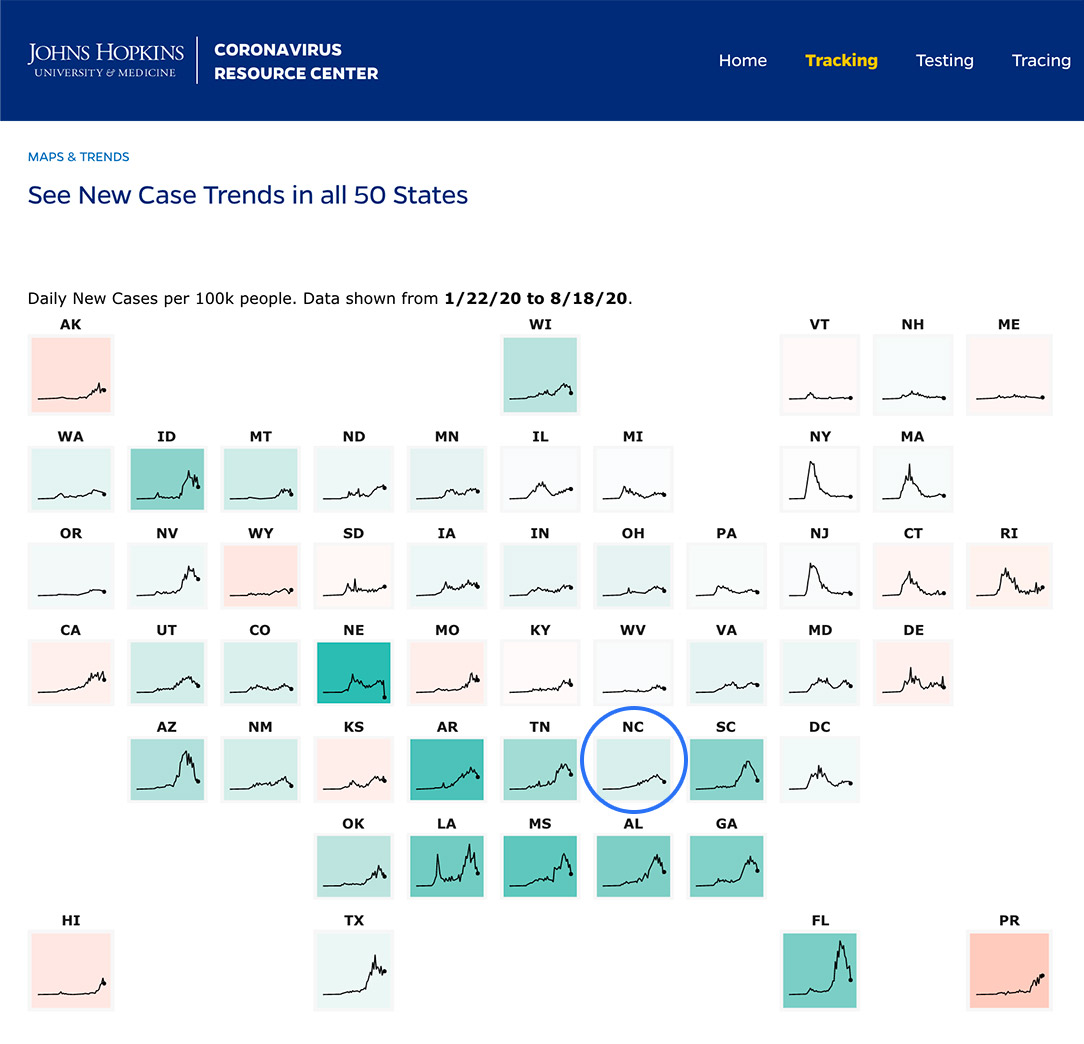 New hot spots have popped up in the U.S., particularly around college campuses as students return for the fall semester. Several major universities have had to roll back to all-omliner classes, including Michigan State, Notre Dame and UNC Chapel Hill.

Using the same metric (new cases in the last seven days, measured in cases per 100k), the U.S. has made some progress since last week, declining from 115 last week to 105 in the last week.

Here’s a sampling from around the world: 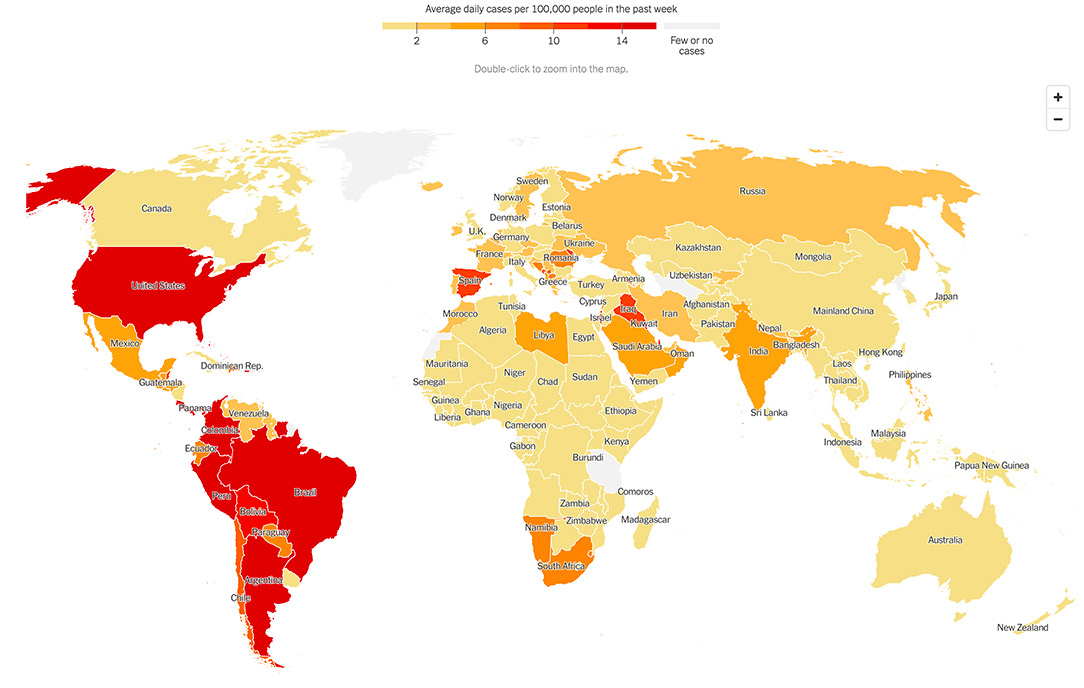