Cary, NC — Rafael Otero is one of Cary’s healthcare workers, courageously spending each day in a high-risk field, dedicated to caring for others.

As the Practice Director for Cornerstone Pediatric and Adolescent Medicine, Otero works tirelessly to create the safest possible environment for staff, patients and families while keeping morale as high as possible — a sizable task in a pandemic. 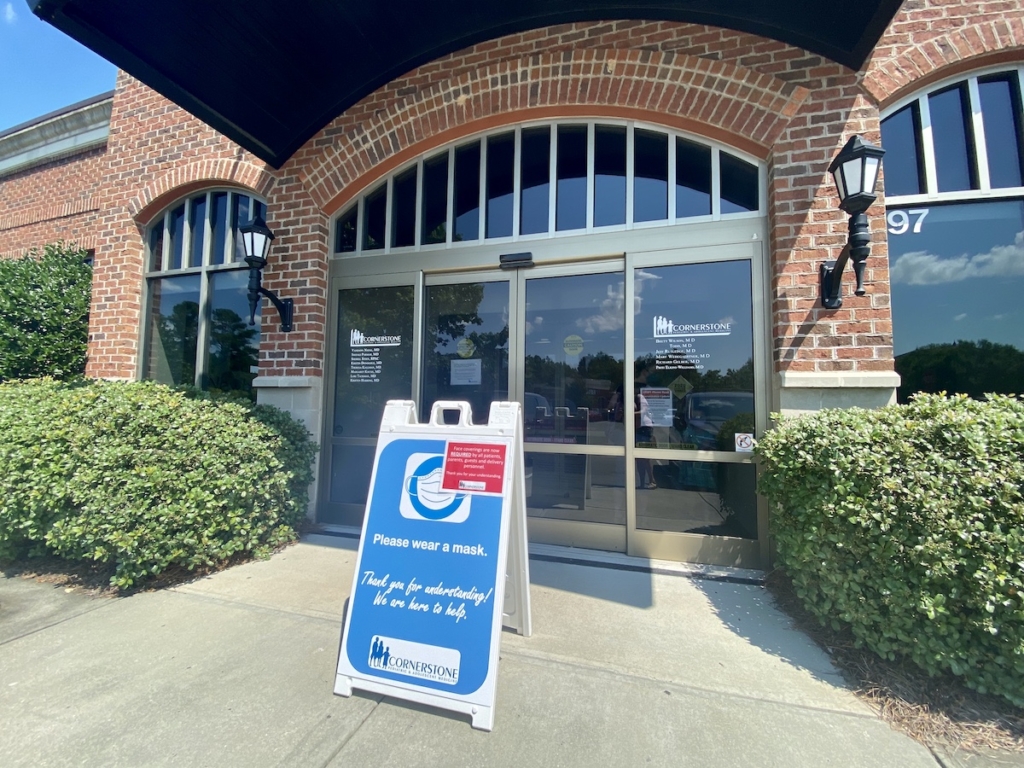 Under Otero’s leadership, the practice turned on a dime the same day the pandemic was announced on an international level. Within days, patient care procedures were changed, cleaning was more extensive and hand-made signage was out front.

“What I’m most proud of is that we were probably the first clinic in Wake County to have signage and asking screening questions right away,” said Otero.

Professionals from WakeMed actually approached Otero to ask if they could use the same initial design at their facilities.

Otero says he intends to keep all signs that the clinic has displayed through the last 4 months because they tell the story of how quickly information was changing, often weekly. It was toward the end of April that the team conducted their first COVID test which came back positive. While that initial positive was scary, Otero says now positives have unfortunately become more common.

“On a weekly basis, we’re doing about 10-15 tests and out of those, I would say we probably have 4 or 5 positives for the last couple of weeks,” said Otero. “The one thing I’m most proud of regarding my doctors is that regardless of what’s going on, they will not test someone for COIVD-19 unless it’s warranted, so they’ve maintained their standards.”

Setting the Tone of the Practice 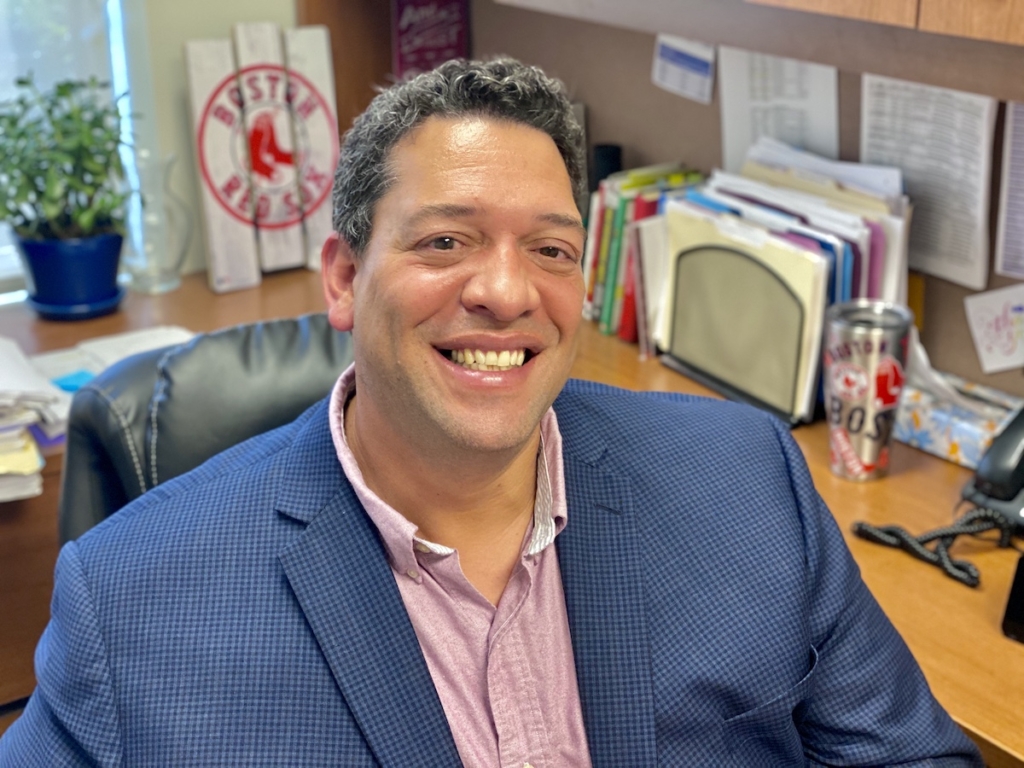 Beyond the walls of the office, Otero loves to cheer on his favorite baseball team, the Boston Red Sox.

According to Dr. Shefali Parmar, Otero orchestrates the team with an uncanny ability to get them all on the same page.

His leadership and abilities previously took him to larger organizations like WakeMed and UNC, managing up to 12 practices at a time. Something missing for him was the personal, face-to-face relationships with staff and patients, which led him to Cornerstone and the pediatric population.

“At the end of the day, it’s about people and purpose,” said Otero.

In addition to 20 years of experience in practice management and a Masters in Health Administration, Otero brings a team-centered, empathetic approach to the job.

“He thinks about things from all perspectives, including keeping all our employees working as much as he can. He thought about their families and cares immensely about people who walk in without any connection to them,” said Dr. Parmar. “He’s worked really hard and comes from a Latin-American raising. He defied the odds, is self-educated and he cares immensely about other humans and always sees the best in people.”

Getting Creative to Find PPE

Something immediately evident about Otero is that he will work as long as it takes and as hard as it takes to fulfill and oftentimes go beyond what is asked of him. Particularly since the pandemic, this has shown in the extra hours each night to find, purchase and ration PPE.

With the entire industry in urgent, immediate need, PPE became unavailable through routine suppliers, but Otero didn’t let that stop the search. He reached out to colleagues, called in favors, searched Facebook, shopped on Amazon and asked the community for donations.

“One thing that’s really amazing about Rafael is that he makes the ask. He always tells us, “just make the ask” and he doesn’t fear doing that,” said Dr. Parmar.

Now, Otero says his office looks like an episode of Hoarders with boxes of PPE stacked high. Despite the reserves in his office, they were low on sanitizing wipes this week.

“These seven bottles of sanitizing cloths are all I have in the whole clinic and we probably go through seven in a day. So after this goes and I can’t buy any more of this, we’ll start having to use a bleach mixture,” said Otero.

A Word From the Doctors

The people who work alongside Otero jumped at the chance to share what makes him special. These are just a few of the comments made on his behalf:

Dr. Brett Wilson said, ” When it became apparent that with the Coronavirus, our office visits and volume were going to significantly reduce, he volunteered to have his salary cut substantially to pitch in and make sure we remained solvent. This was all before Congress passed any loans for small businesses”

Dr. Shefali Parmar said, “He has this skillset behind him, but it’s really his whole heart. You don’t really see that too much and our clinic is really unique in that we are a group of minorities, pretty much all women and our staff members come from every walk of life and race and I find that incredibly important and Rafael has brought everyone together on the same page.

Dr. Priti Elkins-Williams says that he is always looking to brighten someone’s day even if that means running to the store for Reece’s Cups which happen to be her favorite.

Dr. Mary Wedegartner said,  “One of my favorite things about his leadership is that he has the ability and compassion to see the individual gifts and strengths of our staff and encourages them and helps them use those strengths. This skill, in the end, trickles down and contributes to quality patient care.”

Other doctors at the practice spoke to his charisma, the respect he gives others, his empathy and his willingness to help out anywhere in the office.

While the doctors have overwhelming things to say about Otero, he gives all credit to them, the nurses and the lab and front desk staff.

“It starts with them. If you don’t have the right people on the floor, you can’t make medicine happen,” said Otero.

A Bar Set High for the Future 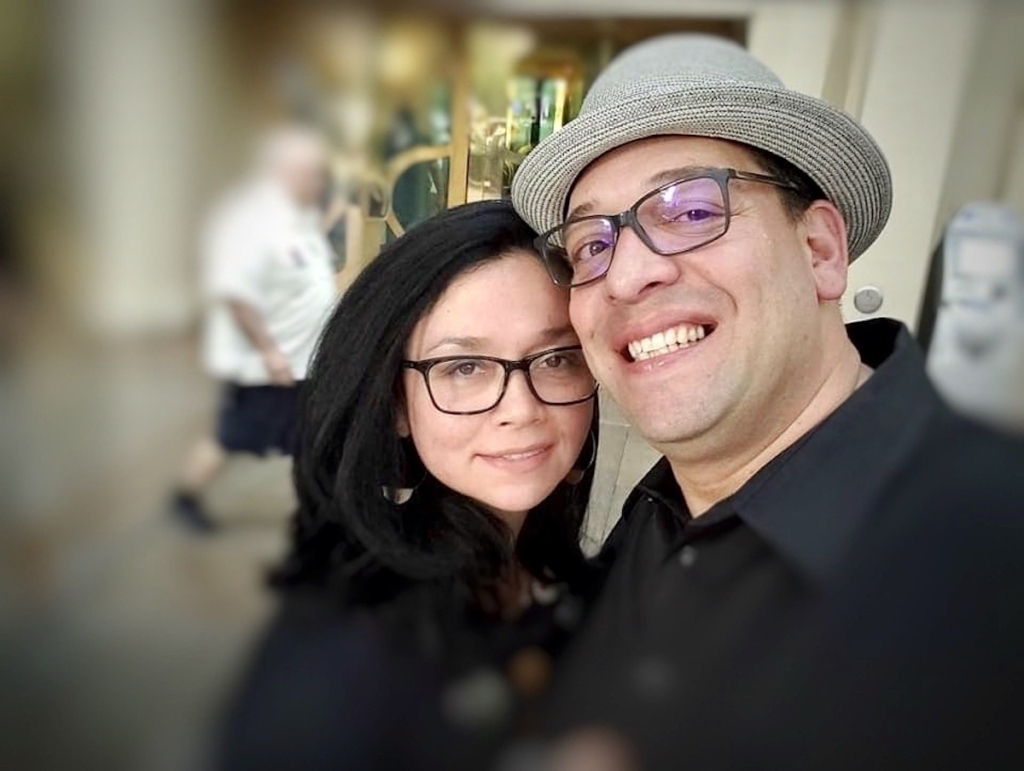 Rafael Otero met his wife, Yolanda Santiago on a blind date in Miami Beach about 20 years ago. The two recently celebrated 15 years of marriage.

Today, Otero says no one waits in the waiting room longer than 2-3 minutes, one staff member is always in charge of cleaning and getting patients in rooms, the registration process is becoming more and more digitized and while challenging in the pediatric field, doctors are conducting visits through telemedicine.

“Frankly, it’s probably something that will stick around. I think patients will say that it’s been convenient, it’s quick and it works for them,” said Otero.

A big takeaway from these last 4 months and getting parent feedback every step of the way has been that expectations have skyrocketed. For Otero, he says that’s not at all a bad thing.

“Honestly, I like it that way. Once we’re done with COVID-19, I think all of healthcare is going to be at a different level and I think we’ll be able to maintain it,” said Otero.