Cary, NC — Not since the tail end of Hurricane Hazel in 1954 has Toronto experienced any effect of a Hurricane during the summer. But, on August 1, the Carolina Hurricanes and the New York Rangers will attempt to start the 2020 NHL Playoffs.

The two teams are the first scheduled to play after what will be an almost 5-month hiatus for hockey. Much luck, as well as strict health guidelines, will have to happen for hockey to begin. As much as the players, coaches and NHL staff want the Stanley Cup playoffs to take place, fans are about 50/50 for the playoffs or for putting a fork in the 2019-20 season and just start next season when it makes sense. 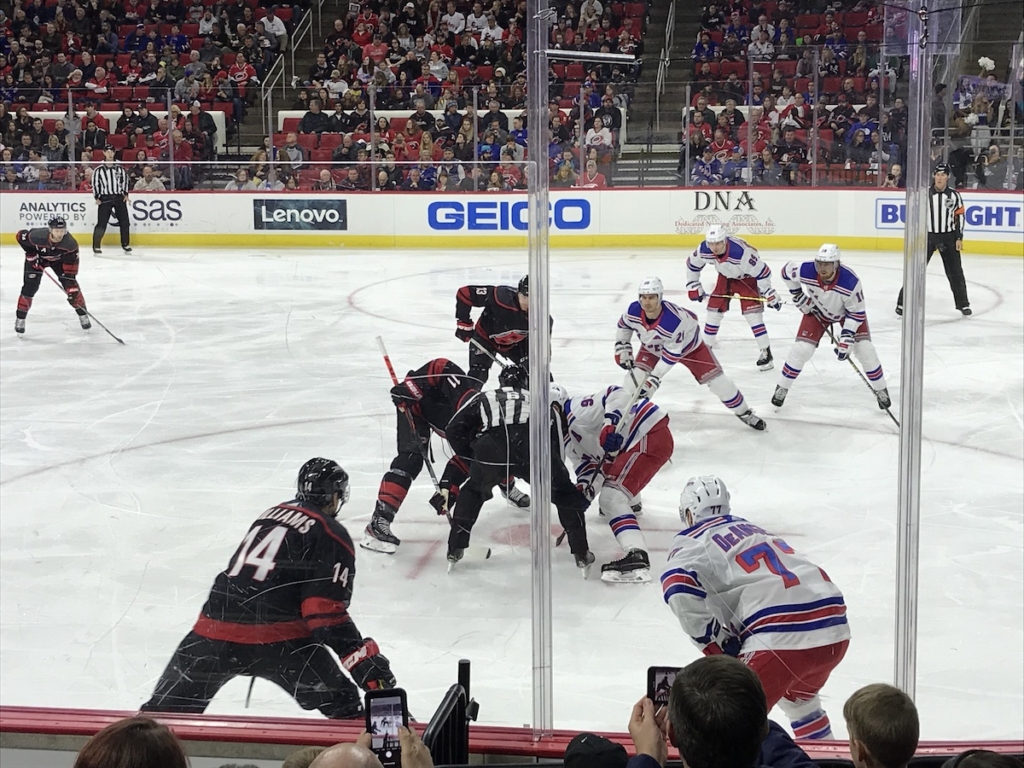 The last meeting of the Rangers and Canes resulted in a season series sweep from the Rangers ending in a 5-2 loss for the Canes on February 21, 2020 at PNC Arena.

The Rangers have had the Canes number for a long time and swept the series this year. The Canes have lost at Madison Square Garden so often, the Rangers scheduled their 25th Anniversary celebration of their 1994 Stanley Cup Championship when the Canes were in town. As karma would have it, that was the Canes only win since 2010 at the Garden.

With all playoff games in a ‘neutral’ hub city, the Canes won’t have to worry about the MSG mystique. Both the Canes and Rangers were on good runs when the season came to an abrupt halt on March 13. 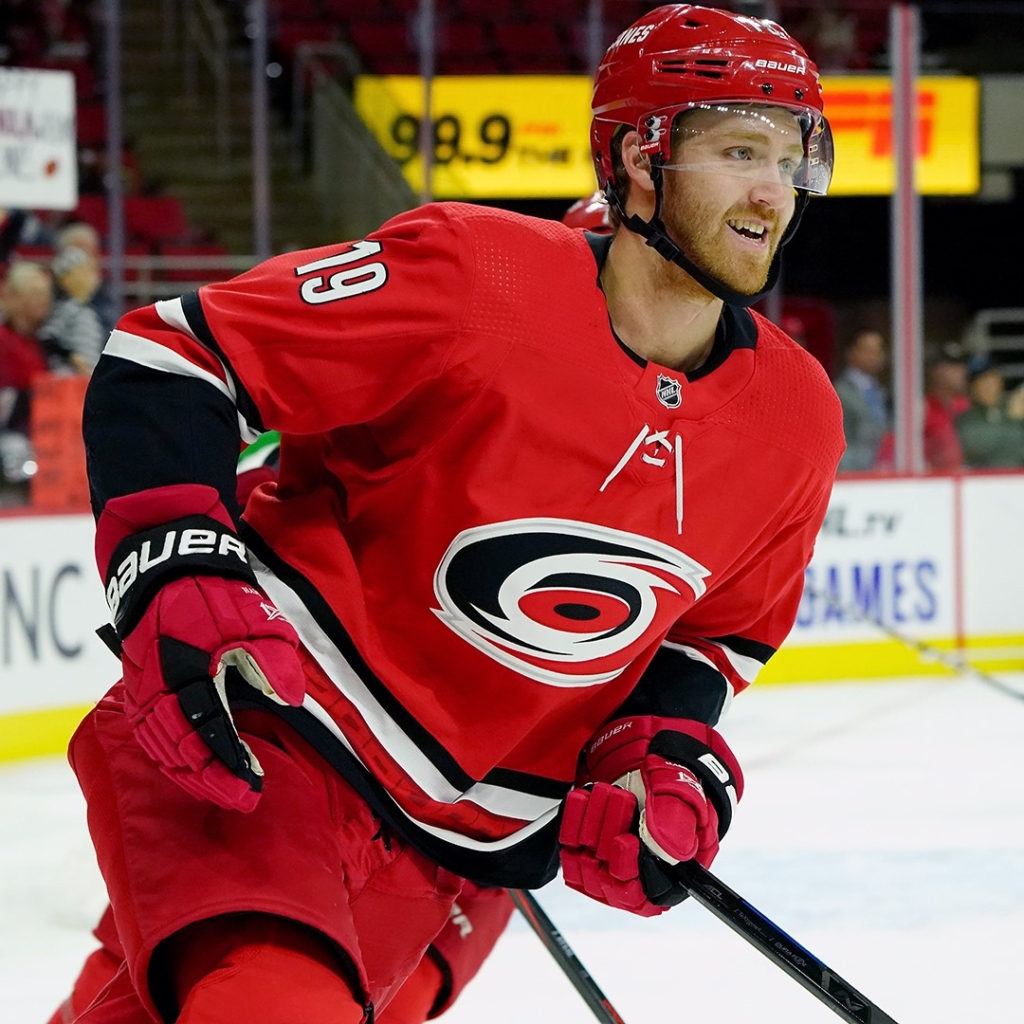 Once the NHL shutdown occurred, no player was to have a team sponsored workout or skate. One of the very few exceptions was injured players working on rehab. The Canes’ Dougie Hamilton should be at or near 100% coming off a broken leg shortly before the season ended. Since the abrupt pause of play, he has had the leg heal nicely, taking full advantage of skating and working out, sometimes 5 hours a day.

Because the season ended fairly quickly after his acquisition and didn’t play in any game, the Canes stance is no draft picks are due to the Devils. The Devils disagree so this is in the NHL’s hands right now but I suspect the Canes will prevail.

Vatanen is a right-handed defender which should help fill the immediate, huge void of Brett Pesce who had shoulder surgery in March. He is another Finn and for some reason when Finns play together, good things happen. Vatanen said playing against the Canes was always tough as they are a fast team that likes to forecheck. Read into that Rod Brind’Amour as that’s the way he played.

A few NHL players have opted out of playing, all for very valid reasons, most of which were health concerns for their families. Several have children with respiratory issues so opting out was a smart and easy choice. Many players have young families where some, like Jordan Staal, said he’ll miss a child’s first birthday and first steps. Personally I think being potty trained is more of a milestone but those first steps also rank high.

Sacrifices of Getting Back on the Ice 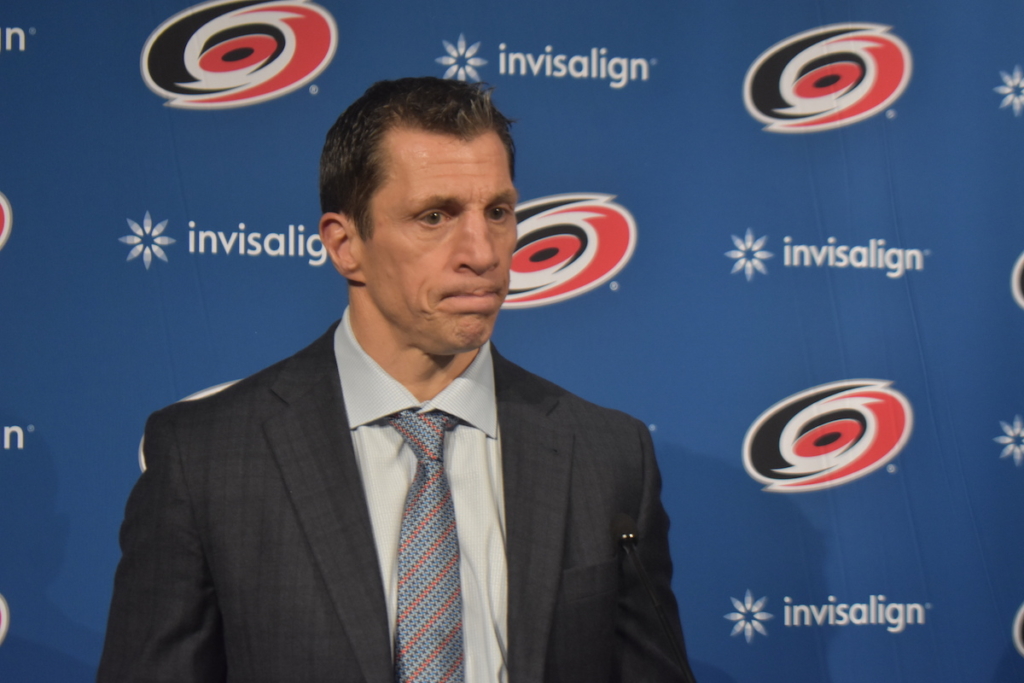 Missing family has been the most common comment among players and their families.

Rod Brind’Amour and Don Waddell said both the Canes and NHL have stressed how important it is to keep exposure to ‘outsiders’ at a minimum is critical. The hub playoff cities are going to have ‘bubble areas’ that will allow players time away from the arena yet being in as safe an environment as possible.

There’s been talk of booking a golf course for players on certain days and certain restaurants have been identified to allow for safe dining. Risk management has taken in a whole new meaning. It’s reported that health testing will be done at no less than every other day. Safety, safety, safety. Then more safety. These playoffs will be a huge undertaking and if they do reach the finals, it will be a total of 5 rounds which has never been done in hockey, or probably any other professional sport before.

Canes May Hoist the Stanley Cup Once Again 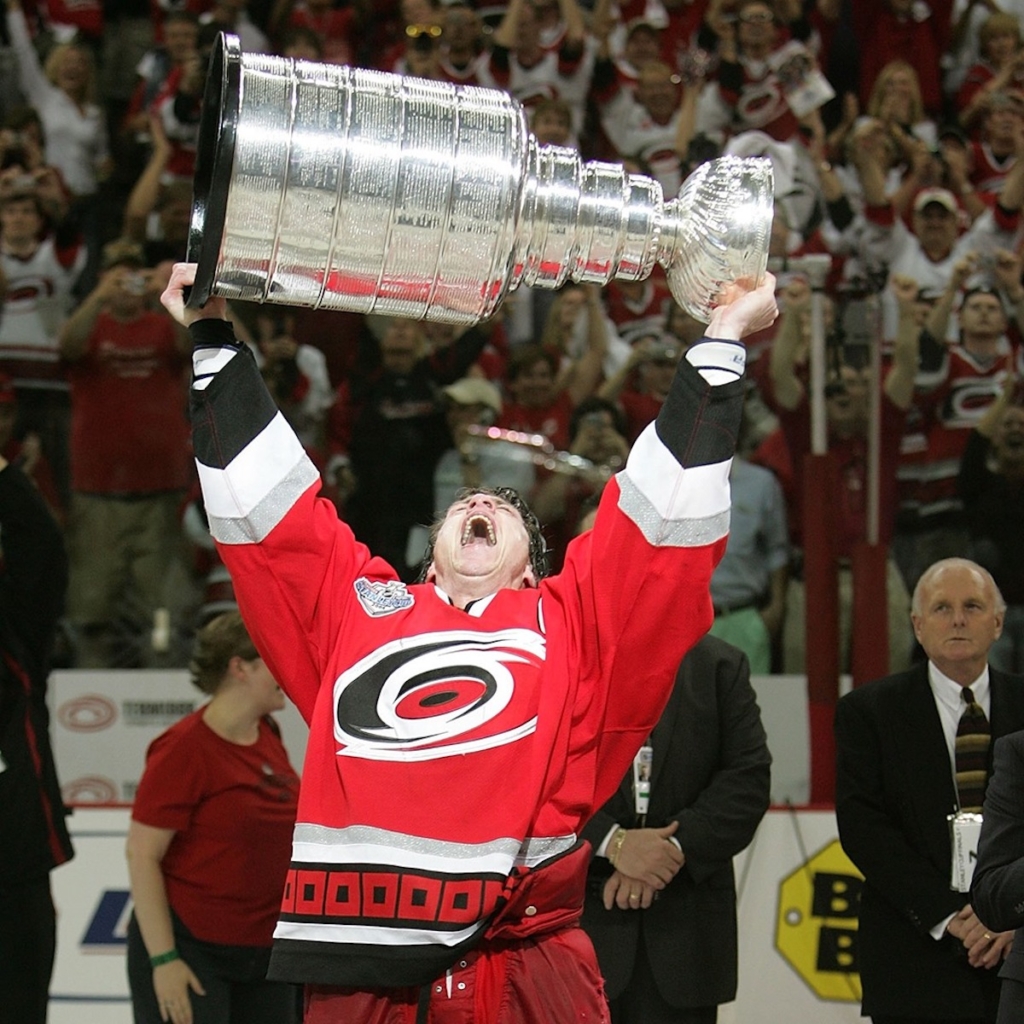 Make no doubt about it, the Canes have a legitimate chance at the Cup this year. Last year was a great learning experience for most of the team in seeing what playoff hockey is all about. The team is still on the smaller side but has the speed.

The young guns of Andrei Svechnikov, Sebastian Aho, Teuvo Teravainen, Martin Necas and the older guard of Justin Williams and Staal should make this team fun to watch. The big question is when they are pegged as the home team and win, will they do a Storm Surge to an empty arena? Don Waddell has stated he hopes they continue to do their custom home ice celebrations.

Predictions for Next Season

The 2020-21 season is projected to start in December. The outdoor game at Carter-Finley will more than likely be rescheduled, although nothing is official on that yet. In the meantime, keep enjoying the replayed games every Monday and Wednesday nights until August 1 at 12:30 pm when the Canes start their quest for their second Stanley Cup.