Cary, NC — This recipe is one of the easiest jam recipes I have ever made. For the last three weeks, the Cary Downtown Farmers Market has had a stand with the most amazing blueberries! The first week I bought one container. The next week I bought two, swearing I would make jam. We ate them all. This week, I finally got out my canning jars and whipped up a batch of Blueberry Marmalade. And it was so easy.

Since it is a marmalade, that means you have to add citrus. And lucky for me, I usually have Cara Cara Oranges in the fridge at all times along with a rogue lemon or lime. All are required plus some granulated sugar and some red pepper flakes. 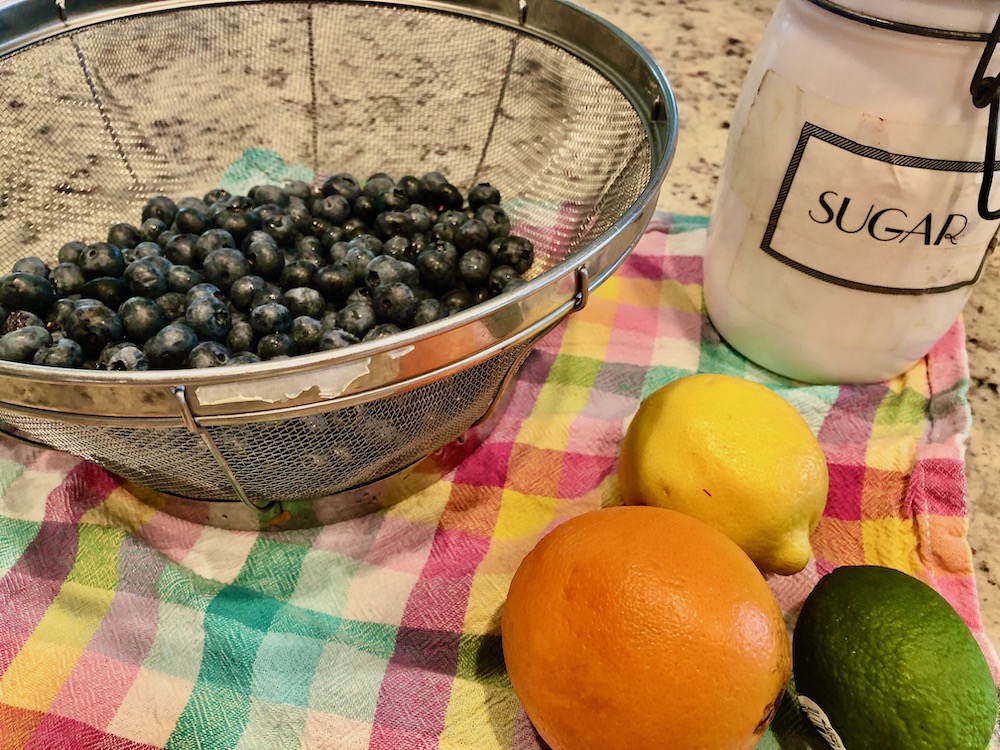 Simple ingredients are always the best. Three types of citrus plus the blueberries, sugar and water. Red pepper flakes give this recipe a kick, too.

Before getting start, make sure you’ve got these tools on hand:

Prep is a Breeze

Now that you have the tools assembled, clear the work surface next to your stove so that all of this can happen in close proximity to the cooking area.

To make this jam/ marmalade, you will need at least 6 glass half-pint jars with lids, and they should be put in a boiling water bath to sterilize them while the jam is being made. This step is critical or you will have a jam that is not sanitary and may actually make you sick. Safety first!

To do this, I find the biggest pasta or soup pot that I own, take the lids off all the jars and place them neatly in the pot. Then I add all the bands and lids in with the jars, and fill the pot to above the level of the jars, making sure everything is underwater. Place the pot on a burner, turn the heat to high, and start boiling for at least 10 minutes. Keep the heat on well into the jam-cooking process because the jam must be added to HOT jars. Then, it gets sealed up and boiled for at least another 10 minutes. 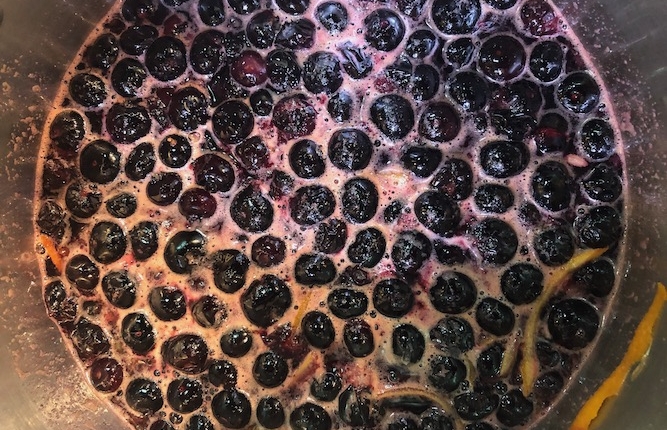 A good rolling boil is key to your jam setting up properly.

To Make the Jam

Here are the ingredients to make this marmalade: 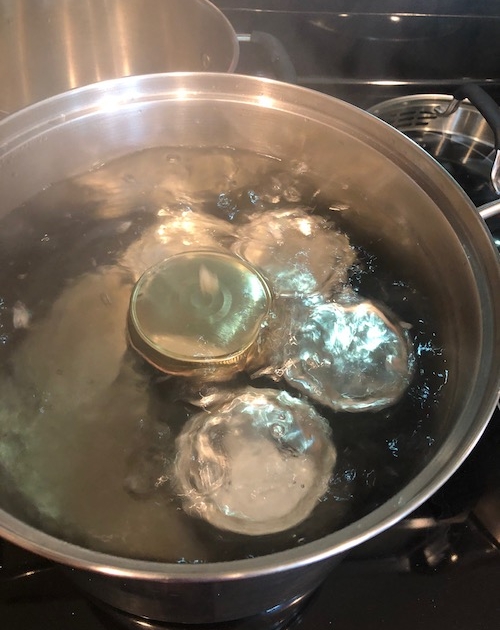 After the jam is sealed in your jars, they must undergo a 10-minute processing in boiling water to set properly and be sterilized.

Put the filled jars back into the boiling water for at least 10 minutes to process them.

Note that frozen blueberries can be used for this recipe if you are making this in another season.

Right now blueberries are in season in North Carolina and they are usually available fresh in our area through mid-July. A great place where you can pick your own is Herndon Hills Farm in Durham (near Southpoint Mall). But you have to go early as they sell out fast. 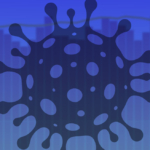 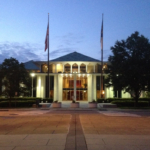 Gale Adcock: Update from the NC House
Scroll to top