Cary, NC — One of Cary’s many healthcare workers during and well before the COVID-19 pandemic is 27-year-old Christian Bennett, a paramedic and field training officer with Cary Area EMS.

Bennett grew up in Wilmington and attended UNC-Chapel Hill. After graduating in December 2014, Bennett applied and interviewed for an open position with the agency. According to Chief Steve Cohen, his hire was an easy decision.

“He has the knowledge, the education, the training and also the personality to handle every situation I’ve ever seen him be involved with,” said Cohen. “Christian is an employee that a lot of organizations would love to have.” 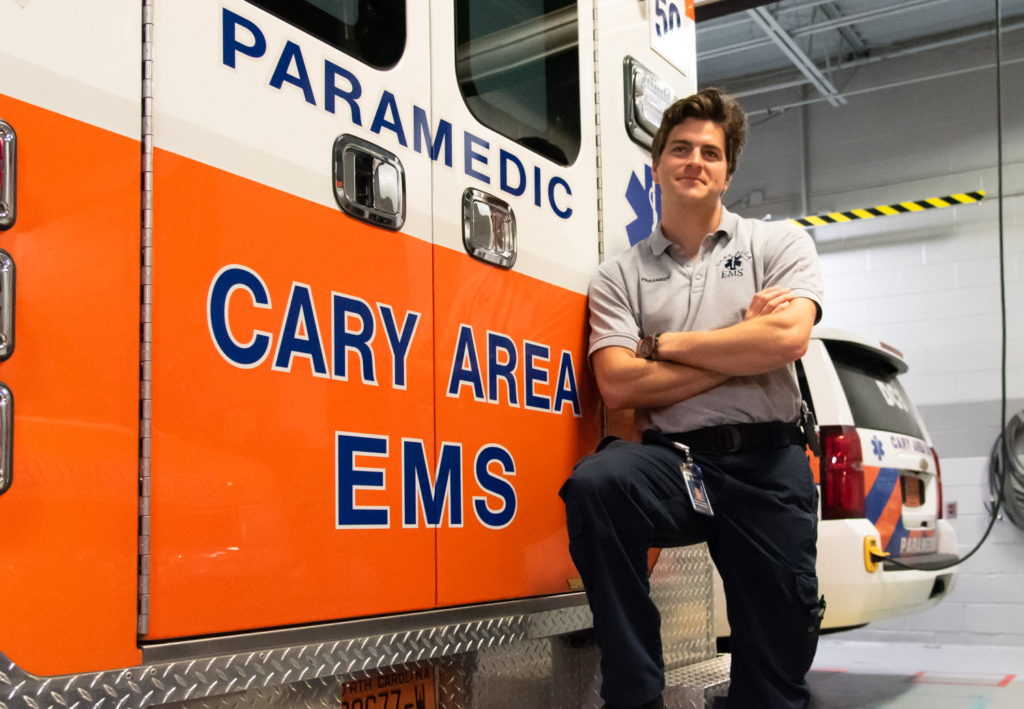 Suiting Up in a Pandemic

Since the spread of the Coronavirus, Bennett says his routine has mostly been altered by calls running a bit slower. This extra time is spent methodically cleaning, checking off a list of protective gear and being mindful of any cross-contamination.

Working in this age of COVID-19 has created not only a wrench in the day-to-day operations of EMS workers, but it has also come with a heightened fear of hospitals for some patients.

“We have great colleagues that work at the hospitals and we’ve received nothing but a great professional working relationship with them. But at the same time people are scared and that’s understandable,” said Bennett.

Outside of the ambulance walls, Bennett says an eye-opening experience in recent weeks has been from the community in both positive and negative ways.

“Oftentimes when we’re out on the truck we’ll grab a quick bite to eat. We’ve actually found on a couple of different occasions that people look down and look away as if we’re diseased as well,” said Bennett.

Bennett wants the community to be assured that he and other healthcare workers are fully protecting themselves with gowns, gloves, face masks and respirators. He said, “As much as we appreciate the social distancing, we’re clean. We won’t get the public infected just by looking at us.”

To the contrary, there have also been people and businesses who have nothing but support and appreciation for the Cary Area EMS team.

“People are really going out of the way to make sure we feel supported and if there was an opportunity, I would tell every single one of them thank you. It’s been a huge boost to our morale and helps us to come back and get ready for the next day,” said Bennett.

Christian’s work partner at Cary EMS is Michael Arnold. With 10 years of public safety experience under his belt, Arnold can remember when Bennett was there as a student nearly 5 years ago.

“You can tell pretty quickly if a student will be good or trustworthy. Christian was one of those that I had immediate confidence in,” said Arnold.

When thinking of a standout moment with Bennett in their last several years of working together, Arnold immediately knew what story to tell. It was a call on Thanksgiving Day while Bennett was still in the training process. They were responding to a woman who had been allegedly stabbed.

Arnold remembers arriving on-scene to a cluster of people including firefighters and police. Arnold recalls a police officer standing in front of the stairs, guarding them for no one to go up.

While Arnold assisted the woman to try to figure out the cause of her screams, he told Bennett to head upstairs and see what was happening. Arnold said, “When he came back down he had this look of dread on him. I asked what’s upstairs and he said ‘it’s a kid’.”

“We figured out that she was not stabbed, but she had found her son upstairs who had died sometime in the past 2-3 days from a heroin overdose,” said Arnold. The child was gray, statue-like and there was nothing that could be done for him.

According to Arnold, the reaction from Bennett was remarkable.

“Christian was able to maintain himself and keep pushing forward and taking care of the mother, because she was the patient. The care doesn’t stop when a person is not physically injured, we knew we had to look after her and her mental well-being.”

Bennett helped her contact loved ones and made sure she was in a better mental state before leaving.

“When we left from that call, the first thing Christian did was call his brother. He’s got a little brother Ian and I remember the call and he just said, ‘I love you’.

It was a sad, emotional event for both of us, but to see him just kind of react and go through it made me realize how much he cares and how far he’s actually going to go, said Arnold.” 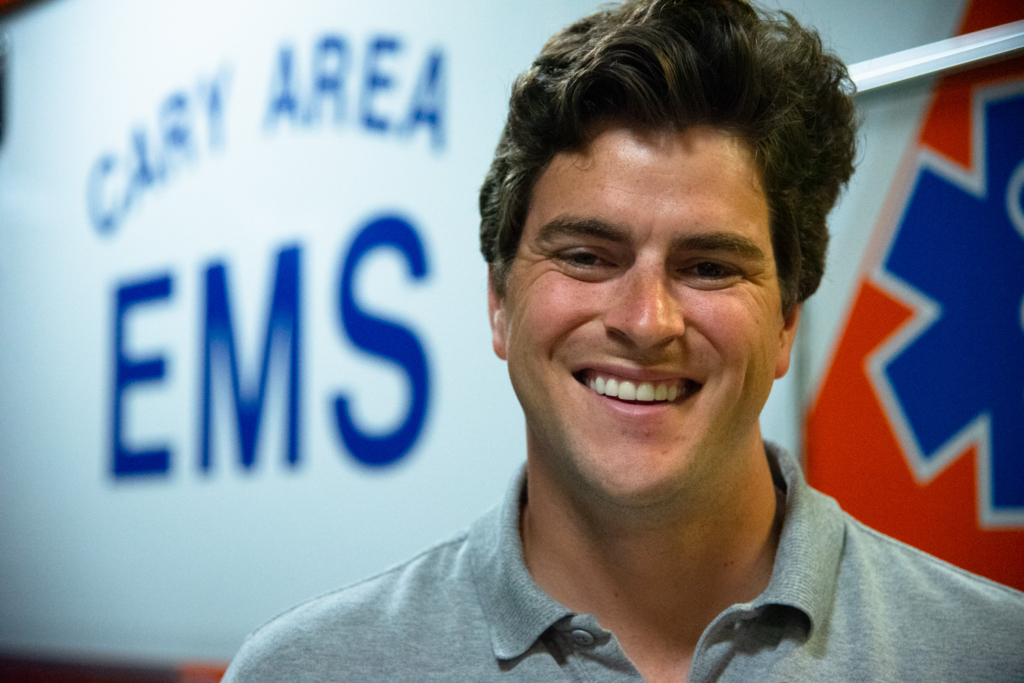 Even under the added protocols and complications of serving a community under a state of emergency, Chief Cohen says Bennett is one of those that go above and beyond to support patients and his team.

“A lot of our employees are still coming in with smiles and are happy to be here taking care of patients, but his personality has just made a difference during these hard times,” said Cohen.

Despite the emotional and physical demands that come with his job, Bennett is known for his positivity and always smiling with patients which, according to his partner, is a rare commodity.