Cary, NC — Gale Adcock, a Representative in the NC House and nurse practitioner of 33 years, shared her insights on the state’s COVID-19 response in yesterday’s virtual Business of Women speaker series hosted by the Cary Chamber.

After spending 7 years on Cary’s Town Council, Gale Adcock was elected to the NC House in 2014. In addition to her responsibilities as a Representative, Adcock is also the Chief Health Officer at SAS.

In Adcock’s update from the House, she reported that the General Assembly’s most recent long session was especially long, lasting from January 9, 2019 to January 14, 2020.

“We did a lot of things, but we also did a fair amount of hurry up and wait,” said Adcock.

During this session no new budget was approved, so, by law, the state reverts to the current year’s budget for next year. According to Adcock, this can be a good thing in that it prevents a government shutdown, but it is also not a beneficial thing for programs that will not receive recurring money.

“It also means that when we need to increase funding for education, healthcare, transportation or whatever, there’s no new money in there — it’s last year’s money,” said Adcock. “Part of what we’ll be doing in the short session is coming up with a budget for the second half of the two-year budget.”

The major move of the long session happened on the final day, January 14, 2020, when an estimated $205 million hurricane disaster recovery bill was passed.

“Little did we know that that was the tip of the iceberg in terms of disasters,” said Adcock.

The House’s new priority quickly shifted to helping the state recover from COVID-19 and navigating the revenue shortfalls that have come with it.

Bi-Partisan Efforts in Response to Pandemic

April 28, 2020 was the start of the short session. With about 4-6 weeks of preparing and collaborating in four working groups prior to the session, the NC House passed two bills to establish a road map for the state’s COVID-19 relief.

The bills went through committees and amendments before being rolled into 2 omnibus bills and sent to the Senate for negotiations.

“For the first time in my six years serving in the House, I saw meaningful bipartisanship during this process,” said Adcock.

“There’s something about hard times and disaster and being in a declared state of emergency that brings people together and I saw both sides of the aisle actually dialogue and come out with bills that were truly bipartisan.”

Being that Adcock was a key contributor in the healthcare working group, she was disappointed that an entire section was removed from the policy-focused bill, Senate Bill 704 . This section was a small, time-limited, COVID-19 specific expansion of Medicaid coverage that would have aided 300,000 displaced workers in the state who have lost their healthcare coverage.

“It was a logical and humane and good thing to do in direct response to COVID-19,” said Adcock. “So that was a big disappointment to me.”

In addition to the policy-centered Senate Bill 704, House Bill 1043 was also signed into law by Governor Cooper on Monday, May 4, 2020. The house bill laid out where $1.4 billion of the total $3.5 billion given to the state through the Federal CARES Act would go.

Here’s how some of those funds were divvied up:

“That was our first step. As we go back into session after the Memorial Day holiday, we’ll be looking at the rest of that $2 billion.

We’ll continue to hear about where the biggest needs are, where we can do the most good with that money and we will appropriate however much of the rest of it we can agree upon,” said Adcock. 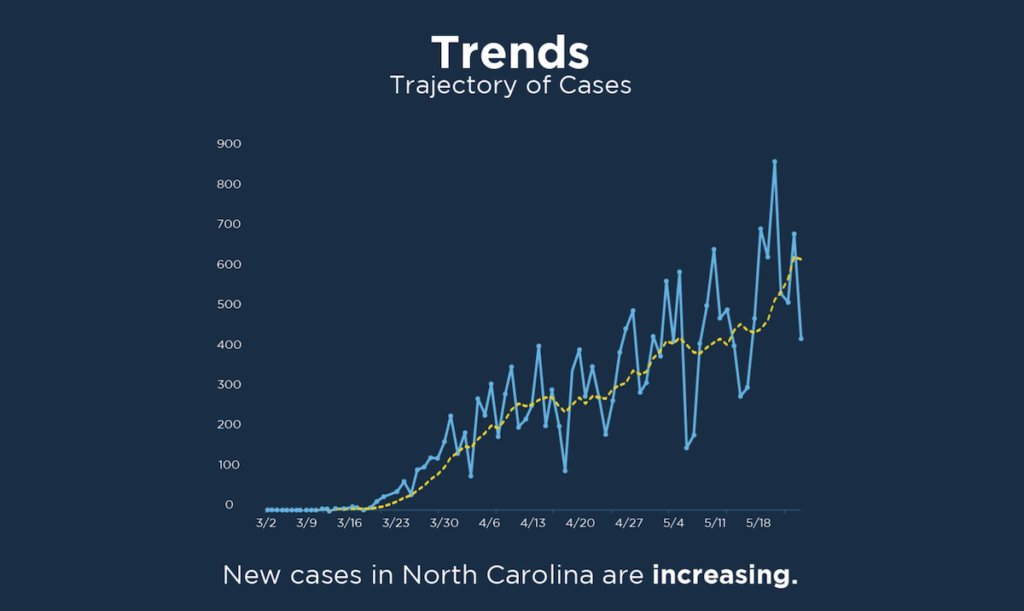 While NC is heading in the right direction with leveled out hospitalization numbers and higher amounts of tests and tracing, the trajectory of lab-confirmed cases continues to climb. Based on these metrics, the state is moving into a slightly edited version of Phase 2, titled, “Safer at Home Phase 2.” This phase goes into effect at 5 PM on Friday, May 22, 2020 with these guidelines.

“To everyone who has done their part, you are the reason we are heading into phase 2. All of us doing this together is what’s moving us along,” said Adcock. “We’ve made a lot of hard decisions, but they are paying off.”

Adcock: “Self-Care is Not Selfish”

Before the 1-hour webinar came to a close, Adcock answered questions live.

Q: From your nurse practitioner perspective, what are some tips that people can follow to take care of their mental and physical health while staying home and perhaps being unemployed?

A: Keep your social network going in new ways, keep to a routine and make sure you have a certain time where you stop if you’re working from home. Get outside as much as you can and get enough sleep. Sleep is like a vitamin and if you don’t get it your health suffers. Do some kind of self-care that is meaningful for you. For me it’s reading a good book in a bubble bath.

Q: When should we be wearing masks? I see people wearing them in cars, and wearing gloves too.

A: The reason you wear a mask or any face covering over your nose and mouth is to protect other people from you. So if you’re in your car driving alone, who are you protecting? It’s never the wrong thing to wear a face-covering when you’re going to be around other people, but I would say wearing one while sitting alone in your car is overkill.

Q: How will restriction be enforced in business? Are we relying on businesses to self-monitor or do you see a need for state or town officials to monitor? 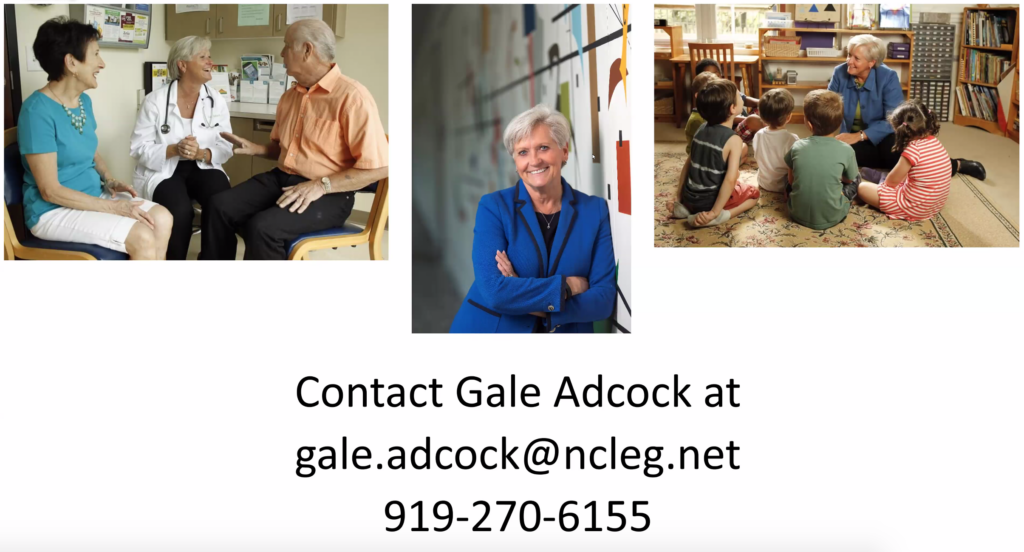