Cary, NC — In March, 16 fire cadets in Apex were nearing the end of their 7-month certification process when a seemingly impossible hurdle got in the way. Even while adapting services to the new COVID-19 standard, the Cary Fire Department stepped in to help.

According to Apex Fire Chief, Keith McGee, the cadets had just one week and two classes left in the training process when their training location, Wake Tech closed its doors. Apex reached out to Cary Fire Department in hopes of finding a way for the cadets to finish out their classes and start in their roles as Apex Firefighters.

“I immediately responded to him and said that’s absolutely something we want to help out with if we can,” said Cary Fire Chief Mike Cooper.

Following some logistical safety discussions with personnel from Cary’s Emergency Operations Center and the Fire Department’s training division, Chief Cooper says he notified Chief McGee the next day with the green light.

“Because of the spirit of cooperation and support displayed by the Town of Cary, specifically the Cary Fire Department, we will be able to place our second ladder truck in service as planned,” said Chief McGee. 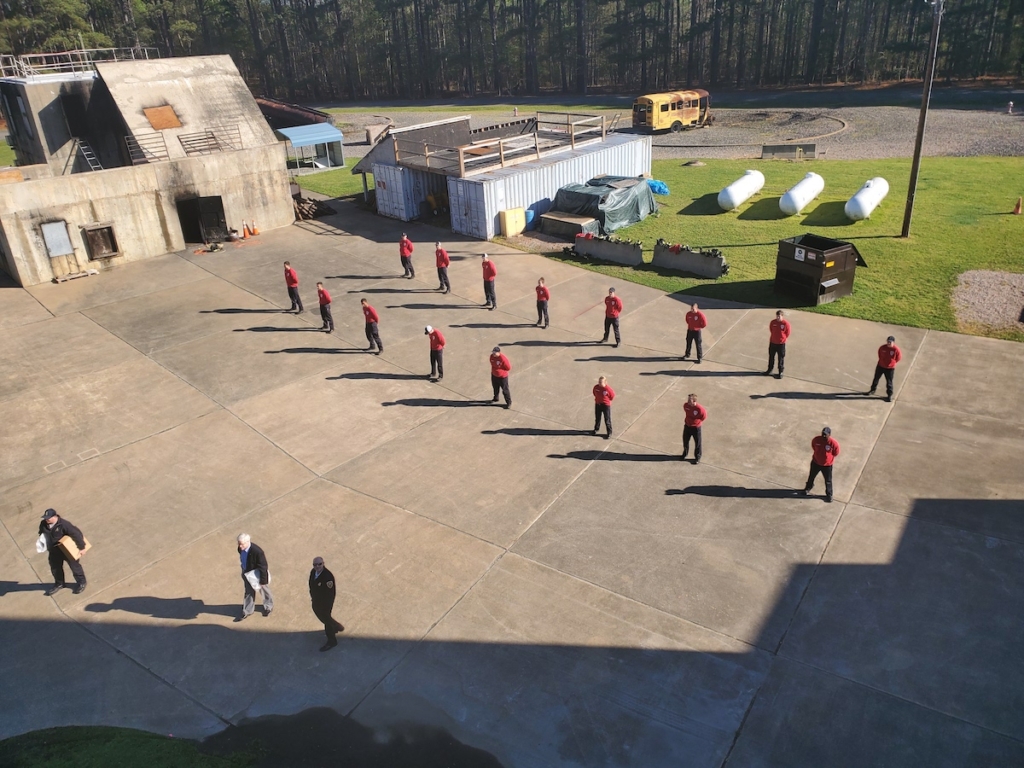 The 16 cadets were celebrated in a socially-distant graduation ceremony at the Wake County Training Center.

“We were in a tough spot, with 16 cadets that were close to the finish line, but not able to be on shift. Your folks, working with ours, came up with a solution, and the result is that we can put another fire truck on the road next week.”

This additional fire truck and fire crew provide more hands-on-deck in a time where it could be needed most.

“We wanted to do everything we could to facilitate additional personnel to their workforce do better serve our citizens during this time,” said Chief Cooper.

This group of former cadets and now Apex Firefighters started in the fire academy as a group from different walks of life. According to Chief McGee, they melded into a cohesive team that consistently showed “respect for the profession, support for each other, the importance of team success over individual success and trust in their fellow cadets and instructors.”

While this was just a one-week example of the collaboration between local fire departments, Chief Cooper says there is a long-standing, strong working relationship between Apex, Morrisville and Cary Fire Departments along with other local partners.

“We train together all the time and our view is that emergencies don’t have any regard for jurisdictional boundaries. So, anything we can do at a local level to improve collaboration and cooperation between jurisdictions and to improve our service to citizens, that’s what we’re going to do,” said Chief Cooper.

In addition to training together, Cary works hand-in-hand with Morrisville and Apex on a daily basis. For almost a year, Cary has provided communication services to dispatch all three fire departments from the Cary Communications Center.

Chief Cooper says that while this pandemic has prevented the department from getting out in the community for public education and other community events, he wants citizens to know that the department is providing the same service they’ve always provided through this time. He added,

“We are here to serve all of the community and all of our citizens.”