Cary, NC — Questionnaires are soon to arrive in Cary mailboxes as Census Day is coming up on April 1, 2020.

With a new census comes a new goal from the Census Bureau to see county-wide participation reach the same participation of Cary in the 2010 census — 82%. The census count for Wake County has surpassed the 1 million milestone since the last Census in 2010 which totaled the population of Wake at 900,993. The 2018 Census estimate totaled 1,092,305.

Sharon Peterson, Wake County’s Long Range Planning Administrator presented on the 2020 Census at the Cary Chamber Eye-Opener breakfast in late February. The following is a summary of her main points and what Cary citizens need to know about participating in the census.

From March 12 to April 27 census employees and volunteers will be reaching out to residents in a variety of ways to try to achieve as high a participation rate as possible. This year, there are three was to complete the census — online is the primary method and phone and paper questionnaires are secondary options. The following is the timeline of the county’s census outreach plan.

Why the Census is Important 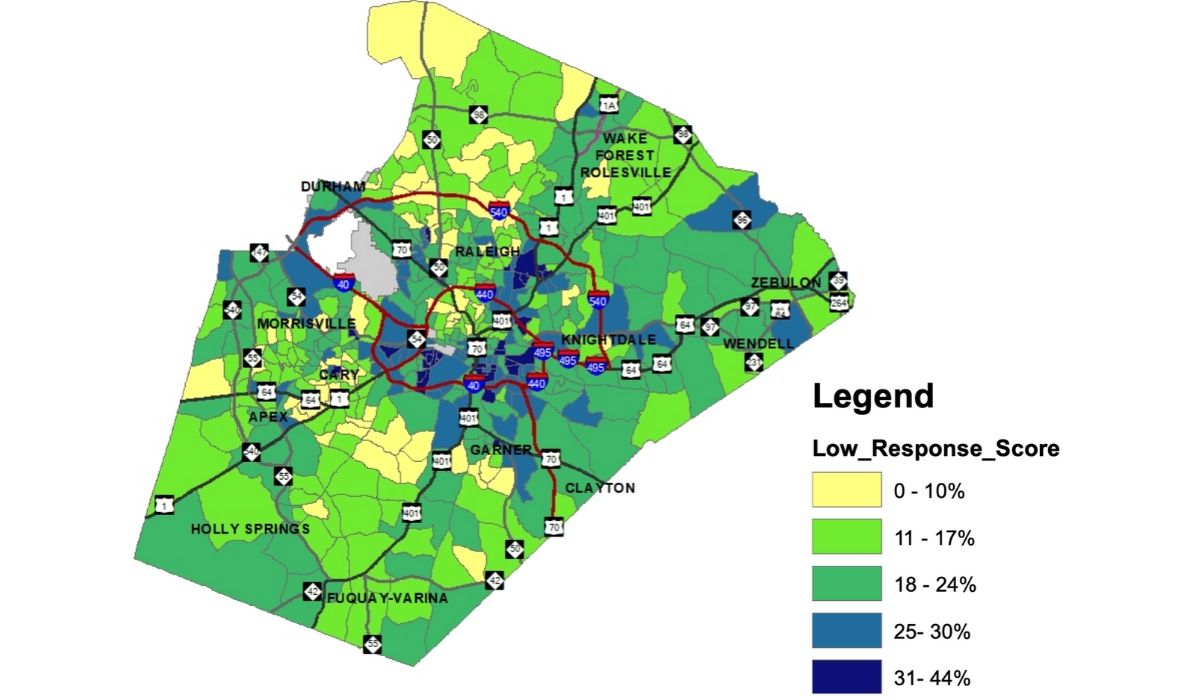 How you can help:

According to Peterson, anyone can help by doing the following: