Cary, NC — This was another light week as the council and staff prepare for our first quarterly meeting of the year next week.

Monday I met with the town manager and town attorney to discuss elections, and ordinances related to discrimination. Our meeting lasted about 30 minutes.

Later Monday I met with the Atlantic Tire Tennis Championships board. The tournament date for this year is set for September 11th through the 18th. Our discussion focused on getting our community and businesses involved. This may include new events during the tournament. Our next meeting is scheduled for March 7th.

Interview with the “Living in Cary” Podcast

Thursday I participated in a podcast interview with Wayne Holt who is a local builder located in downtown Cary. This was the first of his podcasts which will be called “Living in Cary”. Some of the questions included:

Our taping was completed in less than an hour.

Friday morning I joined a meeting of the North Carolina Metro Mayors. The following is a summary of that meeting from the Executive Director:

Nothing new to report.  Congrats to Greensboro and Triad for both Toyota and Boom Supersonic and Concord/Kannapolis for Eli Lilly job announcements.

The meeting concluded after thirty minutes. 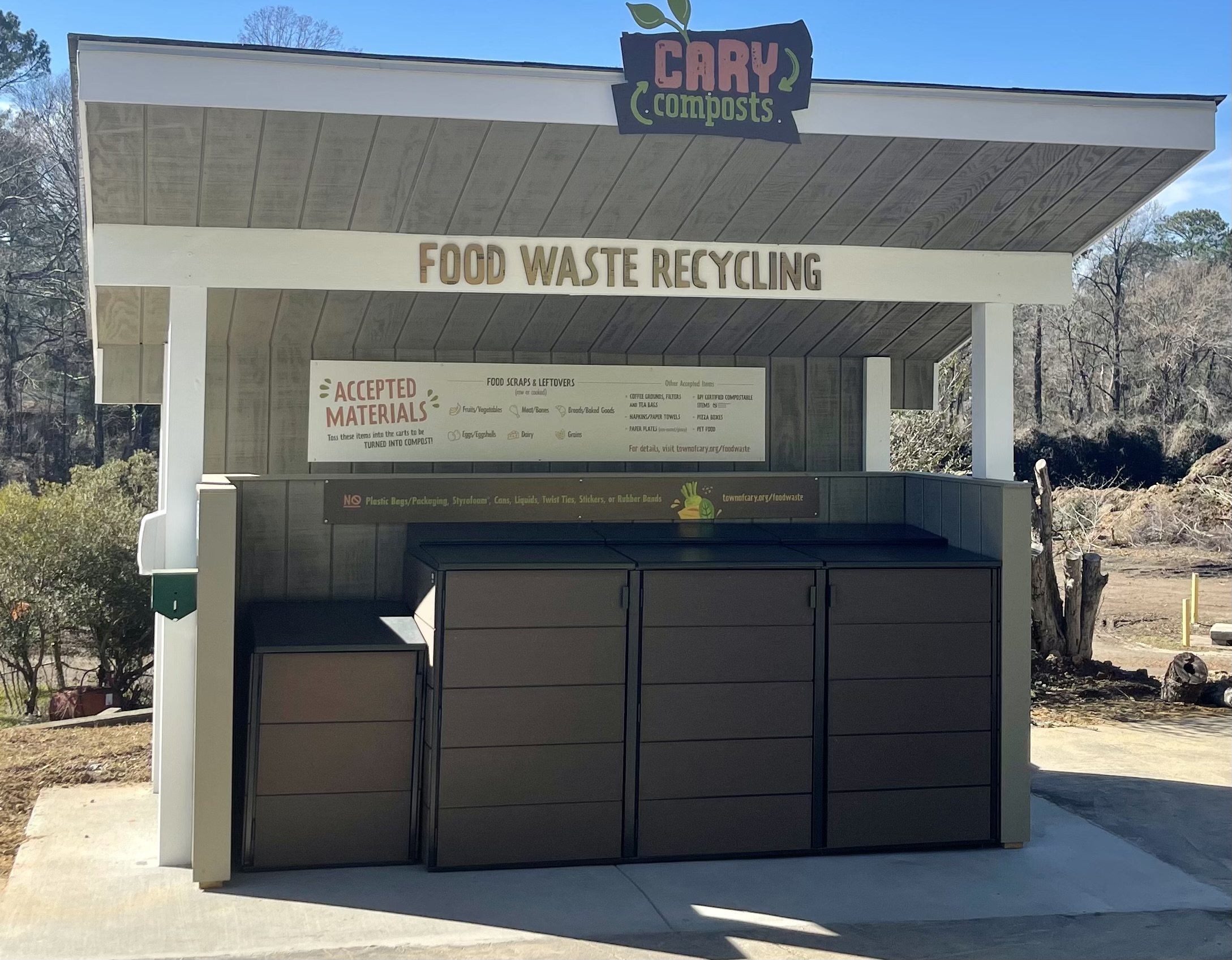 Friday the town announced the Cary Food Waste Drop-Off on Dixon Street will be opened on Monday, February 7th. This drop-off is a new way for residents to divert household food waste from landfills and return it to the earth as valuable compost through its food waste recycling drop-off pilot.

This site, the first of its kind in Cary, will gauge citizen interest and participation in this style of service to reduce food waste in trash and provide data for analysis of the impact on the Town’s solid waste stream and management program. The following is additional information based on questions received:

What is the pilot Food Waste Recycling Drop-Off?

Cary’s pilot food waste recycling drop-off is a new local option for residents to turn food waste into compost. All material is processed by a local facility and some of that finished compost will be hauling services in this pilot. The drop-off is a year-long pilot service that will allow the Town to evaluate the community’s receptivity to food waste recycling and the impact it has on the solid waste stream. According to a 2019 study, 27% of Cary’s waste that goes to the landfill is considered food waste. Cary has also partnered with Toward Zero Waste Cary to provide education resources, planned efforts, and events that will support citizens’ participation in the program.

What is accepted at the pilot drop-off?

How do I use the drop-off?

Collect food scraps at home and bring to the drop-off during operating hours. Toss the accepted items in the food waste collection carts on-site or, contain your scraps in a Biodegradable Products Institute (BPI) certified bag and then toss them in the cart.

How is this different from backyard composting?

Food scraps collected at the drop-off are taken to an NC commercial grade composting facility composting facility that achieves significantly higher temperatures; meaning, more items such as meat, dairy projects, and bones can be more effectively composted than in a backyard system. Learn more about backyard composting; https://www.townofcary.org/composts

Is there a limit to how much I can bring?

There is no limit to the amount you can bring if there is room in the carts. However, we encourage you to first reduce your food waste; tips to consider at https://www.epa.gov/recycle/reducing-wasted-food-home

I am looking forward to this pilot program getting started and hope that the community shows interest.

Friday evening the council was notified by the town attorney that the NC Supreme Court issued a ruling striking down the legislative and congressional redistricting maps.

Recording the State of Cary Address

Sunday I did several on-location tapings for the video version of the State of Cary address. This version was taped at the USA Baseball National Training Center, the Davis Dive Park greenway tunnel, and Good Hope farm. The on-location tapings took about three hours. 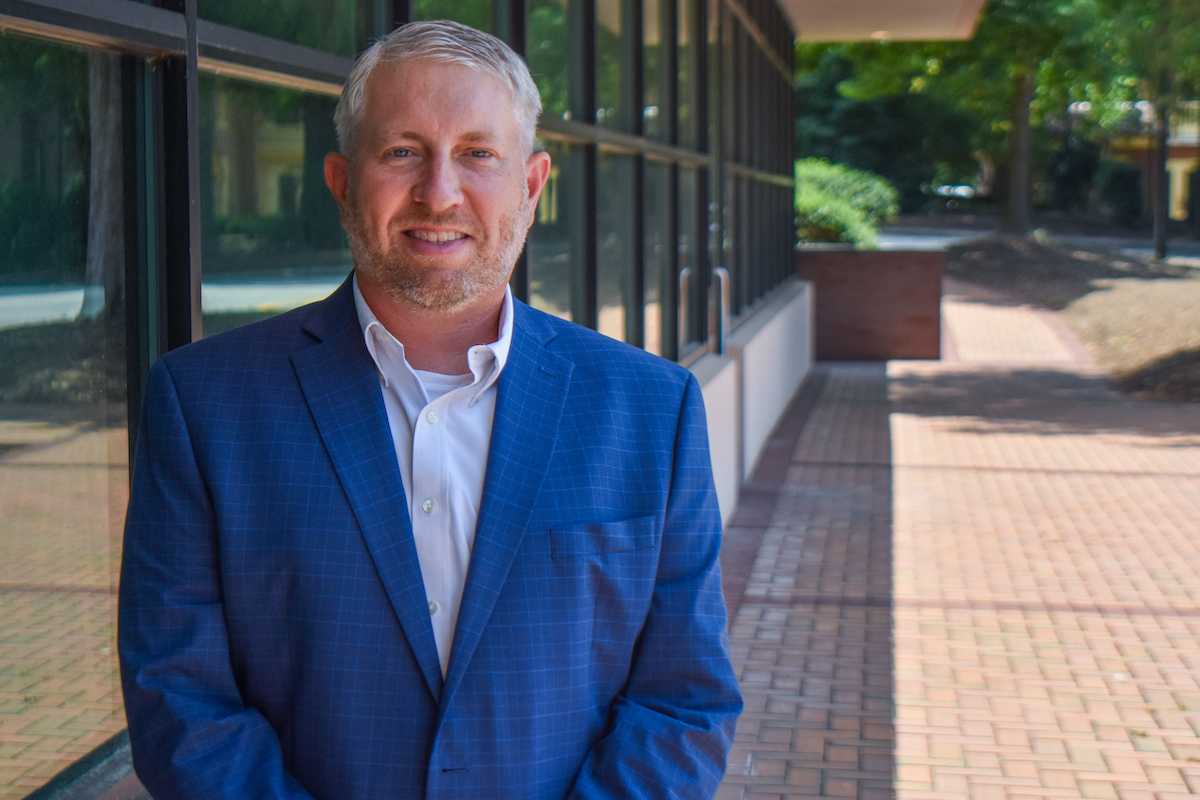 The following is the weekly report from the Deputy Town Manager:

After three weeks of weekend snow, Groundhog’s Day came and went with a prediction of six more weeks of winter – followed by two sixty-degree days. Welcome to North Carolina winter – sorry Sean! In all seriousness, I am thankful that our staff received a much-needed break from snow removal this weekend.

In other news, I look forward to seeing each of you on Thursday at the Quarterly Meeting. Staff will provide updates on our branding effort, as well as other financial, capital project, development, and environmental updates. By the end of the meeting, you should be completely up to date so there will not be a Council Weekly Report on February 11. 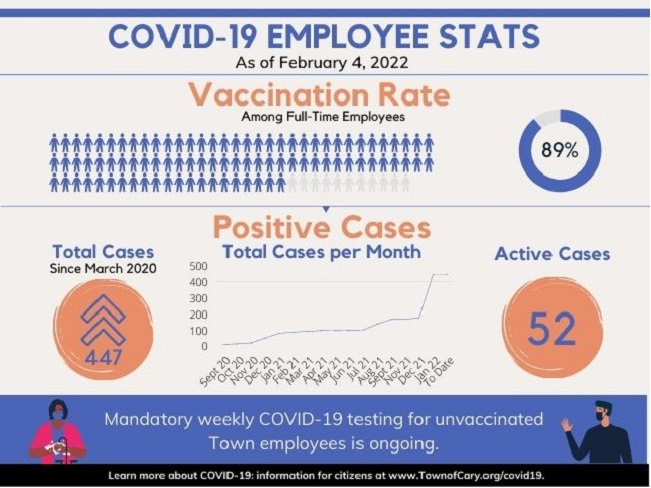 Cary leads the county in the percentage of most boosted out of those eligible. Cary is second in case rate per 100,000. Infections and hospitalizations are declining in the county and state. 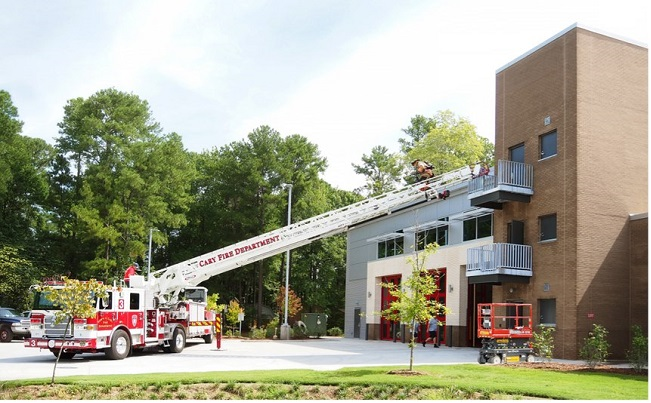 Recognition awards go to those projects for which four out of six jurors agree that the project exemplifies excellence in all aspects of planning and design, including site plan, floor plan(s), innovation, and architectural image.

An online magazine, FireRescue1, spotlighted the award in its January 28 edition.

Cary will host a virtual community rezoning meeting on February 16 at 6:30 p.m. to provide a second opportunity for citizens to provide comment on the proposed rezoning at 921 SE Maynard Road (21-REZ-18). In partnership with Laurel Street LLC, this town-owned site is proposed to be developed into 130 mixed-income units, consistent with the goals of the Cary Housing Plan.

For more information on the development visit the 2021 Rezoning Cases page  and to register for the meeting, visit the Virtual Neighborhood Rezoning Meetings page.

Construction of two sand volleyball courts began this week at Thomas Brooks Park. Contractors will clear, grade, install court drainage, a retaining wall, fencing, and lights, then staff will finish volleyball courts by installing sand and netting. The courts will be open this spring.

Beginning on February 8, the northbound lane on Academy St (from Chatham St to Cedar St) will be closed to traffic while crews install a new water main as part of the annual water main replacement project.

Once this segment is finished, it will complete a larger run of pipe between the Field Street elevated water storage tank and the heart of downtown. Traffic control signs and barricades will be posted and a detour around the work area via Chatham St & Harrison Avenue will be in place.

The work is expected to last approximately one week. Southbound traffic on N. Academy St will not be impacted.

Cary’s phone service provider, Windstream, experienced issues this week causing the Town to be unable to receive inbound calls for a portion of the day Wednesday.

Windstream moved the Town’s circuits which supports the phones to a new piece of hardware and removed the legacy hardware to reduce the potential for outage due to failure. In doing so, the new hardware was not processing calls correctly.

To get phones working properly Windstream rolled back the change and put the legacy hardware back into service.

This action restored phone services. Staff was unaware that Windstream was making changes, and Windstream has committed to coordinating the next maintenance window with MIT Operations to ensure staff is on site to prevent this issue from impacting Town business in the future. 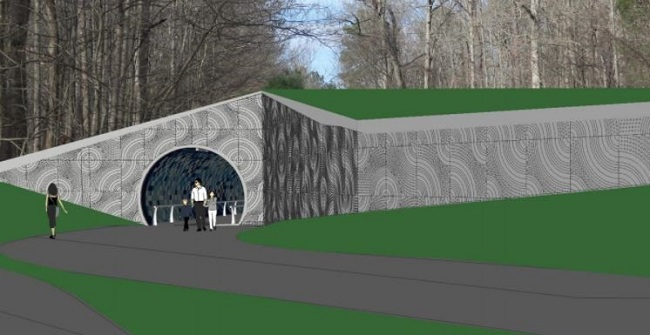 A virtual public meeting was held on February 3 with nearby residents and local businesses for the Weston Crabtree Connector greenway project. Staff along with consultants from Withers & Ravenel presented project location, goals, and artist renderings of the future trail and pedestrian tunnel.

The project will complete a 1,000-ft gap between the Crabtree Creek Greenway and numerous neighborhood trails to the south. The tunnel, which is proposed to be similar to the one on White Oak Creek Greenway near Davis Drive, will safely carry greenway traffic beneath Weston Parkway.

Meet and Greet with the Jewish Community Relations Council

The JCRC is a locally based organization which operates as the local, grass roots affiliate of the Jewish Council for Public Affairs organization. They aim to represent the consensus of the organized Jewish community in the cities in which they operate, and then assist in consulting other local stakeholders on matters of importance to Jewish community values.

Both groups discussed how the JCRC can serve as a liaison to the Police Department, and how together we can form a partnership to find solutions through collaborative problem solving and improved public trust. To quote the Jewish Federation of Raleigh/Cary, “together we are the community!”

Next week’s activities include staff meetings, tapings for the State of Cary Address, a staff-council quarterly meeting, a North Carolina Metro Mayors meeting, a surprise birthday party, and a meeting about a celebrity dance for Cary Diwali this year.

Well, that is all for this week. My next post will be on Sunday, February 13th. Although I have Facebook and Twitter accounts those are not the best means of communications with me. Please send all Town of Cary questions or comments to Harold.Weinbrecht@townofcary.org and email personal comments to augustanat@mindspring.com.