Cary, NC — Charlotte Phelps was born in 1941. In 1947, her family moved from Angier to a house on Academy Street in Cary, and she started first grade right after they arrived. In 2009, she shared with us some of her childhood memories in Cary. 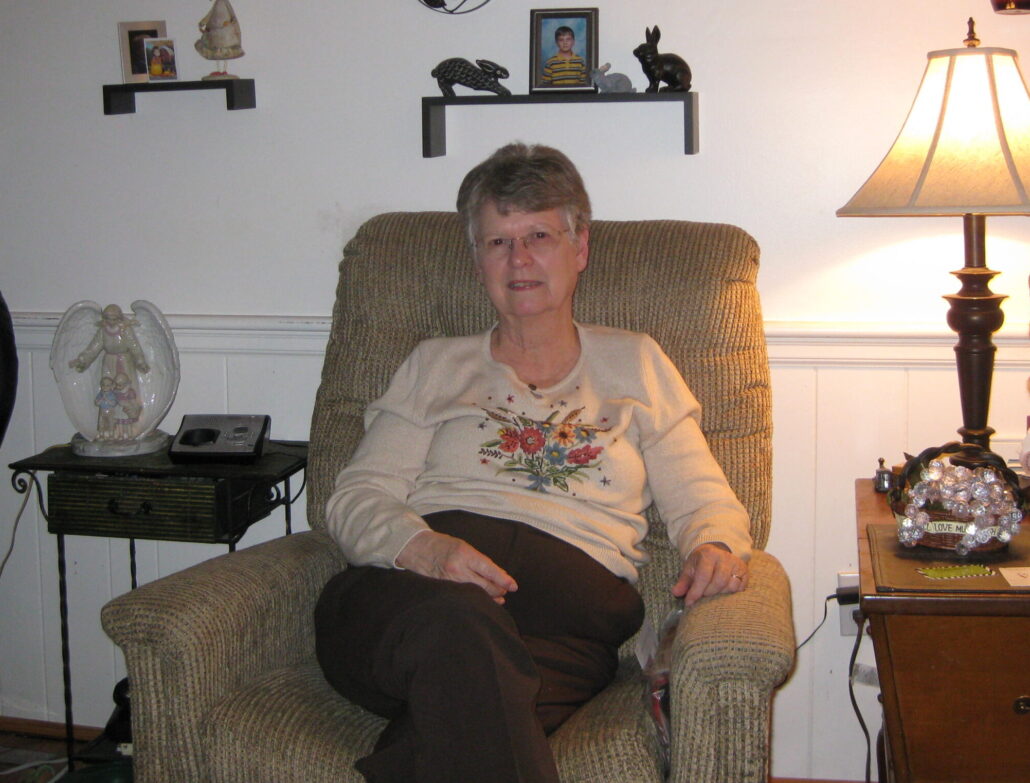 “Our house was diagonally across the street from Cary High School at the head of Academy Street. We had the famous, historic oak tree in our yard. Our house was torn down years ago, and now that tree will soon be cut down, too.

The tree was special to me because we had a large treehouse in it that my father wired with electricity for a light. A rope was the only way to get into the treehouse, hand over hand. You had to shimmy your way up. We then pulled it up so anyone we didn’t want in couldn’t get up. It was a fairly good-sized treehouse, big enough for several people to sit down and tell ghost stories or play.

All around Cary was mostly farmland. The Maynards farm stretched behind us to where the mall is now, and that’s all that was behind us. Down across from the high school on Academy there was nothing there, and along Walnut Street too. Ten Ten and Penny Roads were just woods, and most of it wasn’t paved. I quickly knew my new home by walking the streets all over downtown, never fearful. If you wanted to go somewhere, you walked. You didn’t have cars as teenagers, not many people had cars.

Dr. Hunter lived two doors down from us. His property connected with ours. He had a pond back there. His son Jackie, my two brothers and I would play back there, swim and fish. Charlie Adams and Johnny Upchurch lived on our street, and I played football and kick the can with the boys. Then a few girls moved into the neighborhood for me to play with.

We went to the Cary Theater and got popcorn. We went to the drive-in movie theater, too, where McSwain’s trailer park is now. We went to both Ashworth’s and Mitchell’s drugstores and into the Denning’s Grocery Boy store. We knew everybody in town.

One Christmas, I got an Easy Bake oven that came with a tiny pot. My mother gave me navy beans to cook in the pot in my oven. She baked tiny biscuits for us. My friends and I had tea parties, with the beans and biscuits, and we drank “tea” from little cups.

I was in the Girl Scouts. Alice Batts was our troop leader and she was great. Once, we sold things to raise money to go to Williamsburg on a trip. I babysat a lot, including for the Ashworth’s kids growing up.

When Mr. Capenella was the band director at the school, I was in the fourth or fifth grade. He had junior majorettes and I was one. I had my outfit, a hat, and a baton. Occasionally during school hours we’d have a parade down the street.

My brothers and I had some unusual pets, including a ring-tailed monkey and a black pig named Oink. We also had a cat that could climb up on a porch chair and ring our doorbell to show us the mouse he just caught.”

Cary’s Election Delayed Again, Set for May 2022
Scroll to top