Cary, NC — The major event of this weekend will be the 45th annual Lazy Daze Arts & Crafts Festival at the Cary Town Hall campus on Saturday and Sunday.

In addition to shopping the works of the 150+ featured artists, there’s a lot more to see and do, including a free night of live music, art and dancing at the Matthews House.

A Night Out with Between Two Clouds 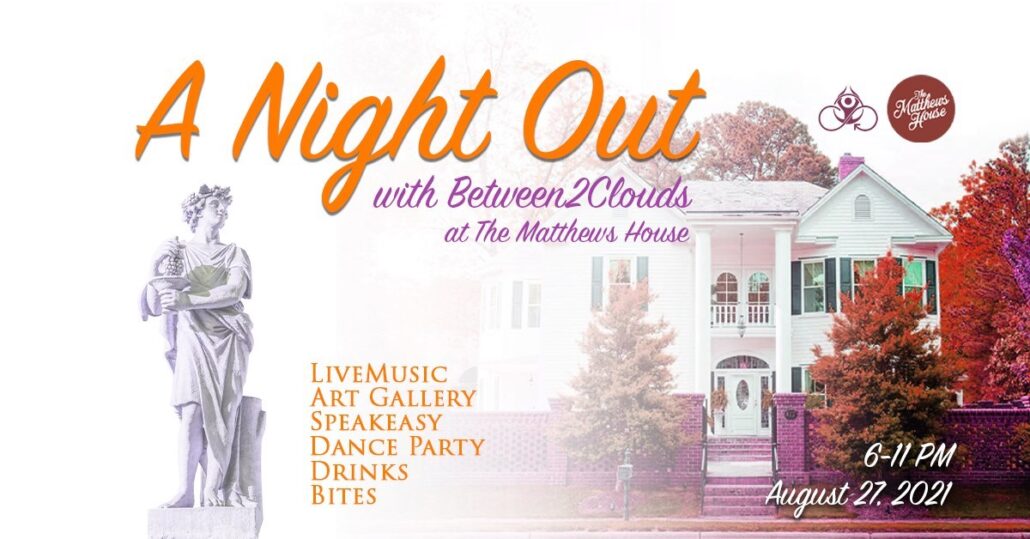 The historic house turned wedding and private event venue, The Matthews House in Downtown Cary will be hosting a couple of public events this weekend. On Friday starting at 6 PM, there will be live music, art, drinks and bites to enjoy as well as a dance party for those so inclined. There is no cover charge and it will be primarily outdoors. See more on the event page.

Owners of the Matthews House will also host a public Wedding Showcase/Open House with vendors in attendance on Sunday from 1-4 PM. 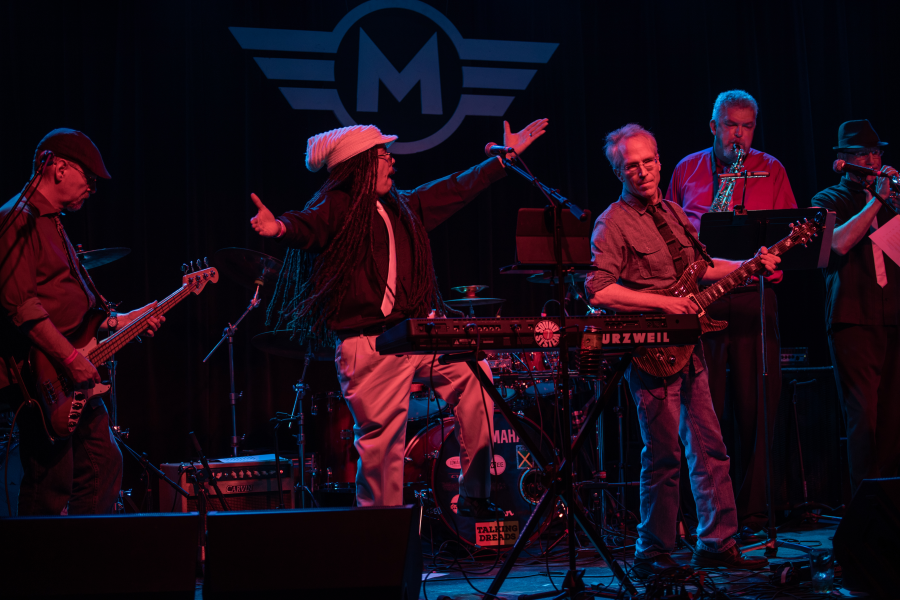 Ska music is more than just Punk Rock with horns. It’s the mother of Reggae music and continues to grow and evolve with roots deeply drawing from Jamaican, British, and American cultures. No preaching! Sound System Seven’s only agenda is having fun.

Their energetic performance sets this band of veteran musicians apart from many others. Originals and covers, Sound System Seven’s songs showcase thoughtful lyrics written around timely ideas presented in catchy, tuneful arrangements that keep the audience engaged and moving. 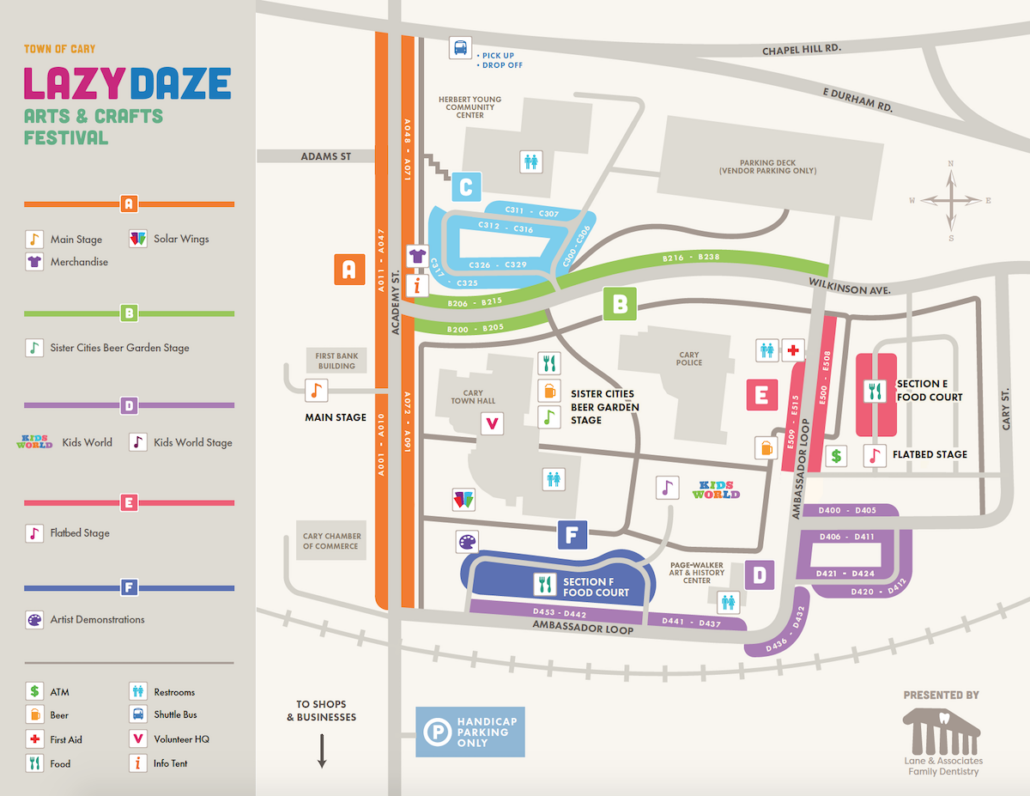 This weekend, the Cary Town Hall campus will be flooded with the smells of barbeque, the sounds of live music and wonderful sights of artwork from all over the country. Last week we published the Guide to Lazy Daze 2021 to help festival-goers to navigate the event, parking and more.

That’s right, the 45th Annual Lazy Daze Arts & Crafts Festival is almost here and we’ve put together a quick guide to help you make the most of this highly-anticipated two-day event. 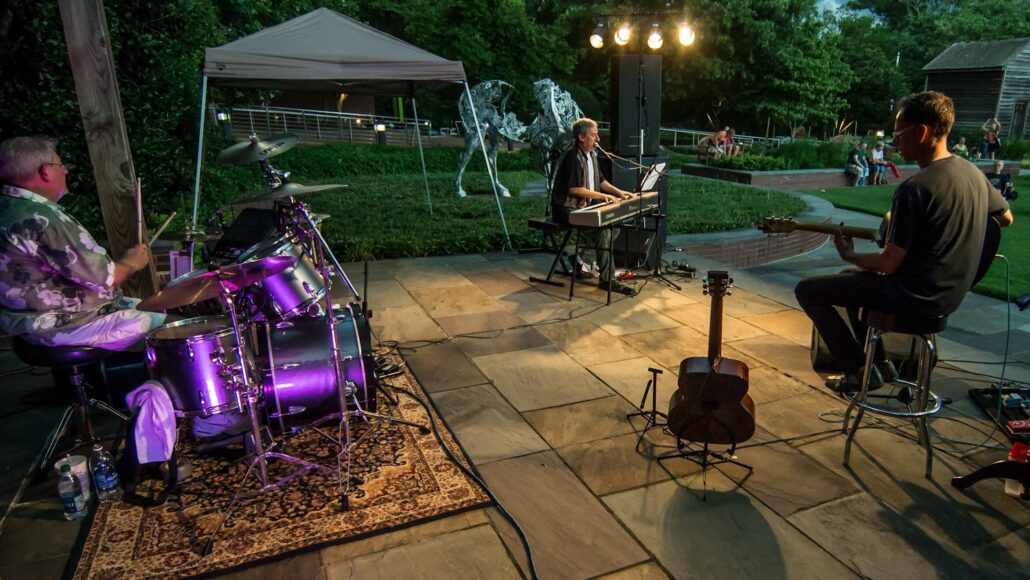 If you find yourself shopping around at Lazy Daze but don’t want the fun to end at 6:00, no problem.

At the end of the first day of the festival on Saturday, August 28, Crosstown Pub & Grill in Downtown Cary will be hosting their third installment of their Summer Music Series. Conveniently, this provides a great opportunity for festival-goers to walk over to enjoy an unofficial after-party.

The live performances will begin at Crosstown at 6 PM and finish around 9 PM. The two featured performers this time around will be Casey Ukulele and Lounge Doctors.

My Salinger Year at The Cary Theater 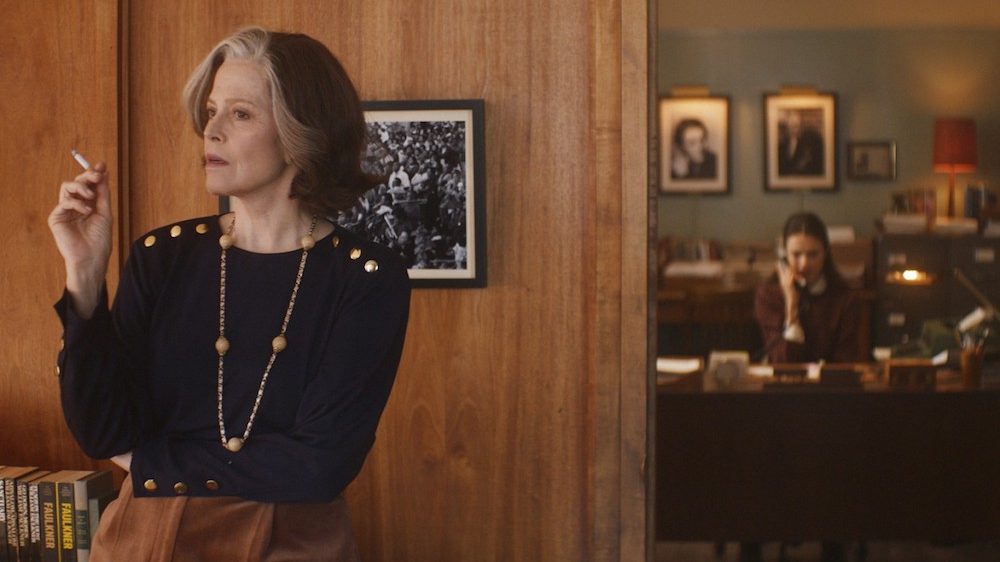 Set in New York in the 90s, Joanna (Margaret Qualley) gets hired out of grad school to be an assistant to Margaret (Sigourney Weaver), the stoic and old-fashioned literary agent of J. D. Salinger. Fluctuating between poverty and glamour, she spends her days in an office where dictaphones and typewriters still reign and agents doze off after three-martini lunches.

Joanna’s main task is processing Salinger’s voluminous fan mail, but as she reads the heart-wrenching letters from around the world, she becomes reluctant to send the agency’s impersonal standard letter and impulsively begins personalizing the responses. The results are both humorous and moving, as Joanna, while using the great writer’s voice, begins to discover her own. 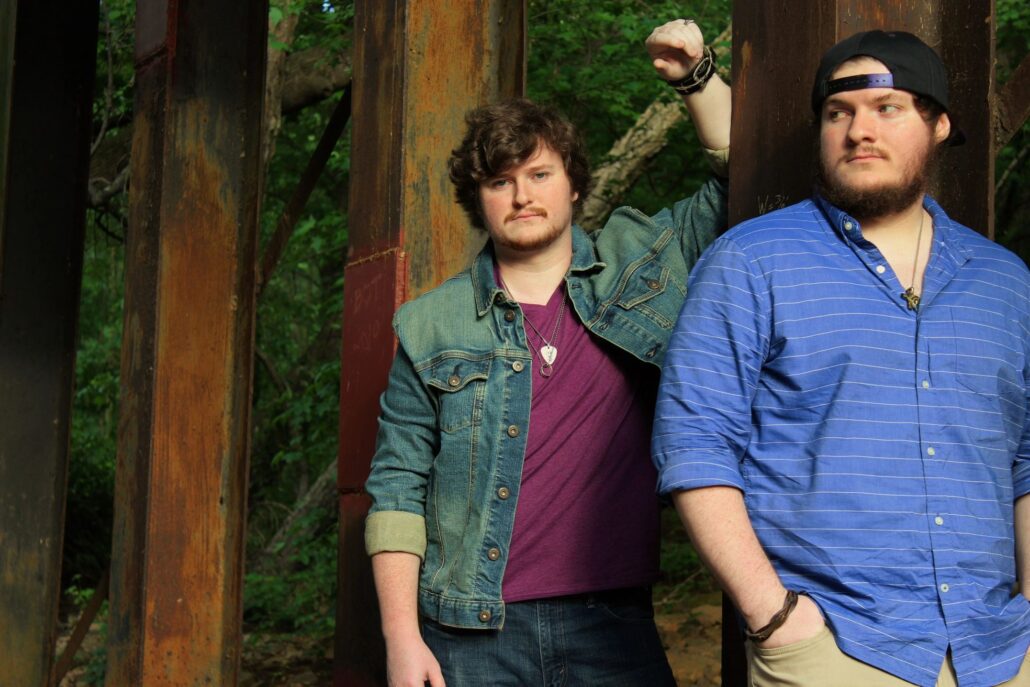 The newly announced Pickin’ in the Pines Music Series will take place Sunday evenings from August 29 – September 26 and feature local and regional talent from 4-6 PM.

Kicking off the weekly series is 2Digh4, a country/rock/pop band founded by brothers Landon and Aubrey Digh from Fuquay-Varina, NC. Formed in 2014, 2Digh4 has played at multiple big events, including the Carolina Country Music Festival in Myrtle Beach, SC in 2016 and the Coca-Cola 600 NASCAR race at Charlotte Motor Speedway in Charlotte, NC in 2018.

The Lazy Daze fun continues on Sunday afternoon. See details in the Guide to Lazy Daze 2021.

Know Before You Go: Lazy Daze 2021
Scroll to top