Cary, NC — For those still deciding on what bubbles to fill in as Election Day grows closer, the Cary Chamber hosted one of its final candidate forums yesterday morning.

Taking part in the virtual Q&A session were 8 of the 12 NC House candidates for Cary’s four districts.

A Glimpse at their Priorities

Here’s a look at the candidates that, depending on what District you live in, will be on the back of the ballot under the “NC House of Representatives” section. To find out which district is on your ballot, you can view your sample ballot using the NC Voter Search tool.

Something common amongst theses districts is that each has a Democratic incumbent running for re-election. 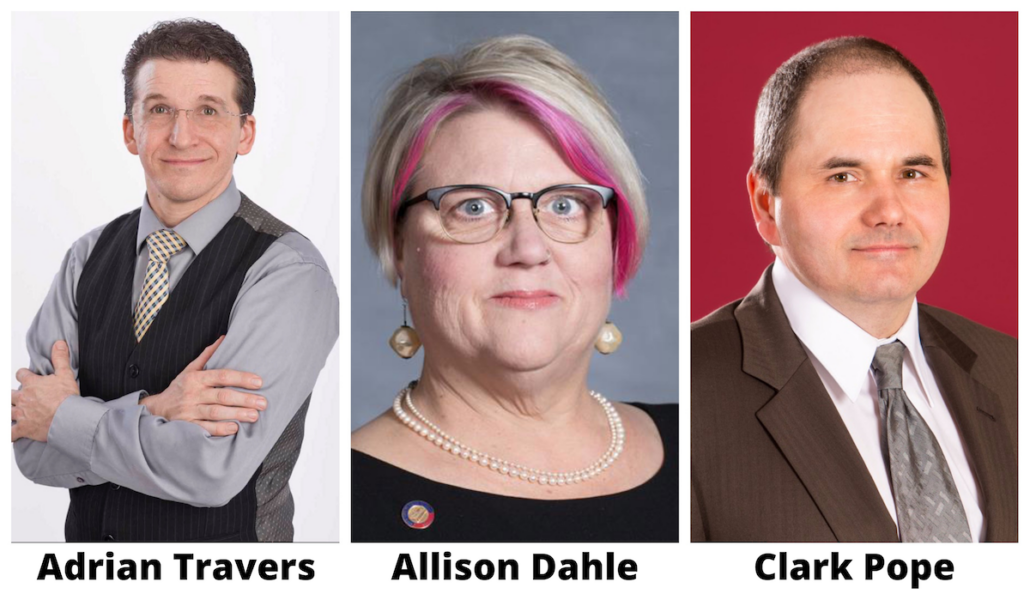 The 11th district had the best attendance with all of its candidates – Democratic, Republican and Libertarian – participating in the forum.

Dahle has been a representative of District 11 for one two-year term and has a background in theater arts and in helping individuals with disabilities find employment.

Travers introduced himself as a 10-year resident of the Raleigh area who believes the people have lost the desire to think for themselves. He said, “We depend way too much on the government to give us our answers.”

Largest issue facing the House in 2021-2022: Getting the economy rolling again.

In his remarks, Pope pointed out that he’s lived the American dream, starting in a northern Illinois trailer park, working his way through school and earning his electrical engineering degree.

Largest issue facing the House in 2021-2022: Budget and Medicare expansion. 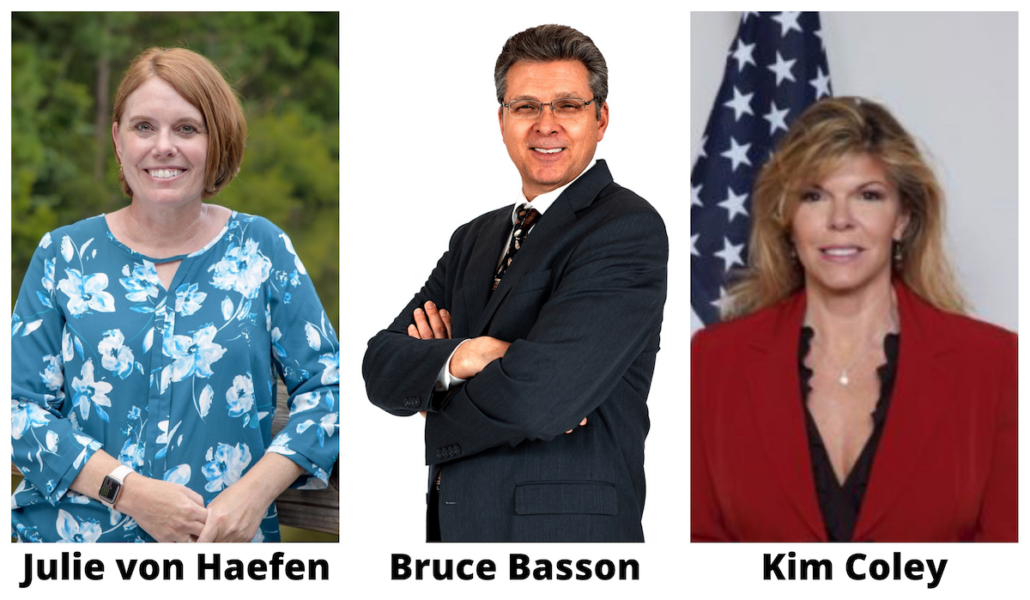 “I am an attorney by trade, but I have been in public school advocacy and PTA leadership for about 10 years,” said Haefen. She believes public education is what needs more investing and a renewed focus.

Largest issue facing the House in 2021-2022: Getting our kids back to school.

As a 26-year resident of her district, Coley says her reason for running is to serve her community and to be available and hands-on in the reboot of the economy.

Largest issue facing the House in 2021-2022: The budget and everyone doing their part.

Note: Bruce Basson (L) did not attend the forum. 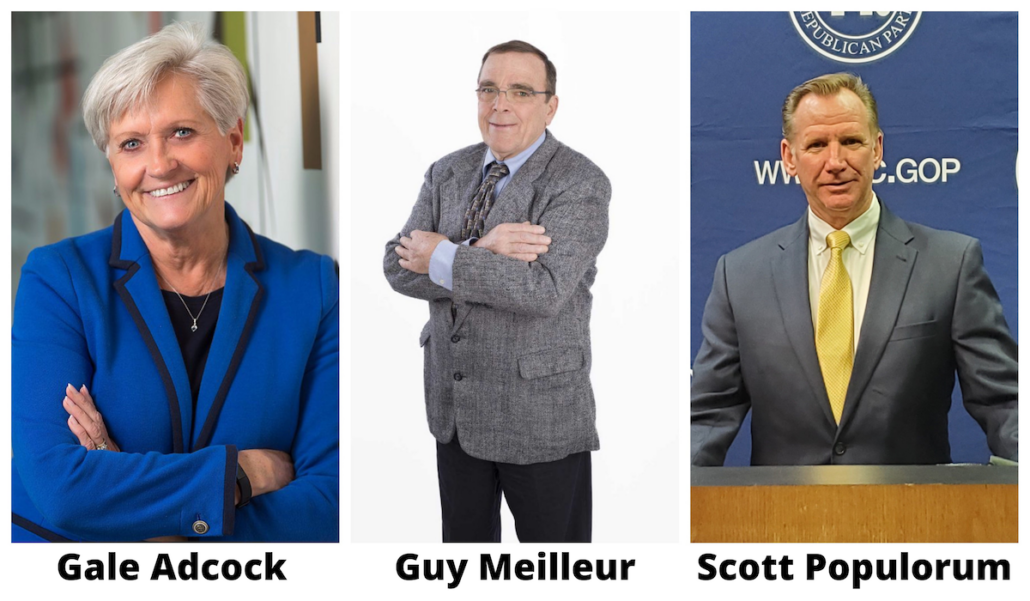 Adcock was elected to the House in 2014 after serving 7 years on the Cary Town Council. She introduced herself as the only primary care provider among 170 legislators. She prides herself on being non-partisan and advocates for small government.

Largest issue facing the House in 2021-2022: Healthcare, specifically access to coverage and providers.

This candidate’s last name is French for “better” and his hope is to bring “better politics and civility” to state government. He’s been a supporter of the Libertarian party since 1976 and sees it as a way to avoid the “bipolar madness we’ve been having.”

Top Priorities: Having a smaller government and returning power to the people.

Note: Scott Populorum (R) did not attend the forum. 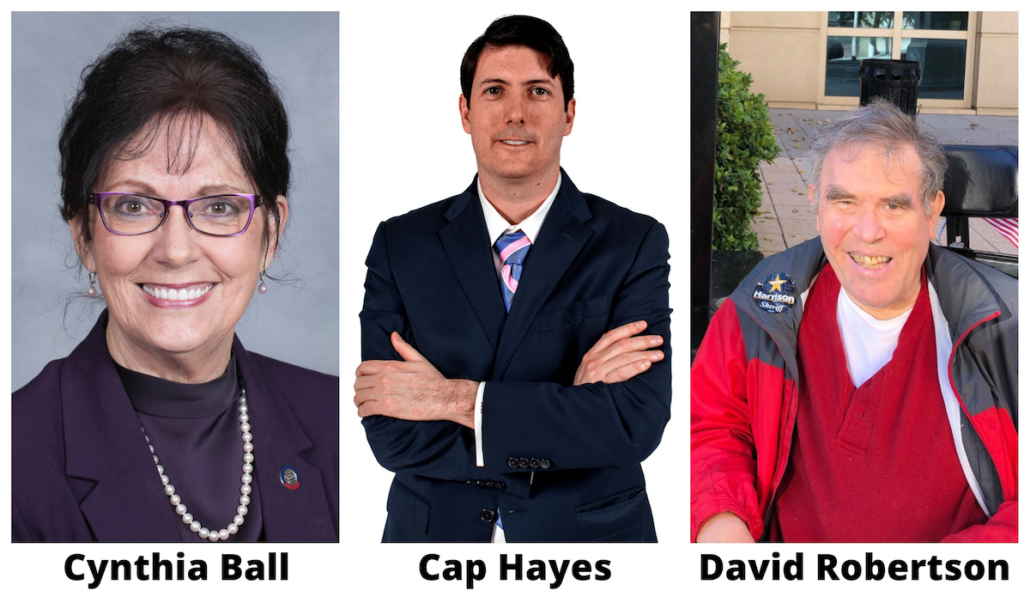 Ball was elected in 2016, 2018 and is looking to be re-elected again to represent District 49. She is serving in her third term on the City of Raleigh Civil Service Commission and advocates for strengthening public education.

Largest issue facing the House in 2021-2022: Making sure we can bring our businesses back safely.

Note: Cap Hayes (L) and David Robertson (R) did not attend the forum.

The first question posed to the candidates had to do with the legislature’s failure as a body to come together and pass a new budget. Each candidate was asked what they would do to make sure history is not bound to repeat itself in this next biennium. By candidate, here’s what they had to say.

Rep. Adcock started off the discussion, explaining how she thinks the recent failure happened.

“It’s the lack of the ability to sit in a room together and negotiate differences,” said Adcock. While some conversations happened, in the end she said both sides dug their heels in and it was an all or nothing scenario.

Adcock said she’s committed to being someone who will negotiate and that bipartisanship is the way to go.

Meilleur, one of Adcock’s two challengers, said he’s all for a more multi-party approach to conversation rather than a two-party one. If the NC House can do this, he says this will help leave the two-sided conflicts behind.

In the big picture for the budget, Meilleur said he’d like to see a frank talk about limiting the state government’s activities and understanding where the state is helping and is not helping North Carolinians. 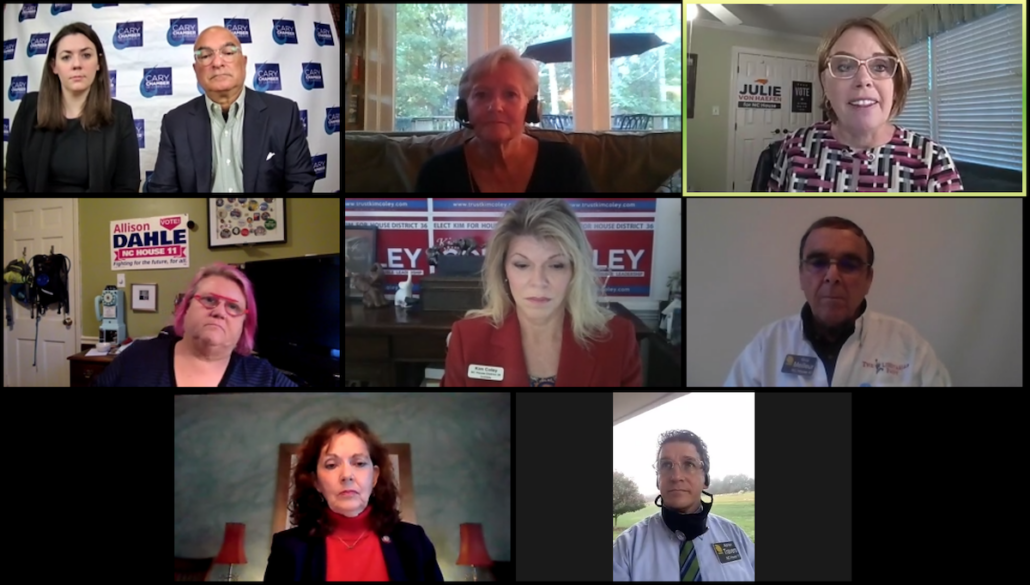 Rep. Ball echoed Adcock’s comments, adding that she’s a professional mediator and as such, she was disappointed that the NC House could not do a better job in working together on building a new budget. She said going forward that the key is in healing the divisions.

Coley agreed that conversations are needed and said she’s ready to listen to other people and build bridges.

“We got so divided and so entrenched in our political views that our teachers missed out,” said Coley. “Many were left wondering why, what happened and why can’t our elected officials come together?”

The answer, she said, was because they weren’t able to communicate and she wants to use her skillset to make things happen for the people of Cary.

Rep. Dahle also committed to standing in the middle, looking at things differently and taking the time to sit through some uncomfortable conversations to represent all parties.

“That’s where we failed. We weren’t willing to sit in an uncomfortable space,” said Dahle.

“The budget fiasco,” as Pope said, is the symptom of a larger problem — a broken political system.

“As a taxpayer I feel no respect for my time and money coming from the state legislature. I think too many people there are thinking getting nothing and having some political gain is better than getting something,” said Pope.

The solution to the budget issue that Pope proposed is all about political reform and putting together a true citizen legislature that will get the job done for their people.

The budget failure, as he sees it, was a lack of legislators listening to one another. As a bartender by trade, Travers says he can listen and serve with excellence.

The libertarian candidate said, “I see that we have a lot of common threads between both parties and those common threads are being ignored because of partisan politics. Myself, I’m there to be bridge the gaps between the two.”

Due of the pandemic, Von Haefen acknowledged that the next biennium will be marked with a huge challenge for the General Assembly. Tough choices will have to be made with such diminished state revenues.

Referencing when Democrats broke the Republican supermajority in 2018, Von Haefen said she was hopeful that the Republicans of the House would sit down with them and work together. The frustrating part, Von Haefen said, was that it didn’t happen. Bills got filed and were not considered and did not come to a point of voting.

As a solution, Von Haefen said it will be important that elected Representatives will have to be willing to sit down and find bi-partisan solutions with all voices at the table.

Story by Ashley Kairis. Featured image screen captured from the live forum, others courtesy of the candidates.