Cary, NC — The Cary Theater, for the first time in its history, is bringing the arthouse cinema experience home for its patrons.

What is Virtual Cinema?

For seven months, the doors of Cary’s arthouse theater have been closed to the public. While this is still the case, the team behind the screen has adapted to the reality of the times.

The Cary Theater crew, in partnership with filmmakers and distributors, are now making new films available through an online streaming platform with exclusive access for ticket holders.

Select films have already been curated and will be released on an ongoing basis through the new virtual cinema program. An announcement on the theater’s website says,

“We believe that by providing safe access to unique, outstanding cinema we can provide a respite for you, our patrons. We hope to be back together with you in-person soon.”

In the meantime, The Cary Theater’s Virtual Cinema is open, featuring newly released films not yet available on more traditional digital platforms. 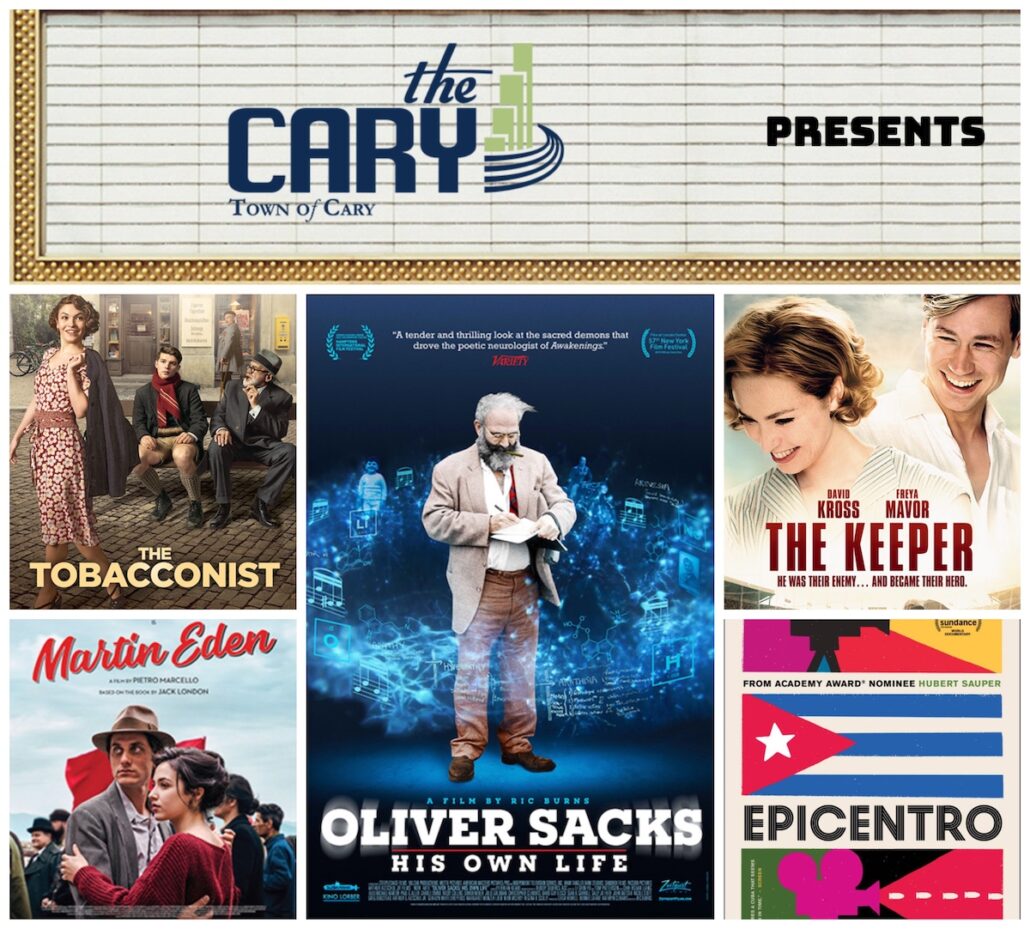 Here’s a one sentence sneak peek at the films screening this month.

A young man develops a friendship with Sigmund Freud during the Nazi occupation of Vienna.

The love story of a young English woman and a German prisoner of war, who together overcome prejudice, public hostility and personal tragedy.

Oliver Sacks: His Own Life

A documentary in which friends, family members, colleagues and patients discuss the remarkable life and career of Dr. Oliver Sacks.

Filmmaker and documentarian Hubert Sauper explores the history of post-colonial Cuba and the extraordinary people of Havana.

After Martin Eden meets Elena, he tries to achieve a place among the literary elite through self-education.

The theater has partnered with the online platform Kino Marquee to bring these movies home to local Cary film lovers. Each $12 ticket purchased creates a five-day pass to watch the selected film.