Cary, NC — Before I get into the draft selections, a hearty congratulations and thanks goes to Mr. Game 7, Cary resident, Justin Williams on his retirement and contributions to Canes hockey and to the entire NHL. 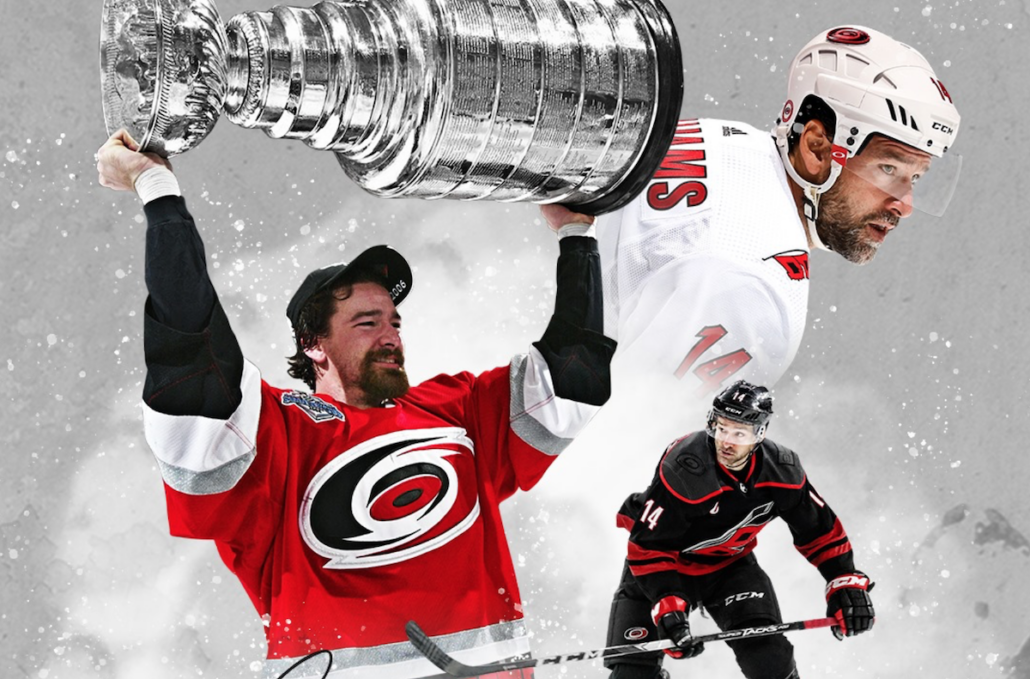 Justin Williams has been a great pleasure to watch not only for his performance on the ice but his leadership skills to younger players on teaching and being a great example of a true professional while balancing the more important family part. Willie is a 3-time Stanley Cup Champion and played a huge role on every team he’s played on.

Who can forget his game sealing empty netter back on June 19, 2006? After shooting the puck, he jumped like he was on a pogo stick on the ice for an early championship celebration. If predictions come true, he’ll take some time off away from the game and somehow find a way to help out his good friend, Rod Brind’Amour back in the Canes organization.

Canes Make Some of the Best Picks in the League

I cannot go into the draft results without giving a huge credit to the entire scouting staff. These are deep, down behind the scenes folks who log countless air miles and time watching literally hundreds of players, talking to coaches and making judgement on not only performance, but potential. No easy task by any measure.

Based on this class of draftees, this scouting group did an outstanding job as the group the Canes drafted has been rated by several ‘experts’ (outside of CaryCitizen) as one of the best for the 2020 draft.

Canes Go With Seth Jarvis in First Round 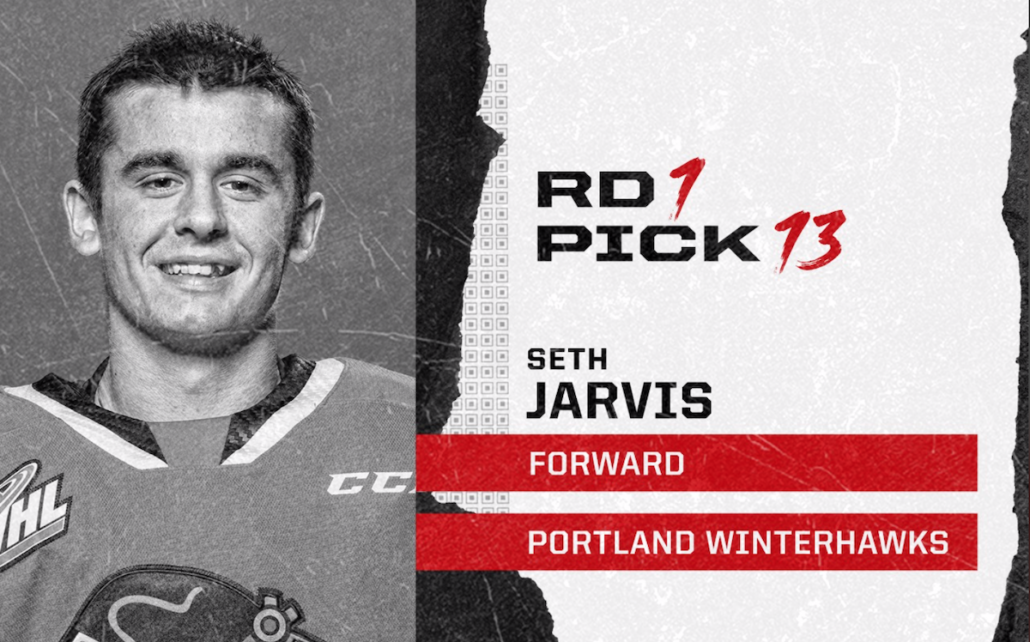 First up is Seth Jarvis, first round, 13th overall (formatted as 1;13 for future draftees). Simply put, great pick. Jarvis drafted as a center, but that could always change. Last season was great, his second half of the season was off the charts, scoring 26 goals and 37 assists in just 26 games.

Just close your eyes and think of him with Aho or Svechnikov on a line and you’ll be shaking your head with a Kelly-like smile. The entire draft group has one common trait as defined by Darren Yorke, head of scouting for the Canes and that’s “hockey sense.” This means having the ability to read the opposing defense, find open space, anticipate positioning by nearly everyone on the ice — all while making a play.

All draftees also appear to be very agile and athletic. Speed is another common trait. Jarvis has all and then some. The Canes and several draft trackers had Jarvis going in the top 10 so getting his at 13 was a steal.

Second Round Goes to Gunler and Ponomarev

This Swedish player was probably the biggest gift the Canes were lucky to get.

Several had Gunler in the top 10 during the year. As a winger, he’s a little like Teravainen, being a great play maker but also has an excellent shot. He’s 6’2” and 176 pounds, but after Bill Burniston sets him up on a nutrition and workout routine he’ll probably add 20 pounds of muscle by the time he makes the roster. Remember this name in a couple of years as he’s going to surprise everyone.

Ponomarev is another fast forward that epitomizes Roddy’s style of play. When asked what type of player he is, he replied, “I’ll help in the defensive zone and find a solution in the offensive zone.” Rod preaches that every day. He’s got a solid shot and is strong on his feet.

Nikishin is the first defenseman and biggest player at 6’3”, 196 pounds, taken by the Canes. More of a defensive defenseman, not the Dougie Hamilton offensive defenseman. Think along the lines of Tim Gleason, but I’m guessing no where near the intimidation factor Gleason possessed.

He will continue to play in Russia for at least the next year or two before making the transition to North America.

Another forward from Sweden that many passed over due to his size, Nybeck is 5’8”, 182 pounds, which back in the day, was the ideal player size. The word on Nybeck is he’s fast, very fast with an eye for the net.

He scored at a pace of 1.5 points per game in a top Swedish league. Long time Caniacs can think of Sami Kapenin as a fast forward with an excellent shot. And yes, he’s heard of Zion Williamson.

The tallest forward drafted at 6’3”, Lucas Mercuri, is known to have a soft hand for a big guy and has good hockey sense. He is similar in height to Jordan Staal and even Eric Staal, but that’s where the comparison stops. The Staals are both great players but neither has ever been accused of soft hands. They’re both nearly impossible to morphed off the puck.

Mercuri is more of a transition player from the defensive zone through the neutral zone. Playing in the Canadian Juniors, he produced more than a point per game.

Another pleasant surprise for the scouting staff was having Pashin available at this stage of the draft. He moved up to the KHL and held his own as an 18-year-old playing against men. He scored a point per game and is another solid pick.

My prediction is he’ll be the second surprise to make it to North America sooner than most predict.

As just the second defenseman taken, Seeley reminds me of Brett Pesce. A stalwart on defense, jumps when opportunity exists but is always cautious not to leave the defense exposed. Certainly 3-4 years away in development, but good potential.

So there they are. Fantastic job by the scouting staff and everyone involved. No player is expected to make the team this year, even if it was a normal year. The draft is just a beginning for these players. Under a normal year, the Prospect Camp would immediately follow the draft but with the pandemic, nothing is normal.

Every player will have numerous conversations with both the conditioning staff and coaches with game plans. Count on the scouting staff to check in on how progress is going for everyone during the season.

The NHL free agency opens today, Friday, October 9 at noon. With the salary cap being frozen, it’s going to be a very interesting free agency season. Rumor has it — several offer sheets, like the one Aho got last year from Montreal and was the first issued in about 10 years, will be issued this year. Biggest team that may be affected: the Cup Champions Tampa Bay Lightning.

The Canes have made 8 qualifying offers to RFAs including Warren Foegele and Haydn Fleury. None have been accepted as of yet, but I suspect all will within a day or two.