Cary, NC – In the last week, daily new infections jumped in Wake County, NC and across the nation. Many tie the spike to the return of students to colleges and universities.

After a month-long downward trend, daily new infections in Wake County jumped back up over 1,000 for the week ending August 23, 2020.

Colleges and universities across the Triangle have responded in different ways to the pandemic.

UNC Chapel Hill drew national headlines by opening and closing their campus with one week. NC State ended in-person classes with much less fanfare a week later, but kept the dorms open. Today, it was announced the dorms at State would close. Duke is still having some in-person classes.

Colleges and universities also have taken different approaches to portraying Covid data and informing their communities. UNC Chapel Hill gets an A+ for their Coronavirus Dashboard. NC State and Duke also have dashboards. 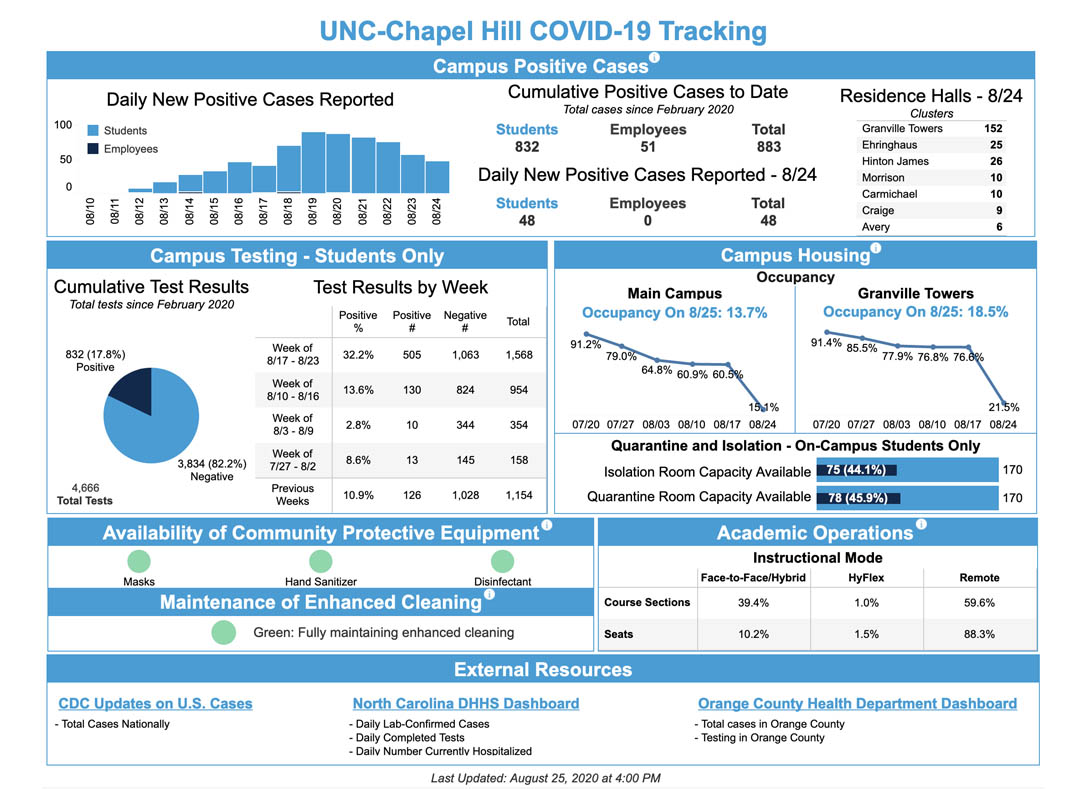 The News & Observer has a chart of Covid-19 data from colleges and universities in North Carolina. UNC has the most cases with 883, followed by NC State with 546 and App State with 202. Duke has reported 37 cases.

The map of new Covid cases in the U.S., so green for the last few weeks, is showing more red and pink in the last seven days, indicating an upward trend in new cases, according to Johns Hopkins. 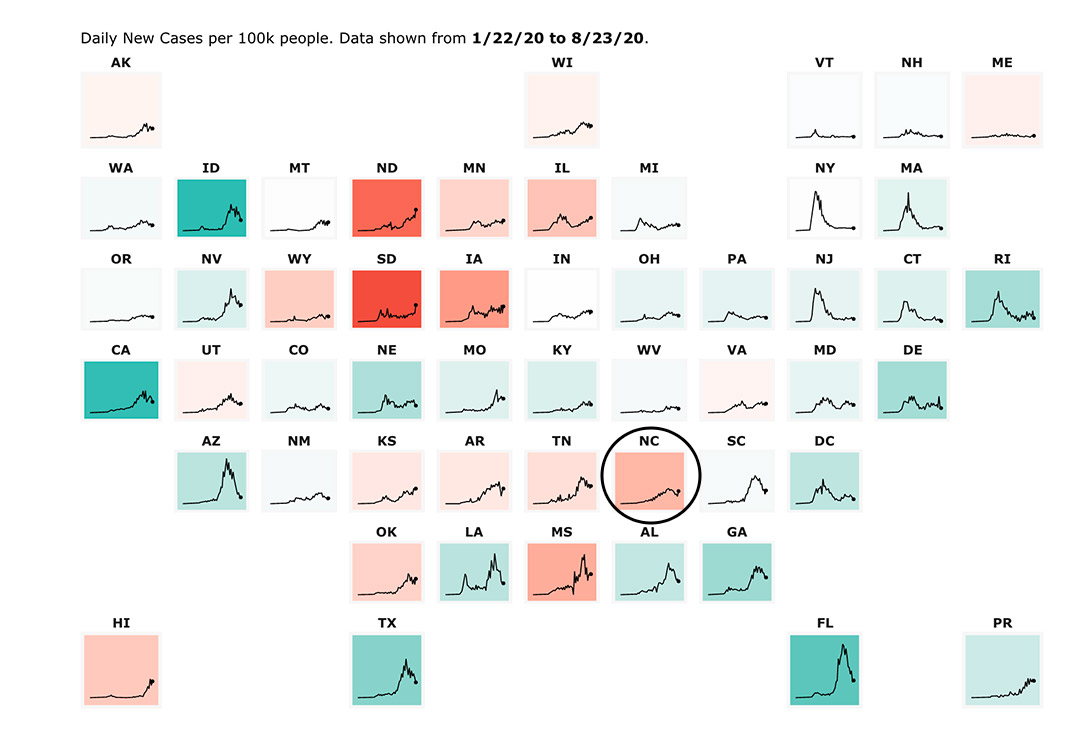 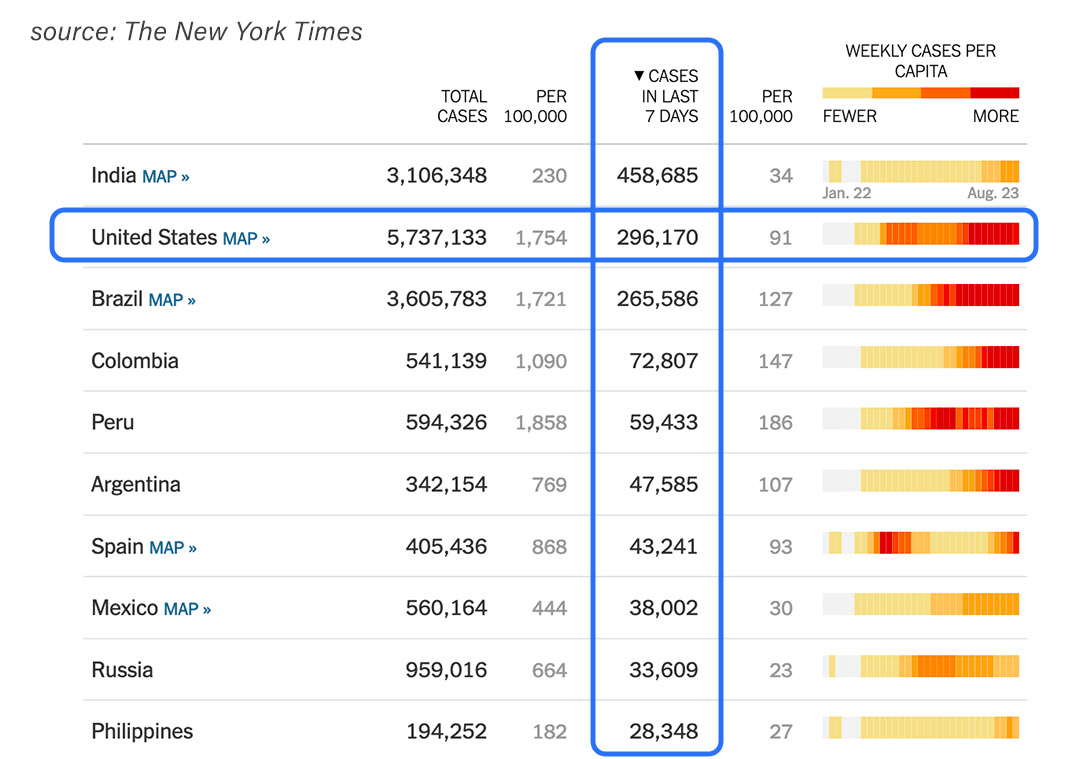