Cary, NC — The foodservice industry has been upended by the COVID-19 pandemic. On the frontlines between our local restaurants and Cary customers are the food delivery drivers.

A local driver with 4 years of experience shares how the pandemic has had its impacts, both positive and negative.

“I started doing Instacart again just before I had gotten laid off from one of two part-time jobs in the hopes I could use the money for some leisure activities, but now have to use the money to keep myself afloat until my unemployment claim comes through.”

“When I started getting back into it, I could easily work from 1- 5 PM Monday-Friday and be able to hit my earnings goals. Now, if I want to make any amount of money, I have to do Instacart before noon or all of the orders are gone.”

Daily Routines: A Thing of the Past 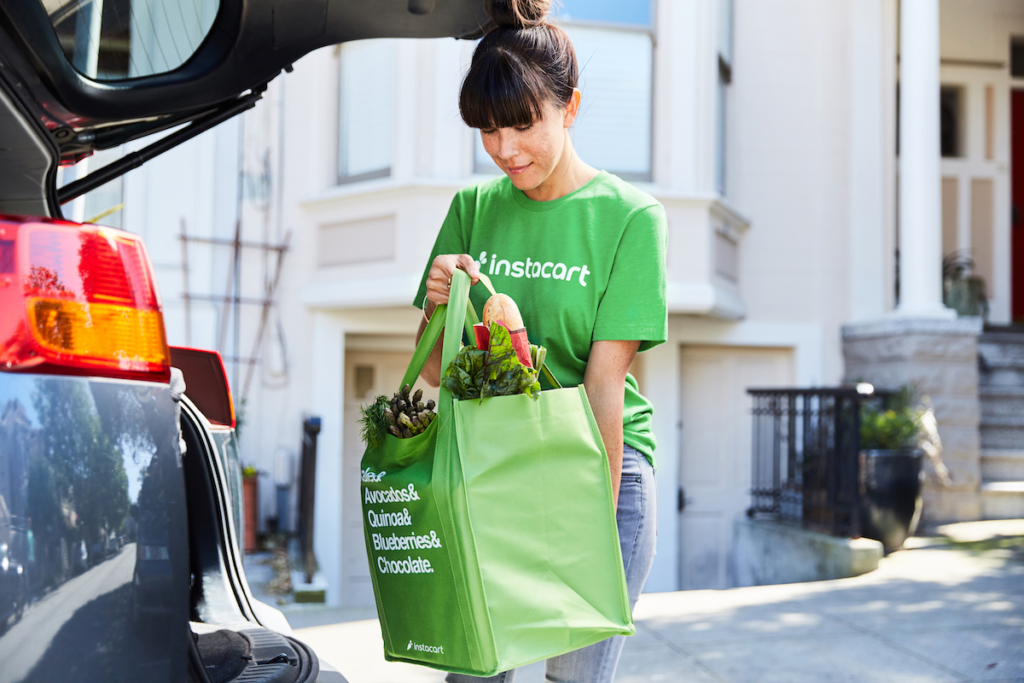 From the moment dine-in opportunities at restaurants shut down, the driver says there was a significant disruption to the typical day’s work.

“For LunchDrop, I’ve gone from a guaranteed five routes a week to anywhere from 1-4, with it being random which days I’ll get a route. The distances I have to drive have also changed.”

Previously doing pickups in the Cary and Morrisville area for drop-offs in the greater RTP area, the driver now frequently picks up in the Crossroads area with deliveries to Downtown Raleigh and North Raleigh.

With a monstrous rise in delivery drivers and fewer routes to capitalize on, we asked the driver about the tipping situation and what positives are out there right now.

The Truth on Tips and Payment

“We don’t make a wage in the grocery delivery world. Delivery drivers employed by a restaurant itself (not Grubhub/Door Dash) do get a wage, but it’s similar to servers (below state minimum wage level). Yes, we agree that it shouldn’t be your responsibility to pay our wages through your tip, but that’s the way our economy is set up.”

In addition, the driver said,

“We don’t see any of the service fees or delivery fees you’re paying.”

“I’ve noticed that at the start of the quarantine, people were very generous in tipping. That has dramatically died off now that we’re into week 6, 7, 8. People were solidly doing 20% at least. Now it’s 10%. People are still not putting a tip on their orders in some cases.”

While the lean tippers are a drawback to the job, the driver says there are the more rare tippers known in the delivery world as “unicorns.” In fact, on the days where drivers get an above and beyond tipper, they’ve coined the phrase, “I caught a unicorn.”

“Tips have gone back to normal now, which is still not a living wage. A whole other discussion needs to be had about how a tip should be for exceptional service, not to pay the wages of the worker.”

While the job comes with its sour notes, the driver has received many thank yous through app texting features and says the people who take the time to reach out are a positive standout.

“I did catch a unicorn who changed her $16 tip to a $50 tip after delivery. It was a thunder-storming day so it made life a little better that day!”

Another fringe benefit of deliveries in a pandemic is the noticeably lower traffic on the roads. 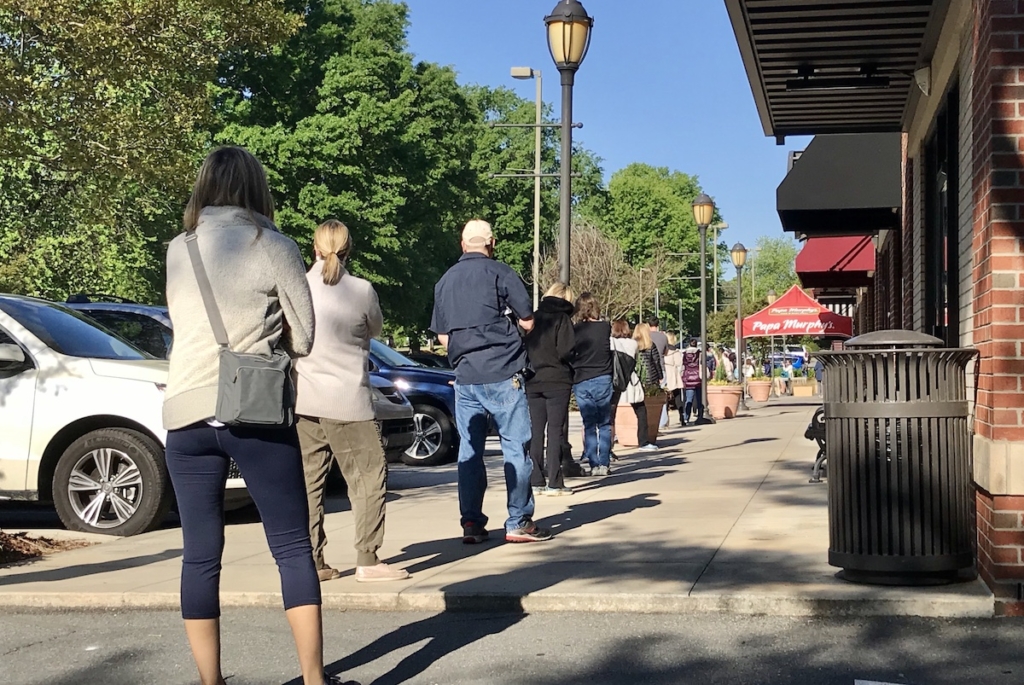 On Friday morning in April, the socially-distant line to get into the Cary Trader Joe’s wrapped two sides of the building complex.

As an Instacart employee, this driver has had a front-row seat to what’s happening in local grocery stores. For starters, the shopping experience that was once a family activity has transformed into a solitary or duo activity. On the other end of the shopping grocery shopping equation, the driver said,

“Stores have definitely cut down on staff. You’d think they’d move them all to stocking but the stores don’t have product to stock.”

While some stores like Food Lion are staying open late, many others close up shop earlier than ever before. The driver says fewer people are out on the town later in the evening and that elderly shoppers continue to take advantage of the earlier shopping hours set aside for higher-risk residents.

When asked how the pandemic has influenced the local delivery community as a whole, the driver had this to say.

For more context into this divide, the driver recommends viewing the Instacart Shoppers Subreddit page where various delivery people share their experiences.

What to Know as a Customer 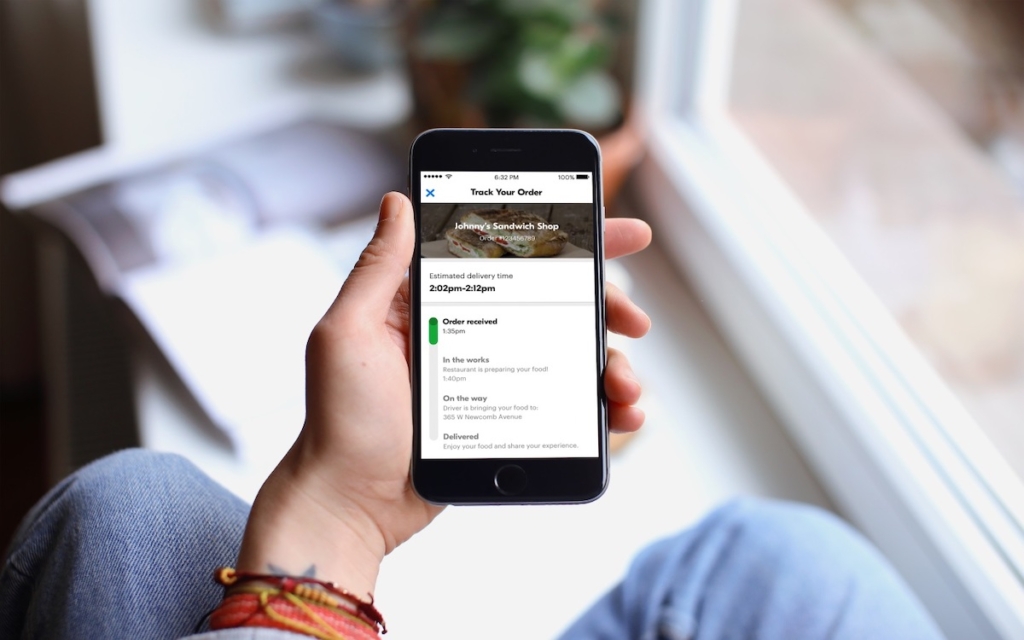 According to the driver, the public should understand a few key things.

Firstly, drivers don’t work for the stores being ordered from, except in some rare cases. “We don’t associate with the staff of those stores or restaurants and have no idea what’s going on in that business.”

For customers who want to find ways to show their appreciation, the driver says, “There are so many ways to say thank you for the risks we’re taking that don’t have to do with money.”

Outside of tips, customers can leave hand-written notes, offer a wave of appreciation through the window and those who are willing can even add an extra box of pasta or chocolates to their order for the driver to take home.

A little extra patience and forgiveness is also a way to show gratitude to the drivers. With long lines and lower capacities allowed in stores, drivers may be running later than the apps predict.

“It’s not because we’re being lazy. Just remember everything that happens in a grocery store.”

Two final tips for the public are to provide specific instructions for the delivery location and turn on your porch light at night if you have one.

As restaurants will start to slowly re-open in the near future, the driver urges us all to not forget the hard-working delivery drivers out there who have made this time far more bearable and safe for the community.