Cary, NC — The doors of the Cary Theater have remained closed for more than a month, but the planning and behind-the-scenes work have continued on.

According to Jennifer Warner, Senior Marketing Manager for the Town of Cary, the course of the COVID-19 pandemic remains unknown and so does a time frame for the theater’s re-opening.

“What we do know is that the safety of our citizens is our highest priority and that will always be the barometer when decisions are made about reopening and scheduling events,” said Warner.

A light in the distance for theater-lovers, or as the theater affectionately calls them “cinephiles,” is the rescheduling of The Cary Theater’s 3rd annual Beyond Film Festival. Previously scheduled for mid-June, the 2020 festival is now set for September 24-27.

What to Expect From This Year’s Talent

As in years past, the Beyond Film Festival this fall will be a hub for film buffs to enjoy a wide variety of independently produced short films and screenplays. The four-day event also includes filmmaking and screenwriting workshops for all ages.

This year, the theater received the most submissions of any year and the film jury was impressed with the quality of the entries. With no specific theme to limit the creatives, the films this year are very diverse with genres ranging from romance to horror.

“We haven’t announced the films officially yet, but I can tell you we have 31 films from five states and two international countries – Serbia and Argentina,” said Joy Ennis, Operations and Program Supervisor at The Cary Theater.

With four workshops and talkbacks after every block of films, Beyond offers a real-time look into the minds of filmmakers. All festival-related events will be located within walking distance of the historic downtown theater.

The festival has previously kicked off with a free outdoor screening in the Downtown Park and Ennis says this year should be no different.

While the festival may change and evolve each year with new films and daily events, the heart and soul of what it’s all about has remained the same.

“This festival is really about celebrating Cary, and specifically the Downtown area, by bringing people together to celebrate the art of storytelling through film. We’re working hard to give a forum to filmmakers and screenwriters and to offer educational opportunities to both members working in the film industry and cinephiles,” said Ennis.

The effort to bring about this festival each year is one of a large team including festival juries and planning committees. Outside of the inevitable stress and adaptability that has come with moving such a large scale event back 3 months, Ennis said an amazing part of the process has been to see the commitment of the crew behind it.

“I can’t say enough about the festival juries for both the films and the screenplays. They worked so hard and continued to push forward even after the theater had to close. Their efforts have been so appreciated and valuable.  It’s so great to have a group of community members come together and to see the fruit of their efforts, said Ennis. 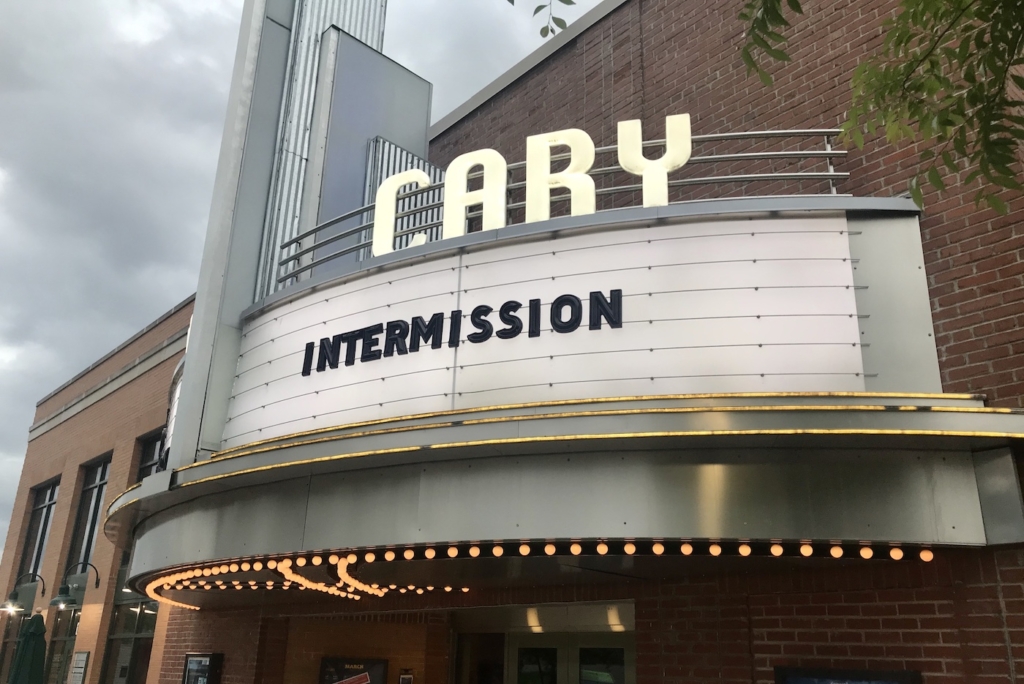 According to Warner, the best way for citizens to support the theater now is to stay at home and help stop the spread.

“We look forward to welcoming everyone back when the time comes,” said Warner.

The best method of keeping up-to-date on new information and festival announcements from The Cary Theater is through their Facebook and Twitter pages.

Story and intermission photo by Ashley Kairis. Other photos courtesy of The Cary Theater.