Cary, NC — Town Manager Sean Stegall is impressed with the work, precautions and adaptability showcased by Town staff since the start of the Covid-19 pandemic.

“I can say with complete confidence that Cary, while no local government could have been experienced with a pandemic, we are as prepared as any local government or community could possibly have been and we’re demonstrating that,” said Stegall on Thursday, March 19.

Stegall, whose job requires occasional in-office work at Town Hall, has been adapting to working from home as much as possible. Following Cary’s State of Emergency declaration from Mayor Harold Weinbrecht, Town Hall and other staffed facilities were closed to the public with the exception of fire and police stations as well as the Citizen’s Convenience Center.

Critical services including police, fire, curbside collections/sanitation, water distribution and wastewater treatment remain uninterrupted. The 311 center, which just launched in January 2020, has even navigated to its new normal with mobile operations.

“Given the fact that it’s new and we are able to do that is a credit to our technology folks and our 311 folks. Because we have 311 and we’re, I believe, the only local government in Wake County that has it, we’re able to consolidate all of our information through there and so we’re able to provide that one-stop-shop to our citizens as far as getting them the information they need,” said Stegall.

While Stegall says he was hopeful the service could continue, he said it was an unexpected triumph.

“I was just in awe of them. It was one nice surprise in a week full of not-so-nice surprises on the national level,” said Stegall.

Stegall said another area that hasn’t seen any big stalling points as of yet is inspections.

“Since our inspectors have their own vehicles, don’t have to come back to a centralized location and many of them work alone, they are able to do the social distancing and keep themselves safe and our work can continue,” said Stegall. 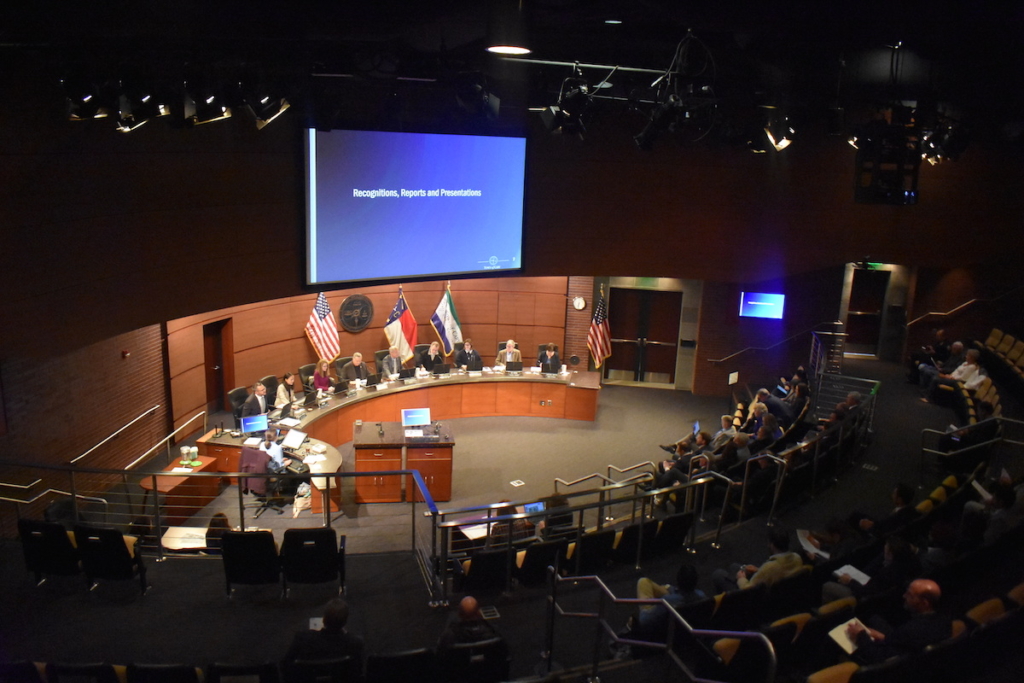 The last regular meeting of the Cary Town Council was February 20 when Cary saw it’s last snow of the winter. Following the annual Council/Staff Retreat the weekend of March 6-7, the only March meeting was set for next week, Thursday, March 26 before it was announced to be canceled.

This begs the question, “How will the Town Council continue its usual business under these new circumstances?” The short answer is they’re working on an answer.

“This week has been all about emergency response, so we haven’t spent a lot of time yet focusing on that, but we will to a larger degree starting next week,” said Stegall.

The council is in a fortunate position as Stegall said the agenda originally intended for the March 26 meeting did not include any items that couldn’t wait until April or maybe even May.

“It is certainly a goal to have a meeting in April and we have to think about how we would do that, what the agenda would look like, and thankfully we have the luxury on time with that whereas other municipalities have some things they have to deal with in the short term,” said Stegall.

Since the outbreak first hit the Town’s radar, Stegall says there are several regional organizations that have been in regular contact with the Town. At the top of that list are the government leaders of Wake and Chatham counties.

“First and foremost, I think the county’s responses have been really on top of things. They’ve been communicating well and coordinating with other local municipalities in the conversations. I just couldn’t be happier with their execution during this time,” said Stegall.

Regional advocacy groups like the Triangle J Council of Governments and UNC’s School of Government have been helping the Town understand what laws could be modified to allow more flexibility.

Stegall said these include open meeting laws so the Town can know how to handle situations like running an electronic council meeting, if necessary. Another big help along the way for Stegall has been the town manager of Martha Paige of Morrisville and Drew Havens of Apex.

“We’re trying to coordinate our activities with those we share a border with and it’s particularly important during a time like this,” said Stegall.

Stegall has also remained in steady contact with the Town Council members who he says are providing both policy support and moral support to the staff. Rounding out Stegall’s regular contact list during this time are Cary business owners to find ways the Town can help out. 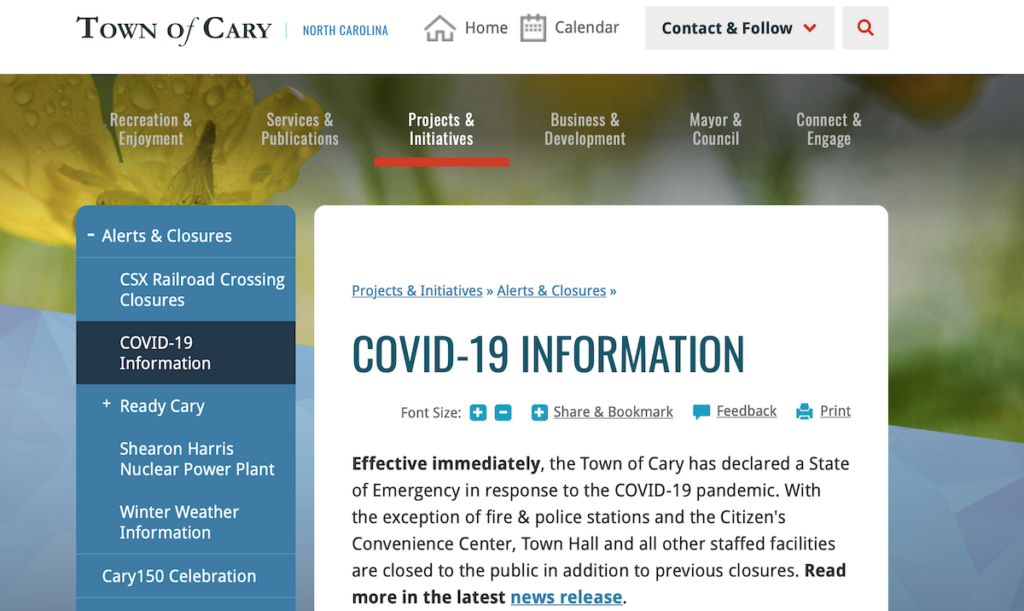 To find the most updated information from the Town, visit their Covid-19 Information Page. If you have a specific question, call 311 or email 311@townofcary.org.

When asked if he had anything to say directly to our readers, Stegall said, “We feel that we’re in a great position to keep you safe as we all ride this experience out together.”

Stegall also suggests that this may be a great time to invest in yourself.

“We all have lists of personal development stuff that might be work-related or not work-related that gets put off because it needs to, but this is certainly a good time to focus on those things,” said Stegall. He also urges citizens to check on loved ones, neighbors and particularly those that may need assistance.

“Just take care of each other,” said Stegall.