Cary, NC — Bob Strother bought what is now called the Matthews House and opened his florist shop there in 1962. He told us about his time living and working in that house. 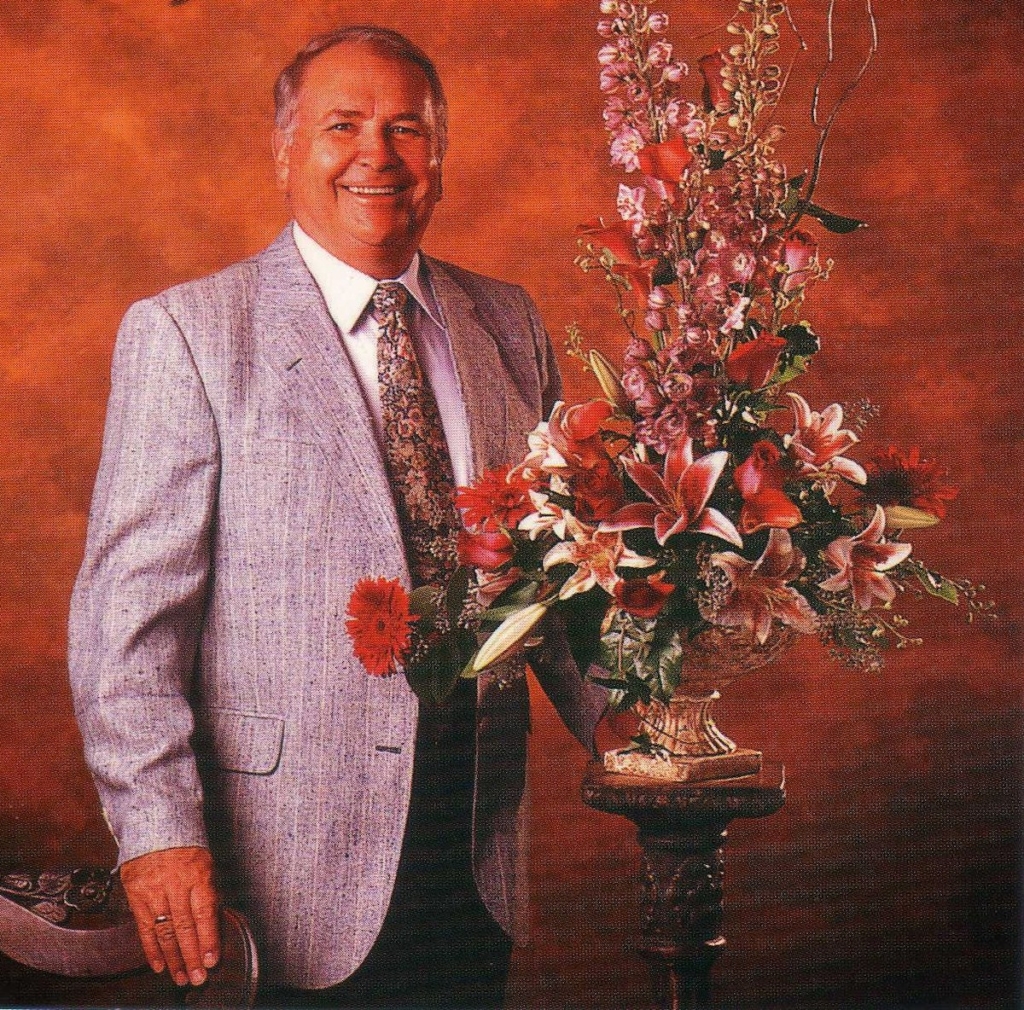 “I bought the Matthews house in 1962 and had my flower shop there for 25 years. I only used three first floor rooms at the start. There was no heating system, so I bought little tin heaters for those rooms. People started calling on the day I opened, on July 16th, 1962. In February of ’65, I renovated the place. In June, I got married and we lived mostly above the shop. Our children were brought up there.

In the shop, we sold a ton of merchandise. Twice a year, I’d go to the Atlanta gift-mart to buy. There were no gift shops anywhere around at that time. People came from all over North Carolina to shop there, especially when I did my Christmas show. I began having our Christmas show a few years after I started the business. I closed the shop on the Wednesday before Thanksgiving. By the time I reopened on Saturday at 2:00, I had transformed the whole house, upstairs and downstairs, into a winter wonderland.

We took orders to decorate live trees, not artificial trees, often with fresh flowers. After twenty years of Christmas shows, when the house got so crowded that nobody could see anything, I decided to end them. At one show, a lady asked me, “Is it okay to use artificial flowers on a dinner table?” I said, “Yes, ma’am, as long as you are serving artificial food.” That story got around town fast. Dad Dunham came one year. He took my hand and said, “Son, you’ve come a long way from the collard patch.”

Eventually, we were living all over the house, but the downstairs rooms were also full of merchandise. We kept our personal things behind cupboards, but we had price tags on everything else in the house. Once, my wife held a meeting there, and somebody brought a friend from out of town. Every table was filled with stuff. When the ladies left, the visitor said to her friend, “Didn’t you think the house was a little much, with all the doodads everywhere? They even had price tags on everything.” When the friend told me about it, we had a good laugh. I said, “Hey, we would have a dinner party, and there would be candelabra on the table with price tags on them. Somebody’s libel to decide to buy one while they’re eating, you know.”