Cary, NC — Cary’s proposed $193 million multipurpose indoor sports complex has moved closer to fruition this week as partial funding for the development has been approved by Wake County Commissioners and Raleigh’s City Council. I sat down with Town Manager Sean Stegall Tuesday to hear more about the planning process and what Cary citizens should know about the project.

The Sports Complex is Just One Part

While the sports complex has gained serious attention, Stegall says the multipurpose recreation center is one element of a larger redevelopment project and will not completely replace the mall.

“There’s office developments, a small amount of retail, not a lot, and a lot of condominiums/apartments,” said Stegall of the preliminary plans for the overall redevelopments.

The proposal for the mixed-use development calls for up to 1.2 million square feet of office space, 360,000 square feet of commercial, 1,800 residential units and 450 hotel rooms on approximately 87 acres. Of these 87 acres, WRAL reports the complex would occupy just 5.

See the two optional site plans below for a better idea of the scale of the complex. 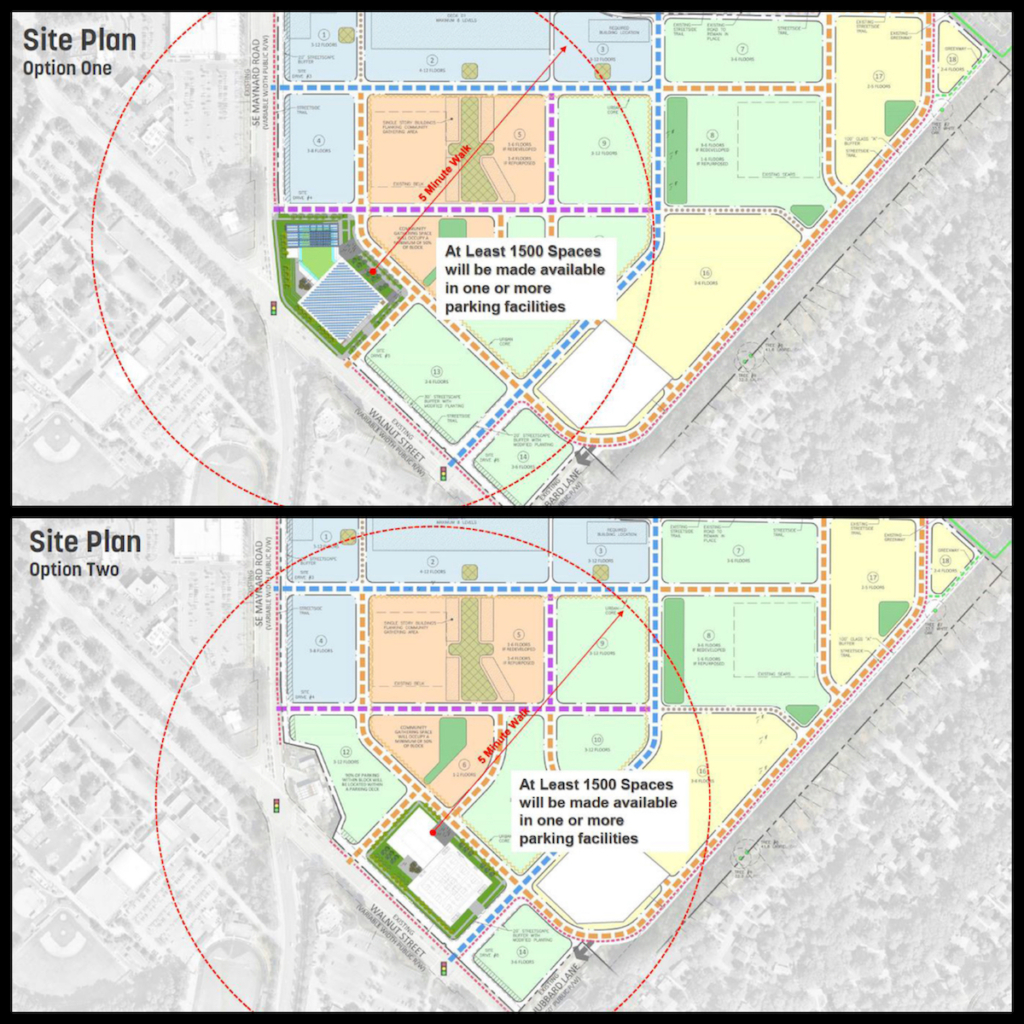 Stegall said the component that makes this redevelopment very different is the process. In this case, to be eligible for the grant funding, the town needed to put in a proposal to Wake County.

“The council itself hasn’t even approved the project, per se, but they did approve us submitting for the grant, so they are fully supportive, but there’s a lot of steps that have to come after this,” said Stegall.

Part of the impression Stegall thinks people have is that what is being seen online of the project is exactly what it is going to be.

“That’s just our initial vision for what it could be, but it will change over time,” said Stegall.

With funding now secured by the votes of Wake County Commissioners and Raleigh City Council, the town will start in its next big step, hiring an architect. According to Stegall, it will take roughly a year and a half for the architect to design the exact look and uses of the development. Looking further down the project’s timeline, construction would be about 4 years from now.

Uses of the Sports Complex

The proposal plans include many facility amenities beyond competition spaces for team sports. The vision for the complex also includes a walking track, weight room and workout facilties, a space for E-sports practice, multipurpose space for events, meetings, exhibits, and more.

When asked if community usage of the complex would require memberships similar to a gym, Stegall said, “We’re not there yet, but there will be some way to identify the people that use it and that will relate back to how we finance the facility. Whether it will be memberships or not, that’s yet to be determined.”

As with any project proposed to be constructed in Cary, Stegall encourages all who have opinions on the project to get involved.

“We will be seeking public input throughout the process,” said Stegall.

Story and featured photo by Ashley Kairis. Rendering images provided by the Town of Cary.