Cary, NC — This week was one of the slower weeks that I will have for the remainder of the year.

Monday I met virtually with the town manager for our weekly one-on-one. We talked about the Cary Tennis Park additions, the Cary Housing Plan, and reaction to the mask mandate. Our meeting was brief.

Wednesday morning, I attended the Cary Chamber’s Eye Rise and Shine with Ted Abernathy. He is a Managing Partner of Economic Leadership LLC. His presentation provided a LOT of analysis of the county’s, state’s, and Cary’s economy. There were a LOT of interesting takeaways from his talk. Here are just a few:

My biggest takeaways are that complex problems will become more complex (affordability, available workforce, housing, the supply chain, etc.) and that in this increasingly complex world, Cary has positioned itself to be one of the best places to live, work, play, and run a business.

Panel Discussion with Class of Cary 101

Wednesday evening, I had the joy of speaking on a panel to the Cary 101 class formerly called the School of Government. Our panel talked about each of the town’s nine boards, commissions, and committees. Afterwards, I had the honor of presenting diplomas to each 17 graduates some of which were virtual. If you are interested in learning how your town operates, the next Cary 101 class will be held in the spring.

Friday’s meeting with the North Carolina Metro Mayors was cancelled due to “very little of significance to municipalities” taking place. Our next meeting will be on November 12th.

Epic Games has requested a special called meeting of the Council to hold the public hearing on its rezoning proposal given the limited number of regular meetings we have scheduled in November and December. We’ve determined that Tuesday, December 7th at 6:30 pm would work, so unless I hear otherwise from you, we will be moving forward to make this happen. Staff is identifying additional items for the agenda to take full advantage of the meeting.
With the upcoming holiday, we will not have a Council Weekly Report on the 12th. However, I will be sending you information early the following week in preparation for the Mini-Retreat, which I’m very much looking forward to. I will be on vacation next week, so please contact Deputy Town Manager Russ Overton if you need anything while I’m away.
Sean 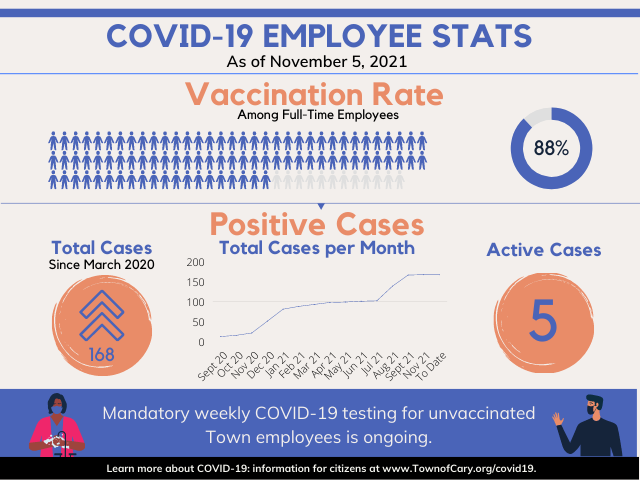 There are currently five active cases among Cary town staff bringing the total to 168 since the pandemic began. Eighty-eight percent of full-time staff has been vaccinated. According to data from the Center for Disease Control and Prevention, Wake County is no long categorized as widespread transmission. 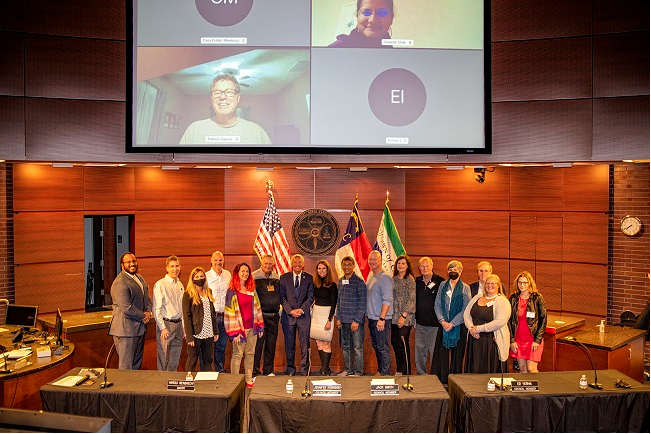 On November 3, 17 citizens graduated from the 10-week citizen’s college known as Cary 101.  After covering local government basics in the “Civics 101” session, the remaining content focused on Cary’s operations, projects, programs and services. Before graduating, students heard from Mayor and Council Members regarding questions about Cary’s advisory boards, commission, and committees to help the Cary 101 participants gain a greater understanding of the work each board does in the community. Congratulations to the 2021 graduating class. 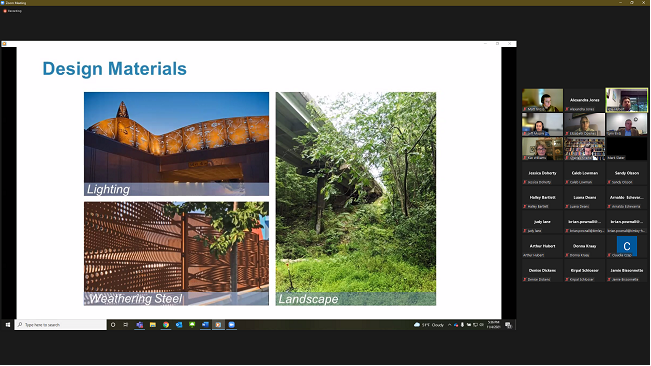 On November 4, over 50 people participated in the virtual public meeting for the Cary Parkway Pedestrian Bridge Project. Discussions included coordination efforts with the Black Creek Greenway Rehabilitation Project, anticipated greenway and roadway impacts, and suggestions for increased pedestrian connectivity outside the project limits. Learn more on the project website. 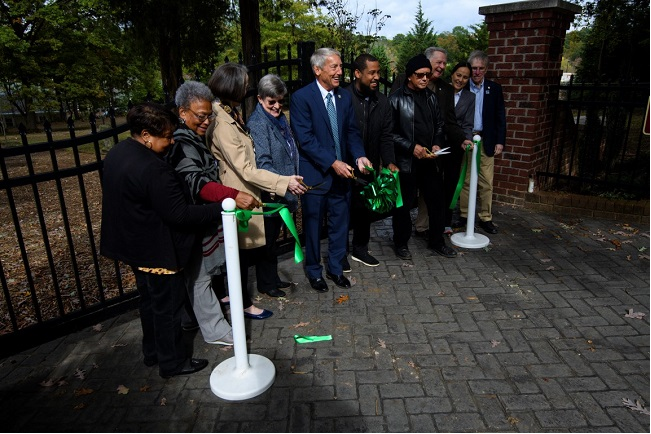 The Mayor and Council joined members of the Cary First Christian Church and Friends of Page-Walker at the church’s cemetery on October 30 to celebrate the restoration and interpretation work completed at the site.

The development team for the new Lee & Associates Headquarters at 413 Kildaire Farm Road is seeking a building permit to demolish the existing buildings at the corner of Walnut Street and Kildaire Farm Road. The redevelopment of the site will include a three-story, mixed-use building with office, retail, and restaurant uses. The plan also includes outdoor seating, a new landscaped median and turn lane on Kildaire Farm Road, an underground stormwater structure, and preservation of a 33.3” champion tree. Demolition of the existing buildings is anticipated to occur in the next few weeks.

The October 2021 Development Pulse is now available for review.

On Thursday, the Reimagine Police Pledge work team virtually hosted a community engagement high school class from Cary Academy. As part of their curriculum, the class is learning about policing and criminal justice in our local community. The work team shared research and data that’s been collected so far and gave a preview of the different ways we intend to engage with various stakeholders in 2022. It was helpful to hear students’ perspective on the topic and illustrate community engagement in their community as an enrichment to their curriculum. 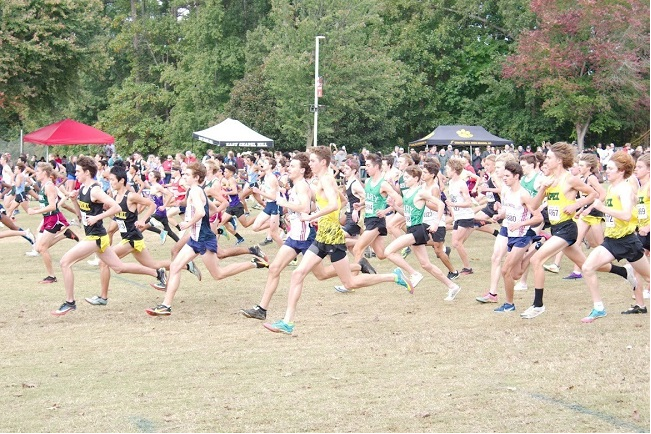 The North Carolina High School Athletic Association recently held its Mideast Regional Cross Country meets at WakeMed Soccer Park on October 30 for all four classes consisting of the 1A, 2A, and 4A boys and girls. 609 runners from 83 schools participated, and individual and team champions will move onto the state championships.

Cary Tennis Park hosted the Tennis on Campus Fall Regional Invitational October 28-30. More than 300 players from 48 colleges across the nation participated. Play started on Thursday morning using 25 outdoor courts and then moved to the covered courts when rain fell later in the day. The eventual tournament champion, Wisconsin, defeated Cornell in the finals.

Well, that is all for this week. My next post will be on Sunday, November 14th. Although I have Facebook and Twitter accounts those are not the best means of communications with me. Please send all Town of Cary questions or comments to Harold.Weinbrecht@townofcary.org and email personal comments to augustanat@mindspring.com.